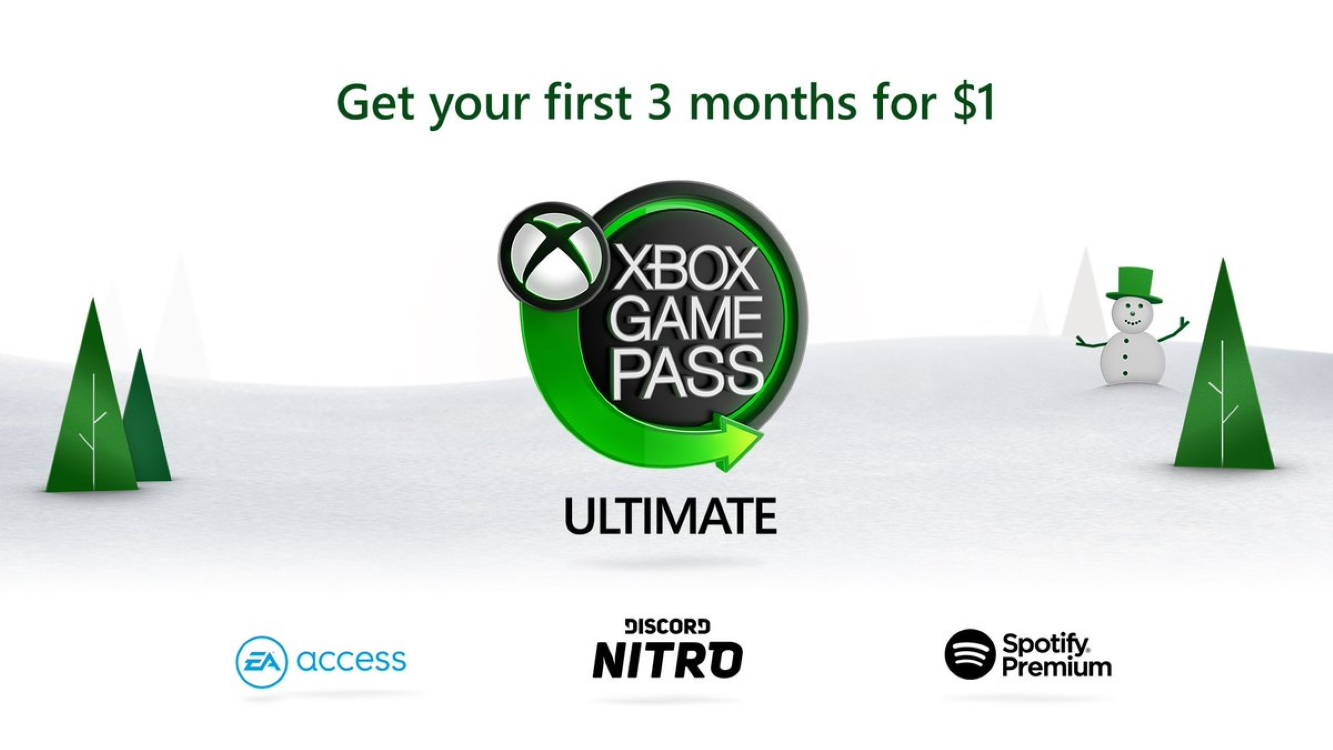 During the recent X019 edition of Inside Xbox, the company revealed some of the amazing Black Friday deals in store for Xbox. Along with these was the announcement that Xbox Game Pass has partnered with a few other services to provide a special deal that is limited to the holiday season, and that deal is finally live.

If you haven’t already become and Xbox Game Pass Ultimate member, you are definitely missing out. The subscription service is available for $14.99 a month, and includes Xbox Game Pass for both your console and for PC, as well as Xbox Live Gold. With Xbox Game Pass, you get access to tons of titles from across multiple generations of gaming, all available as downloads rather than streaming.

The services has been incredibly successful since launch, thanks to some massive titles being included in the service on their release dates. Most recently, the outstanding Obsidian RPG The Outer Worlds was made available through Game Pass on day one, and has been a huge hit. Microsoft recently announced that over the next year, there are a ton of great titles that are coming to the service, including ten Final Fantasy game, Yakuza, and more.

If you are looking to sign up, not only will you get your first three months for only $1, you’ll get a bunch of bonuses as well. For a limited time, Microsoft is offering six months of Spotify Premium, one month of EA Access, and three months of Discord Nitro at no extra cost. It’s a heck of a deal for the holidays, and the perfect time to jump on board the service.

If you already have Xbox Game Pass Ultimate, you can still claim the bonus subscriptions for a limited time. In order to do so, log in to your console as soon as possible, and you should see a button in the middle of the dashboard that says “Your Gift.” Clicking that will bring you to the redemption page, which will give you access to the previously mentioned deal. However, take note that if you are already a subscriber to one or more of these bonus memberships, you may not be able to take advantage of the offer. It’s most likely only available for new subscribers.

This is just the start of the Black Friday deals that Microsoft is planning for this year. Make sure to check out the company’s official Black Friday announcement for the rest of their deals, like Xbox One Controllers for only $40 and the Xbox One S All-Digital edition for only $149.99, which comes Minecraft, Sea of Thieves, and Fortnite preloaded.

'Factorio' Finally Has An Official 1.0 Release Date, Will Continue To Receive Content And Polish Afterwards

Jan 6, 2021 Chris Miller 7070
In a blog post on Minecraft.Net, Microsoft has announced that Minecraft Earth is coming to an end that seems at least tangentially related to the...