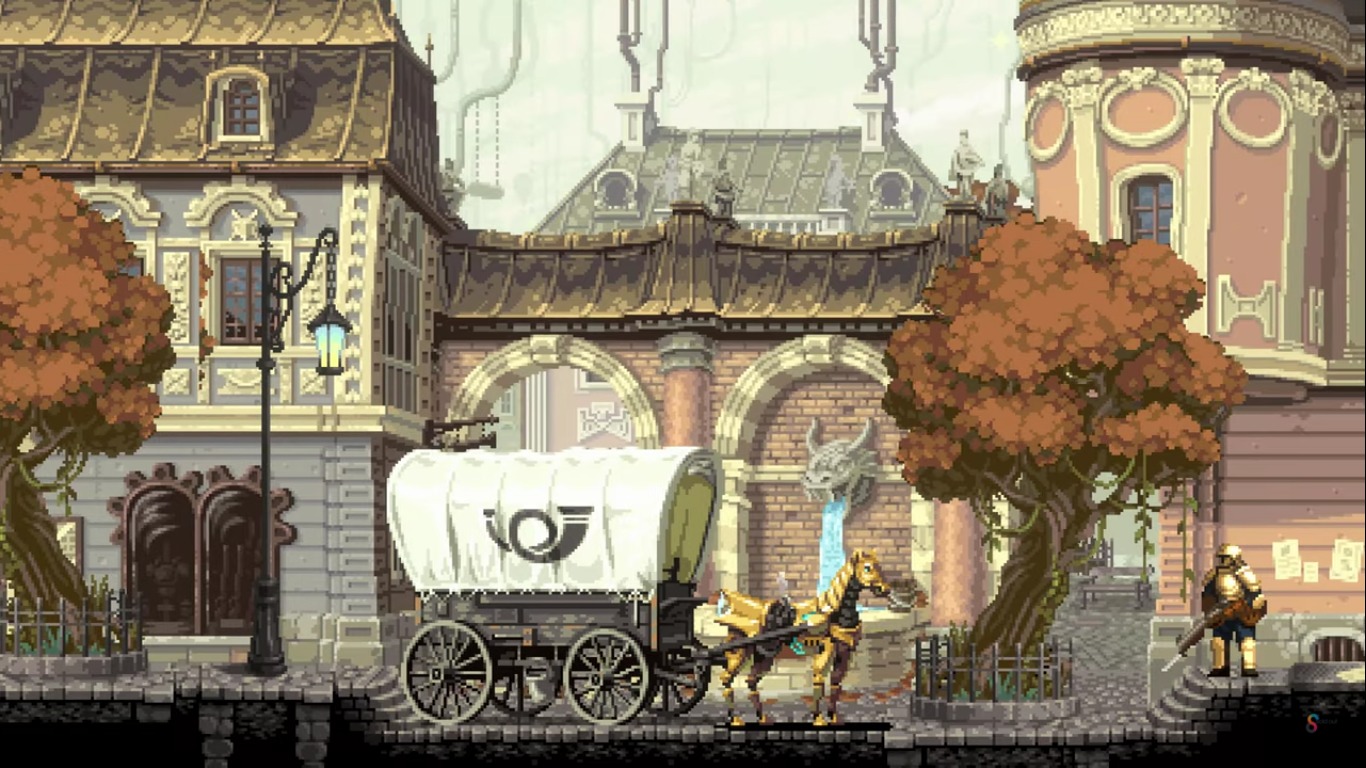 Metamorphosis Games has released a brand new trailer showing off their stylish pixel art game Gestalt: Steam & Cinder headed for Steam, Xbox One, and Nintendo Switch later this year. This indie title looks like it captures the feeling of the era and mixes it with a modern style of design.

This inspired 32-bit style game will take players through an intense narrative mixed with stunning graphics in a steampunk world. Meet a vibrant cast of colorful characters as you enter the steam-powered city of Canaan.

Meet Aletheia and a vibrant cast of characters as they race to discover the secrets within the steam city of Canaan. This city is the last bastion of mankind hidden among centuries-old conspiracies that are just waiting to be unraveled.

Take on tons of automata that serve the twisted schemes of the city overseers as you fight for the very survival of mankind. There is a dark truth hidden in the origin of the Steam City, and only brave players can dig through the mystery to find it.

Enjoy a beautiful world full of handcrafted models and backgrounds that give the impression of a thriving world. Explore the streets of Irkalla and the vast Scrap Sea as you come face to face with spectacular animations and beautiful backgrounds.

This game has a deep and simple combat system that will give a varied experience. Enjoy a range of melee combos and ranged revolver attacks that will continue to give you a rushing drive while proving tons of action.

Gestalt: Steam & Cinder includes a colorful cast of characters that are all built into an intertwining narrative filled with conspiracy and intrigue. Take on optional side-quests and driving choice-based dialogue trees.

As you progress through the adventure you will gain experience which can be sued to craft new abilities. Tap into Aletheia’s mysterious power and discover new areas to smash through and secret paths hiding only the toughest of enemies.

This is a title that will continue to evolve as you make decisions. Experience an ever-changing world full of interesting plot lines, characters, and stories.

Gestalt: Steam & Cinder is a game-planning its release late this year. There will be a free demo available on Steam, but until then players will have to wait. The full release of the game is planned for Steam, Xbox One, and Nintendo Switch so make sure to keep an eye out for the game’s release date on your preferred system. 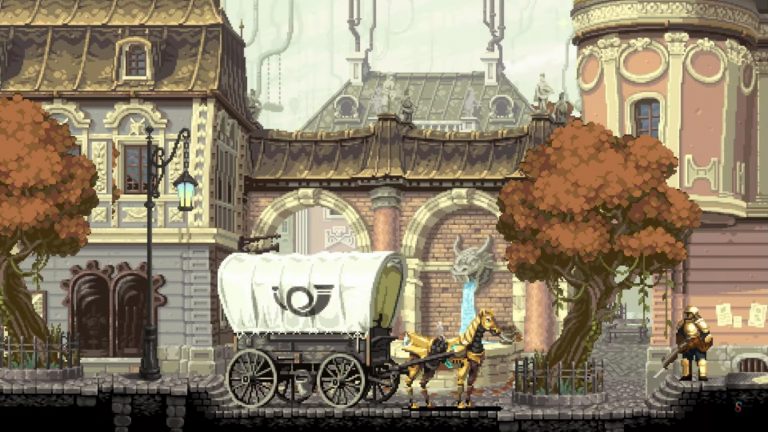