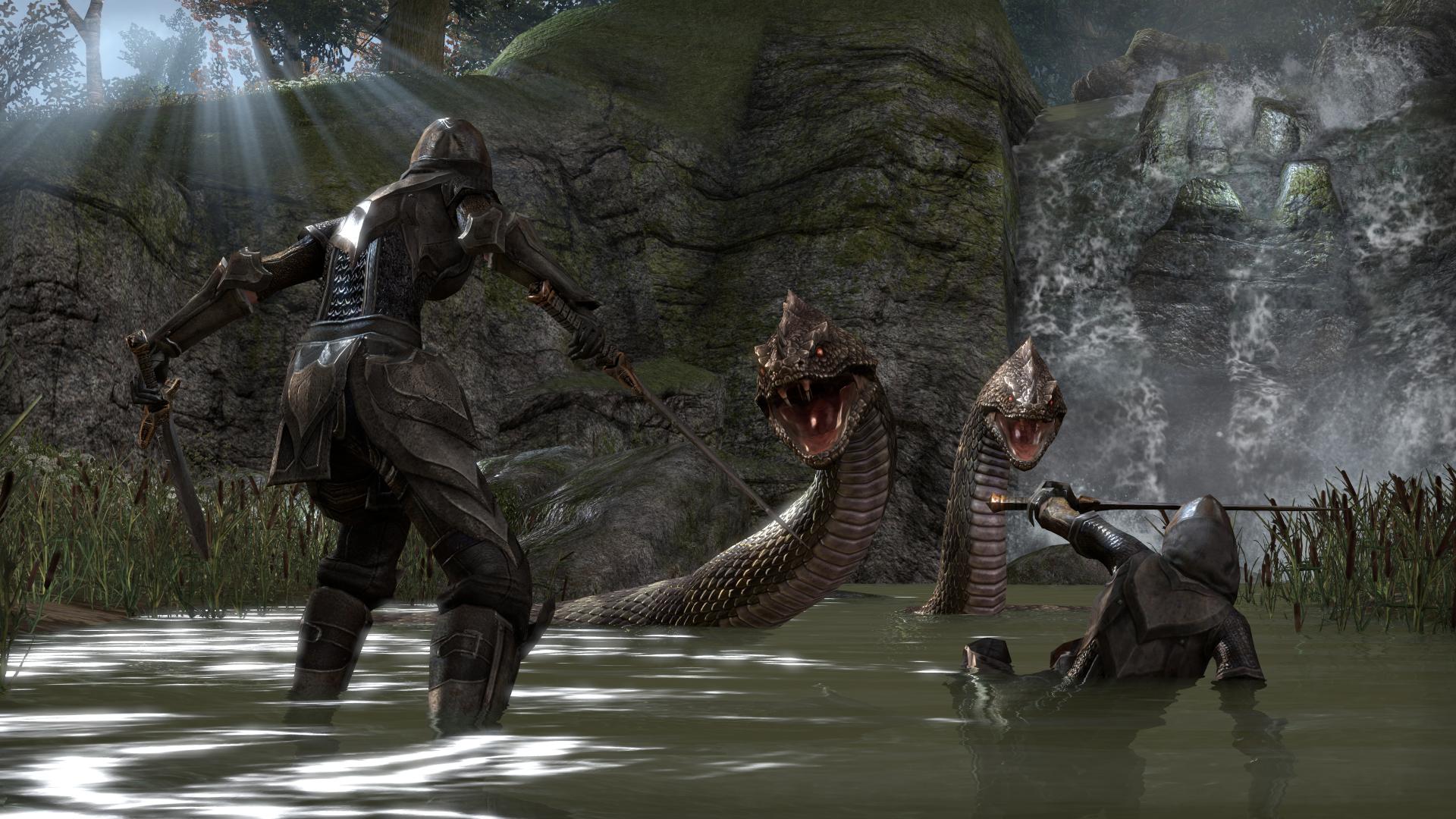 The Game Awards is an annual ceremony highlighting various achievements in the game industry. The awards are hosted by Geoff Keighley and began in December 2014.

The next awards are scheduled to air on December 12, 2019, from the Microsoft Theater in Los Angeles.

Advertising for the Game Awards already appears all over the country. Keighley recently shared an image of a billboard in Times Square.

On Twitter, Keighley pointed out that one of the ads from The Elder Scrolls Online. In the image, a person is wearing a mask and hood with the text “A Hero Returns.”

The image is of low quality, and it is difficult to see further details. The ad may be related to the current Season of the Dragon content or a preview of what’s to come in 2020.

ESO continues to have a devoted fan base, and gamers are waiting for what plans Zenimax has after the Season of the Dragon concludes. This season has lasted all year, so players are eager to explore other regions of the continent of Tamriel.

While the Game Awards is primarily a celebration of achievements in the past year, many developers and publishers use it as a place to showcase exclusive content or to announce new titles.

The Elder Scrolls Online is also an award-winning title. In 2018, it won several awards for Best MMO, Most Improved MMO, and Reader’s Choice. In May, the GLAAD Media Awards gave ESO its first “Outstanding Video Game” award for the Summerset expansion. The award was specifically given to the quest “Manor of Masques.”

ESO is also generous with celebrating with the community. After the awards of 2018 were announced, they gave all active accounts 500 crowns.

The teaser ad just goes to show how dedicated the ESO team is to improve the MMORPG and releasing new content.

While players wait for the news during The Game Awards, they can enjoy the Dawn of the Dragonguard event. This event is not reliant on the Activity Finder, which is currently facing several issues. The event focuses on slaying dragons in Elsweyr and various dungeons for double drop rewards.

The Dawn of the Dragonguard event launched on Tuesday, November 26, and lasts until Monday, December 9, only days away from The Game Awards airs.