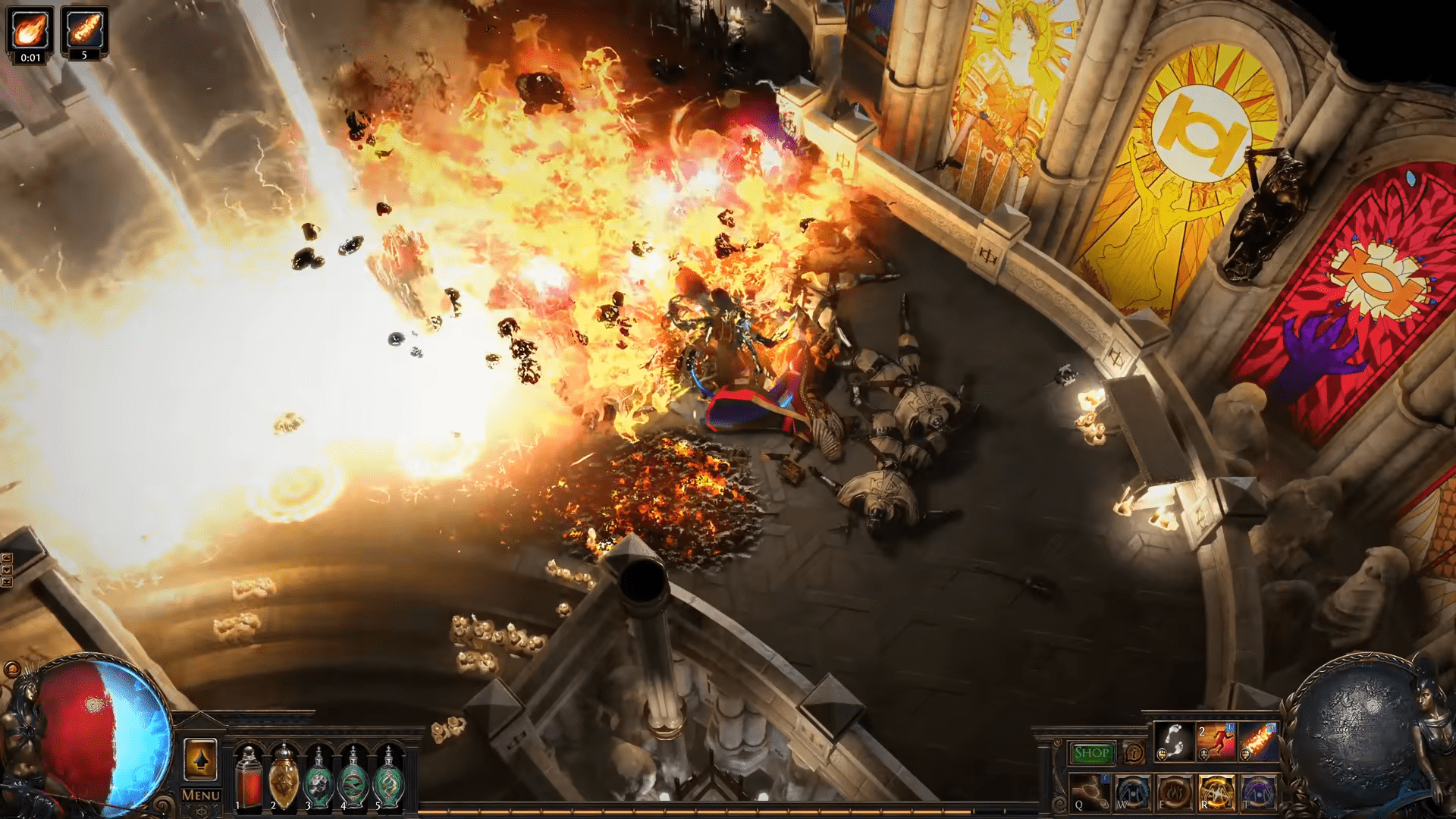 To many gamers Path of Exile is one of the greatest free-to-play games in existence, and the developers Grinding Gear Games seem hellbent on one-upping themselves for the rest of time.  Not that I’m complaining, necessarily, but it’s a noticeable quirk when a developer has created something well-loved and adored, yet continues to add onto it to the point that there’s more content than one could readily consume in a single month.

Yet Grinding Gear Games have elected to do just that and despite their recent announcement of Path of Exile 2, they are continuing to add tons of content to their base game in just a few short weeks.

Introducing Path of Exile: The Conquerors of the Atlas – an expansion that changes Path of Exile's entire endgame. Releases December 13th! #ExileConhttps://t.co/YIKLirayUP

Currently set to drop December 13, Path of Exile is going to get a ton of new content, from an end-game expansion Conquerors of the Atlas to a brutal new league called Metamorph, you might as well preemptively call in sick to work, family, and friends.

The upcoming league is one that allows players to build their own boss with the sole purpose of apparently trying to kill themselves.  A new NPC Tane Octavius is obsessed with what he refers to as ‘the intrinsic darkness’ that led him to kill his own teacher.  You’ll collect samples from various monsters you kill, and Tane will combine them into a superhuman boss that you must then try to defeat.

The boss will morph and shift into various forms all with unique attacks in a desperate attempt to eliminate the hero.  The samples that you bring to Tane will dictate not only how he morphs and what abilities he will use to end you, but also the possible loot that will become available should you claim victory.  It seems like a fascinating gamble between making it strong enough to make the loot worth it, yet not so strong that he eliminates you in a single blow.

Beyond the Metamorph League that simply seems fascinating, there is also a wide gamut of additions that make this patch worthy of being the 2.9 expansion that players have awaited with bated breath.

The expansions is called Conquerors of the Atlas, and for good reason.  Five new end game bosses have lost themselves to the Atlas, resulting in five horrifying new bosses that are tremendously eager to kill you.

Eliminating the conquerors will open new areas of the Atlas for players to continue to explore, marking one of a significant amount of changes to the end-game scenarios.  Players will now begin in the center of the Atlas and work there way out, opening new paths and schematics as they successfully kill the five dangerous bosses.

Grinding Gear Games showed what two of the bosses look like; it doesn’t seem like a walk in the park to leave victorious.

Watchstones will also become available, and allow players to socket and unsocket their Atlas as they choose.

Beyond means of killing the players, Grinding Gear Games is also adding some forms of protection to players.  Support Gem Plus is a new type of support gem that has a chance of dropping from the Conquerors, and are stronger at level one than standard support gems are at maximum level.

The bow has also been finally reworked, along with a new skill gem called Ensnaring Arrow that leashes enemies to a spot doing damage.  Nova and Barrage support have been heavily tweaked, resulting in a more viable class that has historically suffered.

Finally, totems are being altered in ‘ballistas’ (ballistae?) with new art and passive skills that frankly make a bit more sense than previous iterations of ranged totems.  Grinding Gear Games have stated that this rework is a nod towards regular bow users who wish to augment their playstyle to include ranged totems.

Beyond all of this, there are also new items, legendaries, augmented weapons, supporter packs, monsters, and maps.  It’s almost unfathomable how much Grinding Gear Games is adding to Path of Exile in a singular patch.

The entire party begins on December 13th, so you have more than enough time to download it, grab some snacks, and inform everyone close to you that you’re otherwise occupied.  What a wonderful gift for the holiday season.

Season 19 Just Kicked Off In Diablo 3, Which Includes A New Buff And Great Kill Streak Rewards

Feb 26, 2020 Jeremy Green 5850
The coronavirus is affecting so many around the world right now. It seems to be spreading at an alarming rate. It has even made its way into the...

Feb 12, 2020 Chris Miller 6200
Path of Exile is likely one of the best action-RPG loot-grinder titles on PC, bar none.  It's a boisterous claim at first glance, but when you see...