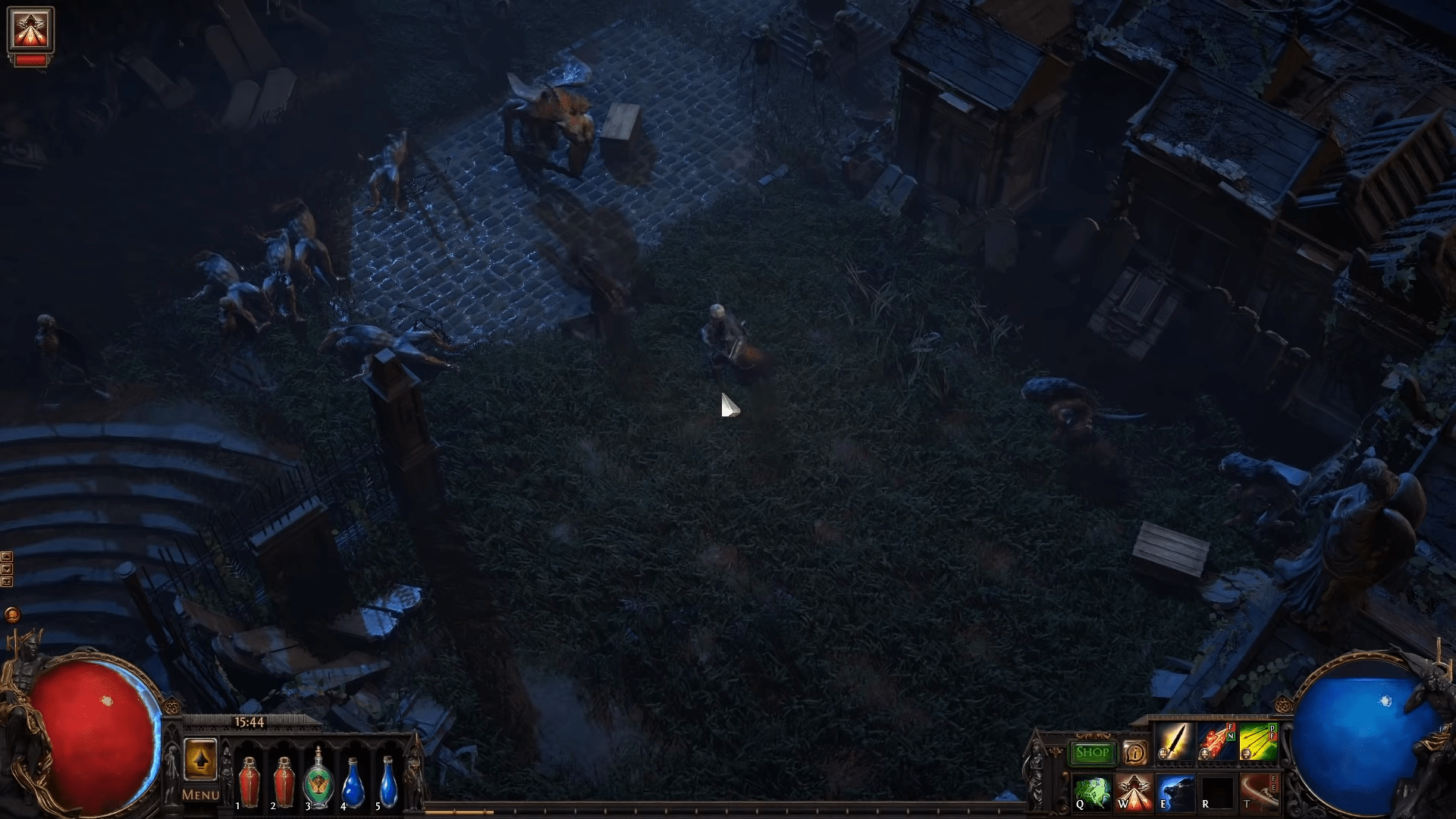 Exilecon is developer ‘Grinding Gear Games’ annual celebration of the wildly successful Free to Play title, Path of Exile.  It’s been a hot title since Blizzard’s Diablo 3 famously crashed and burned on release, from issues logging in to an auction house that used actual money as the primary currency.  Blizzard’s loss is an indie’s gain, however, and Path of Exile has shown zero signs of slowing down, from their player base to their constant iterations adding new and exciting mechanics.

Exilecon, as previously written, was slated to give gamers a couple of interesting peeks behind the curtains to what Grinding Gear Games was working on behind the curtains; we were promised a look at Path of Exile’s late 2020 patch, 4.0, that has been hyped as containing the most massive update to the title yet.  Additionally, gamers were to also get a look at the upcoming season patch 3.9, scheduled to hit late in the holiday season.

What actually happened, is we got to see Path of Exile 2.  To say that this surprised everyone is an understatement, but Grinding Gear Games was more than ready; the moment the announcement went live on Exilecon’s Twitch stream, the staff posted a reddit announcement, and pushed a website live further explaining the newest saga.

The storyline is a separate campaign from the initial campaign that faithful Wraeclast explorers know like the back of their hand; both storylines will ultimately lead to the Atlas end game, where adventurers can craft their own maps for maximum loot and difficulty.  The second iteration also brings new skill systems, ascendancy classes, and engine upgrades that some may argue the title has needed for the past two years.

The characters selectable fall into similar archetypes as the first title, that may dishearten some; yet with 19 new ascendancy classes for them to pick through as they reach ever-higher levels, the meta-game is sure to be even more varied than it is now.

Perhaps most exciting is the skill-gem change; in Path of Exile, you place various gems in equipment to give yourself unique spells and abilities.  Linking these properly, while strategizing your character build, is key to murdering hundreds of minions in the blink of an eye.  The new skill-gem system allows every gem to be linked to five additional supporting gems, meaning that the depth that late-game classes will experience is bound to be even more unrestricted than prior.

Along with this, we have the (perhaps expected) addition of brand-new equipment to help us slaughter, new maps and areas, new bosses, new enemies, and new abilities.  The amount of content that Grinding Gear Games is including with this newest iteration of their staple franchise may encourage others to take note.

Grinding Gear Games is hoping to have a playable Path of Exile 2 beta in ‘late-late-late 2020’, so we’re all stuck waiting until then.  This announcement is massive, however, and completely unexpected from the developers.

Get ready to experience a brand new resurgence in carpal tunnel syndrome.