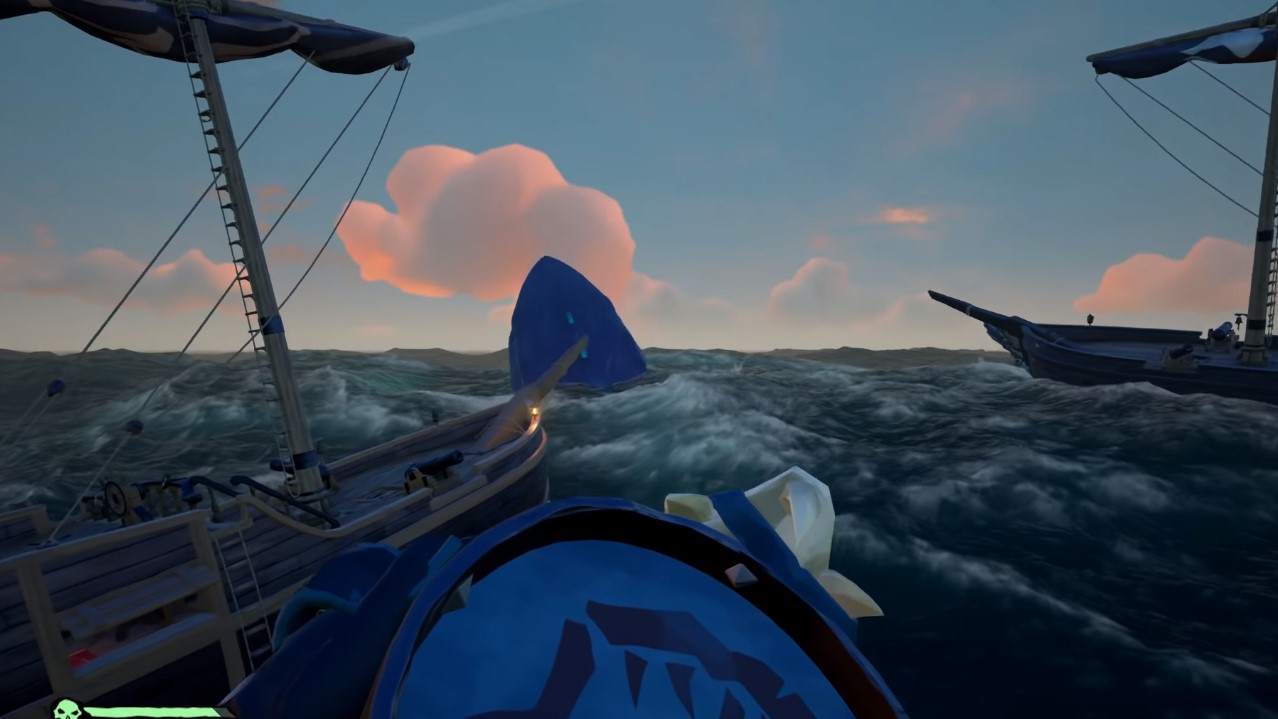 Fans have been clamoring for a banjo to add to Sea of Thieves’ musical instruments. Now, their wish may have been granted.

According to the article from ShackNews, the piece of musical string was spotted at the Arena Build during Gamescom.

Of course, it doesn’t necessarily mean that the banjo will end up in the next update. However, it shows that Rare is keeping its ears on the ground for what the community is asking.

Fans have been asking for a banjo to be added to the music system of Sea of Thieves. For people who are new to the game, it’s a feature that allows people to play instruments. In fact, other players can join in on the fun.

It’s a nice break from all the slashing and thieving that goes on in the game.

Last May, The Hungering Deep update was released, which added drums and trumpets to the ensemble of musical instruments. The drum is not just an ordinary percussion in the game. It’s also a crucial instrument that allows you to summon the Megalodon.

The Megalodon is a monster shark and a game boss, which was included in the Hungering Deep update. It can deal a lot of damage to your sheep as it attacks with its mouth wide open. It will circle your ship, and you can’t escape it even if you speed up.

Sea of Thieves is an action-adventure game that was released on Xbox One and Microsoft Windows on March 20, 2018. The first-person game will allow you a choice of playing alone or your own crew (maximum of 4 players).

Banjo sounds are not new to the game. In fact, you can hear banjo music playing during the Shrouded Spoils update. After the Anniversary update, banjo music also plays in the background when you go fishing. You can also see a specter of a pirate playing banjo in the Pirate Hideout.

If the banjo does make its way to the game, it’s the fourth musical instrument that you can play. Right now, Sea of Thieves has the drum, concertina, and a hurdy-gurdy.

The banjo won’t probably play a significant role in Sea of Thieves as the drum does. However, it’s probably the best news for fans clamoring for more variety in musical instruments in the game. This news is right up there with the announcement about a pet monkey being added to Sea of Thieves.

Aug 18, 2022 Tom Lee 270
Some of the franchise's most beloved characters will return in Call of Duty: Modern Warfare 2. Several well-known personalities, including Captain...

Aug 18, 2022 Tom Lee 210
In the following weeks, gamers will learn about new sci-fi horror games. In the beginning, there is the survival-horror game The Callisto Protocol,...