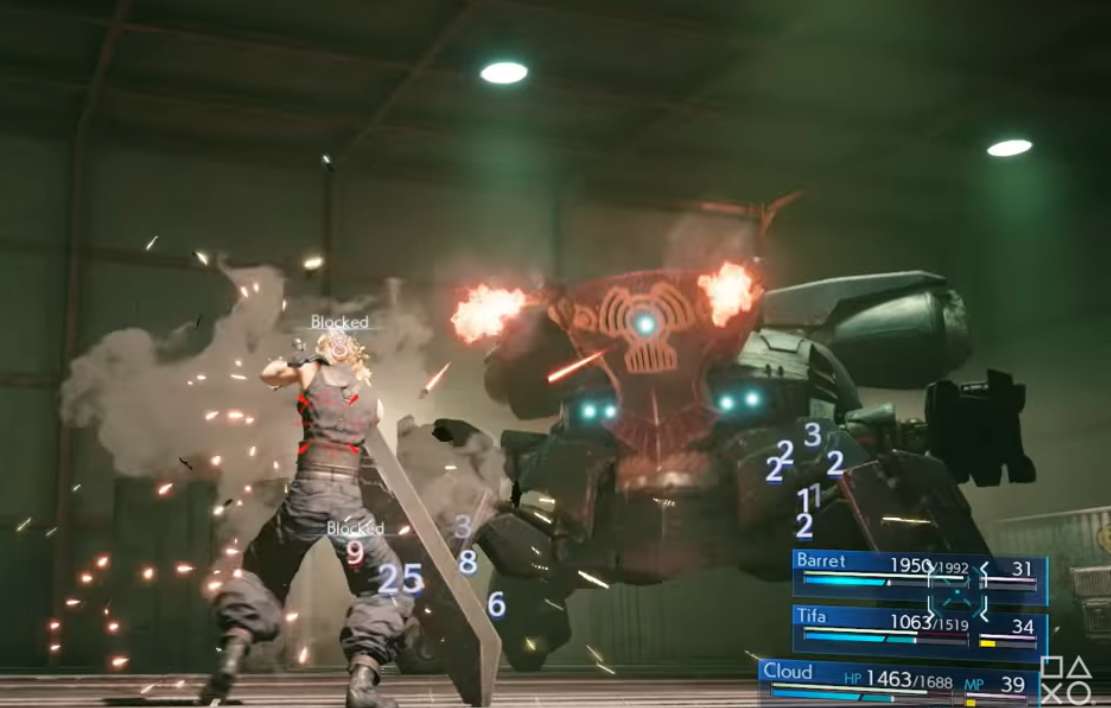 In the original Final Fantasy VII, there was no better feeling than gaining a well-timed limit break while fighting a particularly troublesome boss. (Looking at you, Demon’s Gate!)

With Final Fantasy VII Remake just a few short months away, fans have been itching for any and all information they can get their hands on, particularly regarding classic components of the original 1997 release, like limit breaks.

In the original game, limit breaks were acquired by taking damage from enemies. Any damage you took would fill up your limit gauge. Once the gauge was at its maximum, you could unleash a super attack on your foe or foes. Some limit breaks, like Cloud’s Omnislash, were huge attacks that dealt massive levels of damage to enemies. Others, like Aerith’s Healing Wind, would heal all members of your party.

You can activate each character’s specific special Limit Break abilities by using up your Limit Gauge after it builds from damage taken from enemies.

This clip shows Tifa giving a powerful kick to her enemy, with her Limit Break known as Somersault. #FF7R pic.twitter.com/4EG5v1r7kK

They note that, much like the original Final Fantasy VII, characters charge their limit gauge by taking damage from enemies. The tweet then goes on to show this concept in action, including an attached video that shows Tifa unleashing her somersault limit break on a random enemy.

While this is a return to form for the franchise, there are clearly some alterations. Tifa’s limit breaks in the original game were unique, in that they required a series of slot machine-like mini games that would determine the amount of damage inflicted. These attacks could then be strung together in order to create a more devastating combo.

The video embedded in this tweet shows the player selecting the somersault limit break from the menu, after which the character executes the move with no slot machine needed.

A few other limit breaks have also been seen in previous trailers. Cloud’s Braver and Cross Slash attacks have been shown, along with a variation of Barrett’s Big Shot attack.

In the re-released version of the original 1997 game on the PlayStation 4, Xbox One, and Nintendo Switch systems, there is a special mode the player can activate that instantly fills their limit gauge and returns them to full health. This “cheat” mode was not available in the original game and it is unlikely that we will see it in the upcoming remake.

Final Fantasy VII Remake will release on PlayStation 4 on March 3, 2020. It is a complete remake of the original game, the first of its kind for the Final Fantasy franchise.

Get Fuzzy, Cute, And Cuddly In Woven, Coming To Switch In November