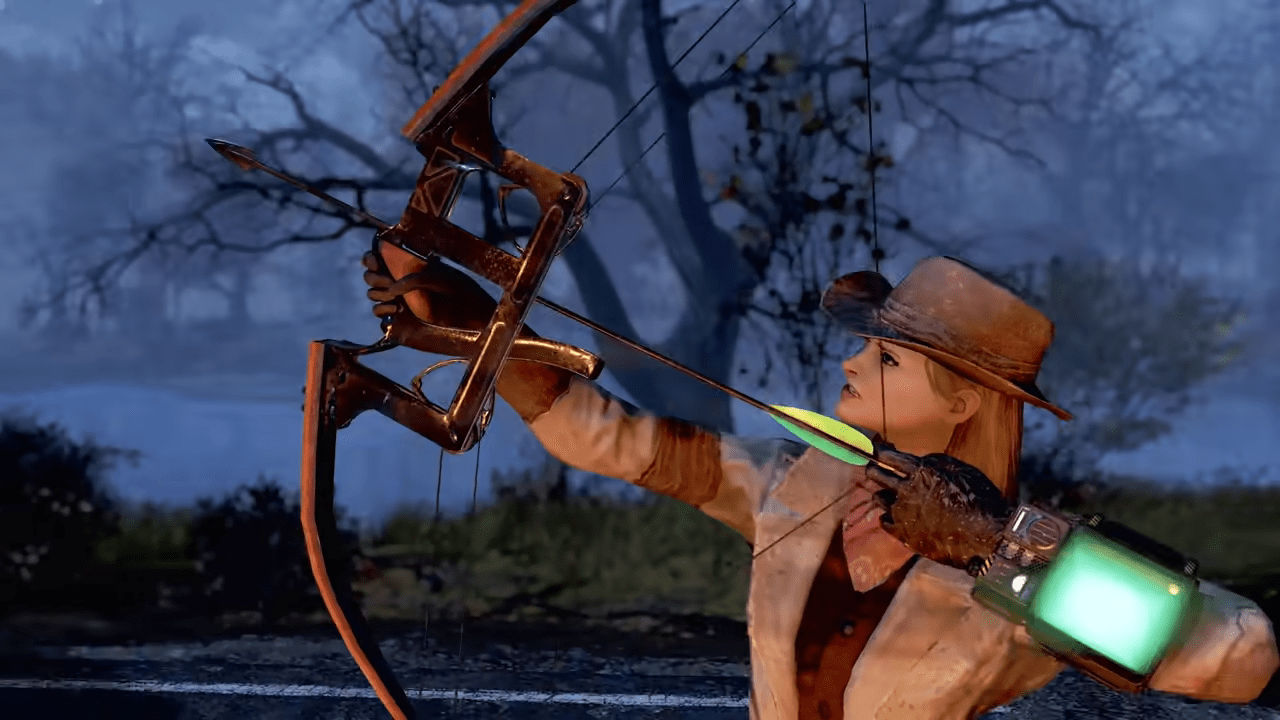 You can’t keep a good dog down; nor can you keep a dog that has received multiple complaints from the community down.  In a surprise move, Bethesda is bringing Fallout 76 away from their Bethesda launcher, and onto the Steam platform,  With a currently planned release date of April 7 marking the arrival of the Fallout MMO to the ever-popular Steam platform, it remains to be seen exactly what audience they’re attempting to cater to.

Yet Fallout 76 has been out since November 14, 2018, and Bethesda has been plugging away at the title since then to bring it up to the Bethesda quality that their titles are known for.  The original phrase that fans uttered at its release seems to be continuing to haunt the title, however: with Bethesda relying on modders to give their game life, how well can they fare without those modders?

Fallout 76 has undergone over 16 patches since it’s release a year and some change ago, with every alteration bringing the title a bit more content, and a couple more glaring bugs and issues that the studio has had to work out.  The question is whether or not after that amount of time has passed if it’s worth picking up on Steam to explore.  In this notion, it’s strikingly similar to No Man’s Sky; a very rough release, and months afterward the internet is filled with denizens that feel equally bamboozled and frustrated.

Yet many allege that No Man’s Sky has become a title that is worth exploring in its current state, at the very least.  Fallout 76 is likely hoping for the same Cinderella story.

Discover the mysteries hidden in the mountains of Appalachia.

We're looking forward to playing #Wastelanders with you on April 7. #Fallout76 https://t.co/Mbr1VLOitY pic.twitter.com/V2dn86k2UI

For many fans of the game that have been with Fallout 76 since its initial release, it’s admittedly a difficult sell.

Reports of hackers plague the various forums, users in power armor wandering through Nuclear Winter and instantly killing anyone unfortunate enough to cross their path.  Items continue to get deleted from players’ inventories, relying on Bethesda’s customer service to make everything right by restoring the items in the end. The Fallout First experience, that allowed users to purchase a private server has similarly dealt with unfortunate public backlash.

Servers cannot be run on individual machines in the same manner that traditional survival titles can; such as ARK: Survival Evolved, Minecraft, Terraria, and an entire host of other games.  Instead, users must purchase a subscription that can be charged monthly for $13 a month, or annually for $100, and run their private server through Bethesda.

All is not lost for Bethesda’s first multiplayer experience, however.  The release will be coupled with a free expansion for all players across all platforms, title Fallout 76: Wastelanders, bringing more content and quests, regions to explore and discover, and two factions struggling for control.  There’s a wealth of content that users have enthusiastically interacted with in the past, and if the bugs stop rearing their heads, those same players would love to once again dive into the world of West Virginia with the post-apocalyptic flavor that the Fallout franchise is ever-capable of delivering.  It may even be ready for a release on Steam, bringing many weary wanderers back into the fold.

Dec 27, 2020 Aaron Hans 14031
After being released in December of last year, The Witcher quickly became an overwhelming success for Netflix, and they're rumored to be turning...