Dragalia Lost Is Having A Clawful Caper Event For New Year’s, One Of Many Games Having A Celebration For 2020 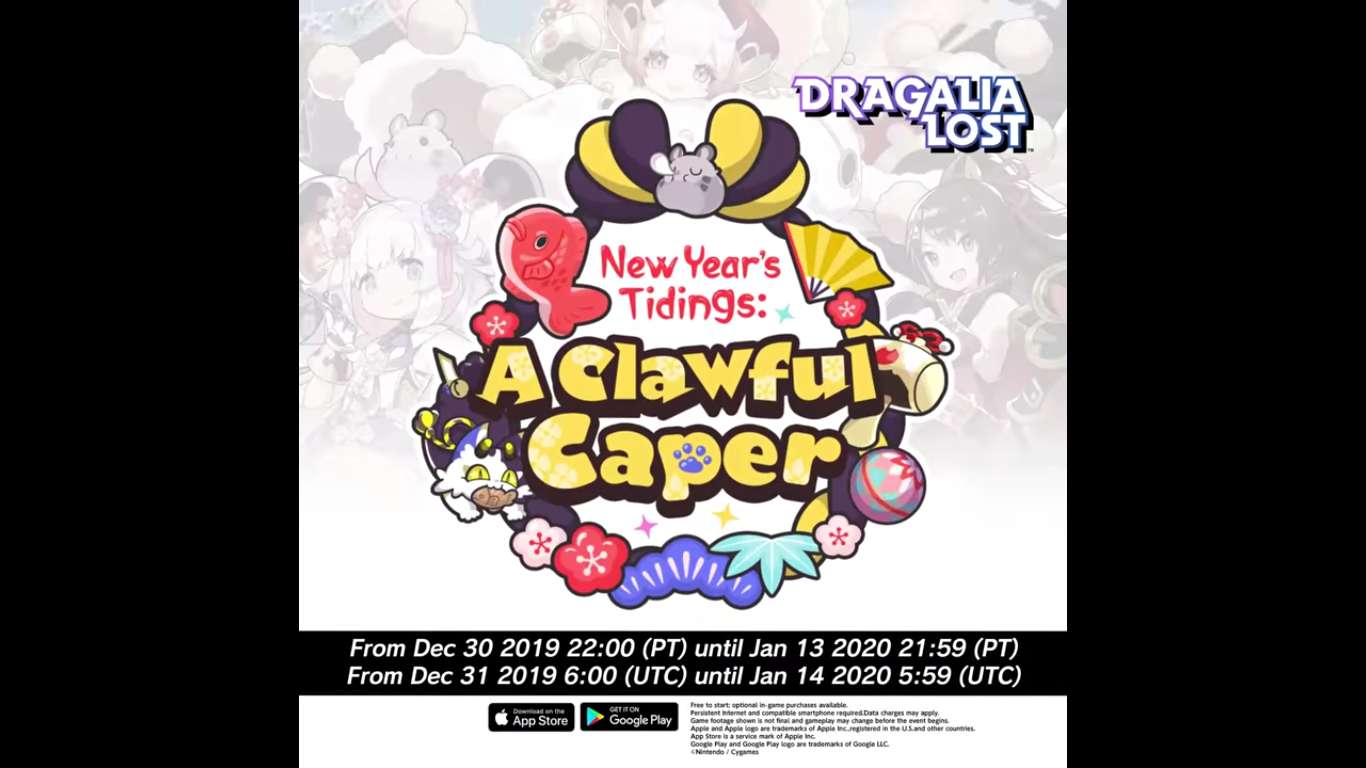 Almost every mobile game is celebrating the New Year in one way or another. Dragalia Lost is one of those games running a special event just for the New Year. Similar to the game’s event last year, emissaries and allies from Hinomoto have come to the Halidom as part of a new limited Summon Showcase.

In July, Dragalia Lost had the honor of being Nintendo’s second-highest-grossing title. The game found itself right below Fire Emblem Heroes and has long passed Animal Crossing. This action RPG title is developed by Cygames and debuted back in September of 2018.

Dragalia Lost is a game about the relationship between dragons and humans. It takes place in Alberia, a kingdom where dragons live. All the royal members in Alberia have the Dragon Transformation ability where they can wield the power of a dragon and borrow their form.

Danger arrives as one-day strange occurrences begin to spread throughout the kingdom. The Holy Shard that was protected by the capital starts to lose its power, and in order to save the people, the Seventh Prince, who has no dragon form, sets off on his Dragon Selection Trail.

The event adds the five-star rarity mouse themed adventurer Mitsuhide and dragon Daikokuten, as well as the horse clan leader Nobunaga and last year’s star Ieyasu. Players will find that his retainers Sazanka and Addis, as well as a brand new character Mitsuhide devotee Chitose, are available at a four-star rarity.

There is also a raid event going live with some new story content. Players will have a chance to fight off the wayward feline dragon Ebisu. You can earn this dragon and befriend a new adventurer Hanabusa by participating in this event.

Players that have not logged in for a while should at least claim their free rewards from this event. You have a chance to claim rewards like Lucky Letters and some free Ten Fold Summons for the celebration. You can also gain other bonuses like half stamina quests, double drops, and special packs. This event will continue to run from now until January 13.

Dragalia Lost is a mobile exclusive and can be found on both iOS and Android stores. The game is free to play but contains some microtransactions within it as optional purchases. This is a great free RPG experience in a brand new fantasy world for those looking for a new game in the new year.