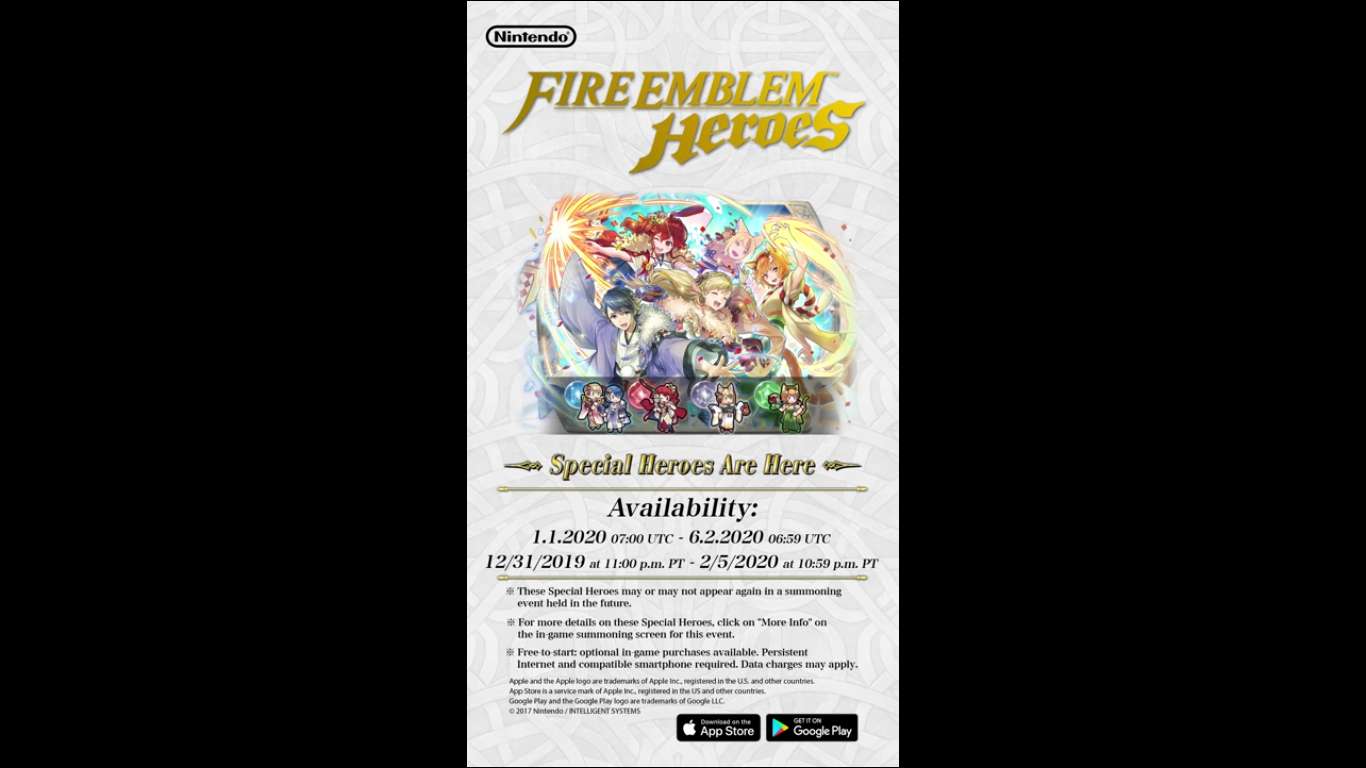 A New Year update is being sent to Fire Emblem Heroes as Nintendo gears up for 2020. A new trailer released for Renewed Spirit and the update shown has dropped as of December 31. There are tons of costume changes for heroes with some festive kimonos along with some new characters being added to the game.

Fire Emblem Heroes has lived a long life as one of the more successful titles from Nintendo on mobile. The game is set in the popular Fire Emblem franchise with familiar characters making an appearance in the mobile title. This is one of many titles enjoying a New Year celebration, and the characters are dressed to celebrate and ring in the new year with their unique and festive style.

Fans of the game will be getting Anna, Selki, Lethe, and the Askran Duo Prince Alfonse and Princess Sharena added to the game. Each character comes with the usual set of special moves set for each character. This comes with options for use in battle and for use on the world terrain.

These characters are being added with a new story chapter titled “Renewed Spirit.” This extra story experience is sure to be an enjoyable past time with these lovable new characters.

Nintendo has also put together a close look at the New Year update. The video below shows the new characters as well as giving fans a good look at their skills and abilities. Whether they make it into your team is up to you, but they are sure to add a unique spin on a classic tale.

As usual, the Special Heroes banner comes with a Tempest Trials+. New Year’s Eir is the reward for players who complete the trail. All participants can collect two copies of her when they reach the necessary point thresholds within the game.

There is a ton of things happening in this game that are sure to keep the celebration going into the next year. This is a great time to jump into this title if you have not played it yet. Any fan of Fire Emblem is sure to have a great time in this mobile edition of the franchise.

The “Renewed Spirit” update is live as of December 31 at 11:00 PT / January 1 at 2:00 ET / and 8:00 BST. Fire Emblem Heroes is a mobile-exclusive and is available on iOS and Android devices for free. This update and its content are added to the game free as charge, although the title does include some level of microtransaction, so be warned.

Dragalia Lost Is Having A Clawful Caper Event For New Year's, One Of Many Games Having A Celebration For 2020

Ninjala Remains On Track For A Spring 2020 Release, This Cute Brawler From GungHo Is Getting Ready For A Full Release