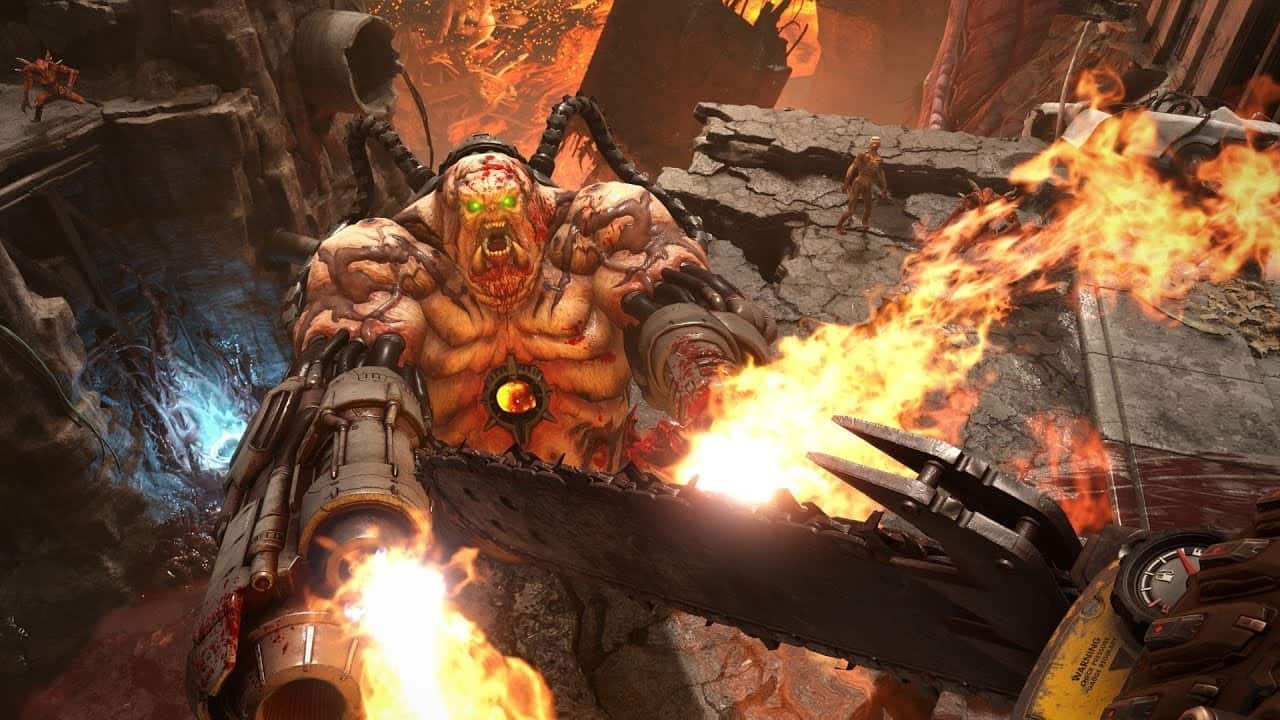 Who doesn’t love a little Doom? Since 1993, the series has been an industry standard for first-person shooters. Doom: Eternal is set to shake things up all over again with a whole new line-up of fun updates from their last game.

In an era where many gamers mostly purchase first-person shooters for their multiplayer gameplay, the Doom series serves as a poignant reminder of what a single-player FPS experience can be. Even the original 1993 game—despite being incredibly dated—remains an absolute joy to play.

The developers behind Doom Eternal want to return to those happy days. While still building on the solid foundations of the Doom franchise, developers are adding dozens of new features that will hopefully attract even more gamers into the Doom fandom. Their latest game, Eternal, promises new abilities, weapon modifications, alt-fire features, and surprising ways for the player to move and maneuver across the map.

Players will be able to use various newly-added movement options within the game. Developers have taken well-known double jump and dash abilities from their 2D platformer counterparts and put them to good use within Eternal‘s FPS gameplay.

The Doom Slayer (Eternal‘s main character) can use double jump to avoid hits and leap behind enemies while using the dash to close gaps and dodge demons. That’s not all though: Players will even be able to climb and run along walls during combat. Mastering these skills will be the key to survivability in Doom Eternal.

Once the gamer becomes proficient enough at moving around to survive the hellish firefights for longer than thirty seconds, they will need to get good at using their fighting abilities and weapon mods. Luckily, the developers have provided a panoply of new features for this too.

The ‘Blood Punch’ is a new melee ability that lets the Doom Slayer wipe out hordes of demons with one swing. Combining melee skills like Blood Punch with the dash skill and wall-running is a recipe to get in quick and splatter enemies.

There will—of course—also be lots of other features common to new games in the FPS tradition—such as new weapon upgrades, modifications, and abilities. The familiar Plasma Canon (featured in the original Doom) returns with an alt-fire microwave ray that turns enemies into mush. Other new weapons include the Meat Hook, which hooks demons and pulls the Doom Slayer into melee range, and a weapon called Ballista, which functions similar to a gauss cannon.

All of the new features are sure to excite fans and newcomers alike. Doom Eternal will be released on November 22, 2019, for PC, the Google Stadia, Switch, Xbox One, and PlayStation 4.