Doctor Who went from being a British tv show to rising in international fame. The long-running series has devoted fans from all over the globe.

There have been many attempts at a Doctor Who video game, but many have lackluster results. Development team Maze Theory with publisher PlayStack are hoping to change the course of history with their latest game Doctor Who: The Edge Of Time.

The game will be a first-person, single-player experience in VR for several popular VR models. Players can expect to enjoy the game on the HTC Vive, HTC Vive Cosmos, PlayStation VR, Oculus Rift, and Oculus Quest.

According to the official Steam store page for Doctor Who: The Edge Of Time: “A new mysterious enemy threatens to tear apart the universe and only you can stop them! Armed with the Sonic Screwdriver, players will solve mind-bending puzzles, grapple with iconic monsters, and encounter new horizons in a quest to find the Doctor and defeat a powerful force that threatens to destroy the fabric of reality.”

For gamers who have only heard of the tv show and never had the opportunity to watch it, the show follows a new doctor every few seasons. The Doctor travels around their TARDIS, a spaceship that resembles a blue phone booth, to solve various problems throughout time and space.

Doctor Who: The Edge Of Time will give players access to the Sonic Screwdriver, an essential tool in the Doctor’s arsenal used to solve puzzles and get out of unfavorable circumstances. Enemies and creatures from the tv show, such as Daleks and Weeping Angels, will also make an appearance. There will also be brand new creatures to face.

Additional features coming to the game include piloting the newest TARDIS seen in the latest series and immersive gameplay by letting players become the Doctor.

The Thirteenth Doctor, Jodie Wittaker, will provide the voice for the Doctor. She previously voiced the Doctor in Doctor Who: The Runaway, which was a VR game published by the BBC earlier this year. Doctor Who veteran Nicholas Briggs, who has voiced several of the show’s creatures, will voice the Daleks.

The game was created so that long-time fans and newcomers to the series could quickly jump in. There are challenging monsters to defeat and puzzles to solve, but prior knowledge of the Doctor Who universe will not be a requirement.

Doctor Who: The Edge Of Time is scheduled to be released on November 12, 2019.

DOCTOR WHO THE EDGE OF TIMEDOCTOR WHO 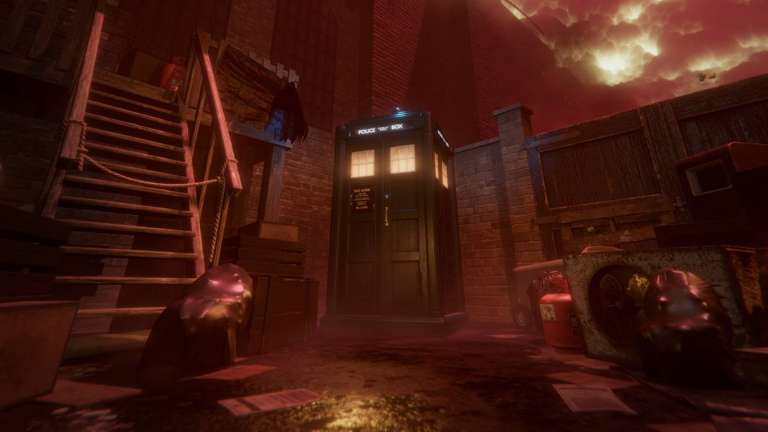 Oct 22, 2019 Lisa Nguyen 5610
Doctor Who went from being a British tv show to rising in international fame. The long-running series has devoted fans from all over the...