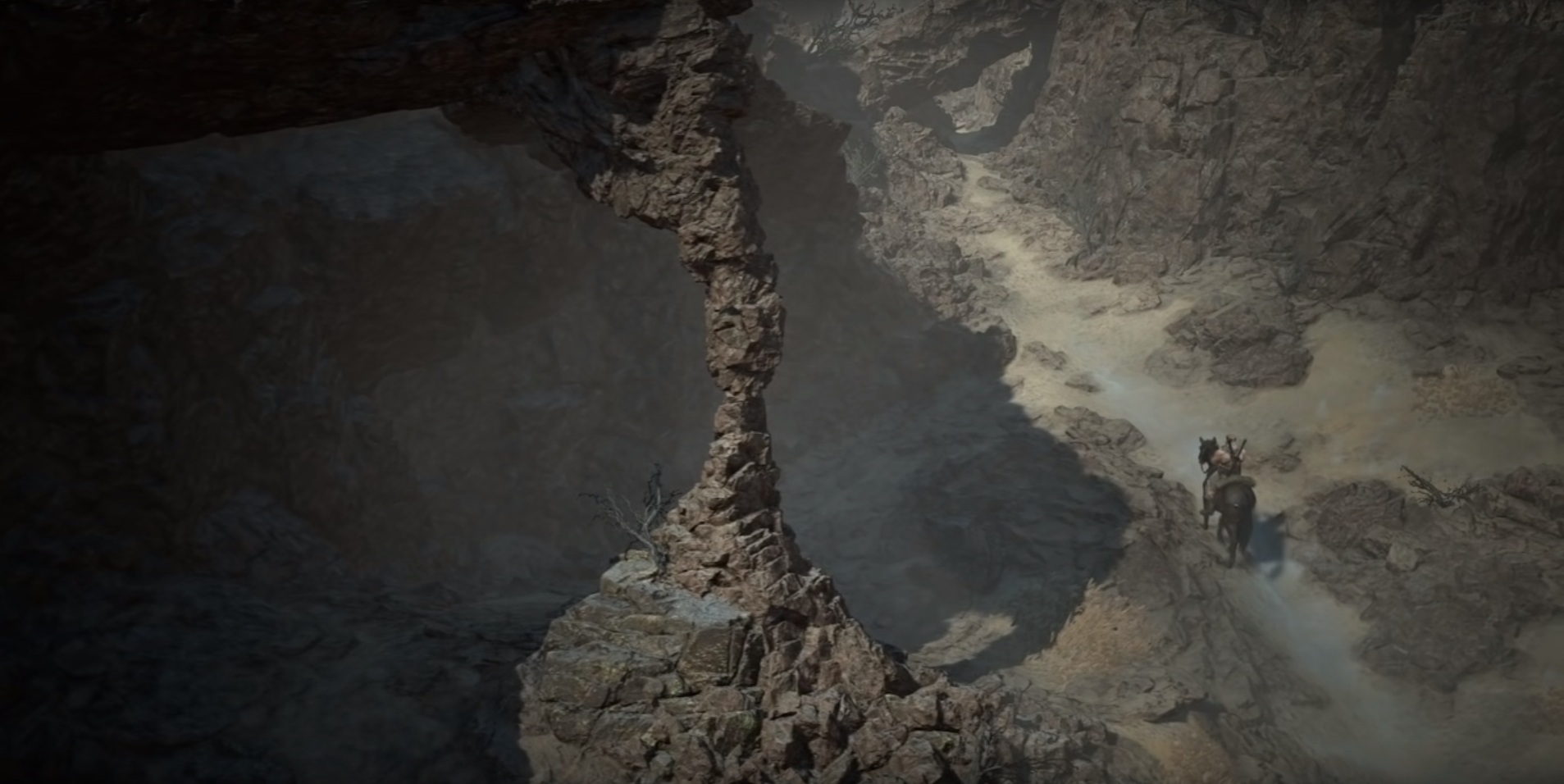 It’s been over seven years since the release of the last game in the Diablo series. With Diablo IV now announced and confirmed to be coming out (though a release date seems incredibly far off), those of us aboard the unstoppable hype train are being fed a feast of information about the game.

Among this information was the unveiling of the zones that we would be adventuring through in this open-world demonic slaughterfest. Today’s topic is the arid Dry Steppes, where humanity provides just as much a threat as any demon.

As the name tells you, the Dry Steppes is a desolate and near-desert wasteland. To quote the official description given by Diablo, “In the Dry Steppes, lives are worth less than water.” This zone is a land in which everyone will do anything to survive – including gutting you for any reason they see fit.

While demons are going to be most of what you carve through in your adventure throughout Diablo IV, the Dry Steppes provides various tribes of humans to butcher. Here, clans of bandits and cannibals fight amongst each other for dominance and survival, beset by tribes of blood mages that siphon away the lifeforce of their opponents for their own nefarious magics.

With so many different forces ready to murder for a glass of water, players won’t have any shortage of tasks as they adventure through the unforgiving salt flats that threaten to take their lives at any moment. This unforgiving environment can turn on you within a moment’s notice, so make sure that you’re keeping a close eye on your health to avoid falling prey to an ambush.

Aesthetically, the zone is somewhat reminiscent of zones that we’ve already fought through in previous games. The twisted sands and distinctive buildings might remind veterans of journeying through Caldeum or the streets of Lut Gholein once again. It shares a similar climate to the desert lands of Kehjistan, which it shares it’s southern border with. Seeing as Kehjistan is the home of the previously mentioned Caldeum, it makes sense that the two neighboring nations would share a level of aesthetic and environmental resemblance.

Nothing is set in stone, and there could be some changes to the zone as we march closer and closer to the release date of Diablo IV. Regardless of what changes it may undertake, it’s clear that the hostile environment of the Dry Steppes will provide a grim and fearsome challenge to adventurers trying to keep Sanctuary safe.