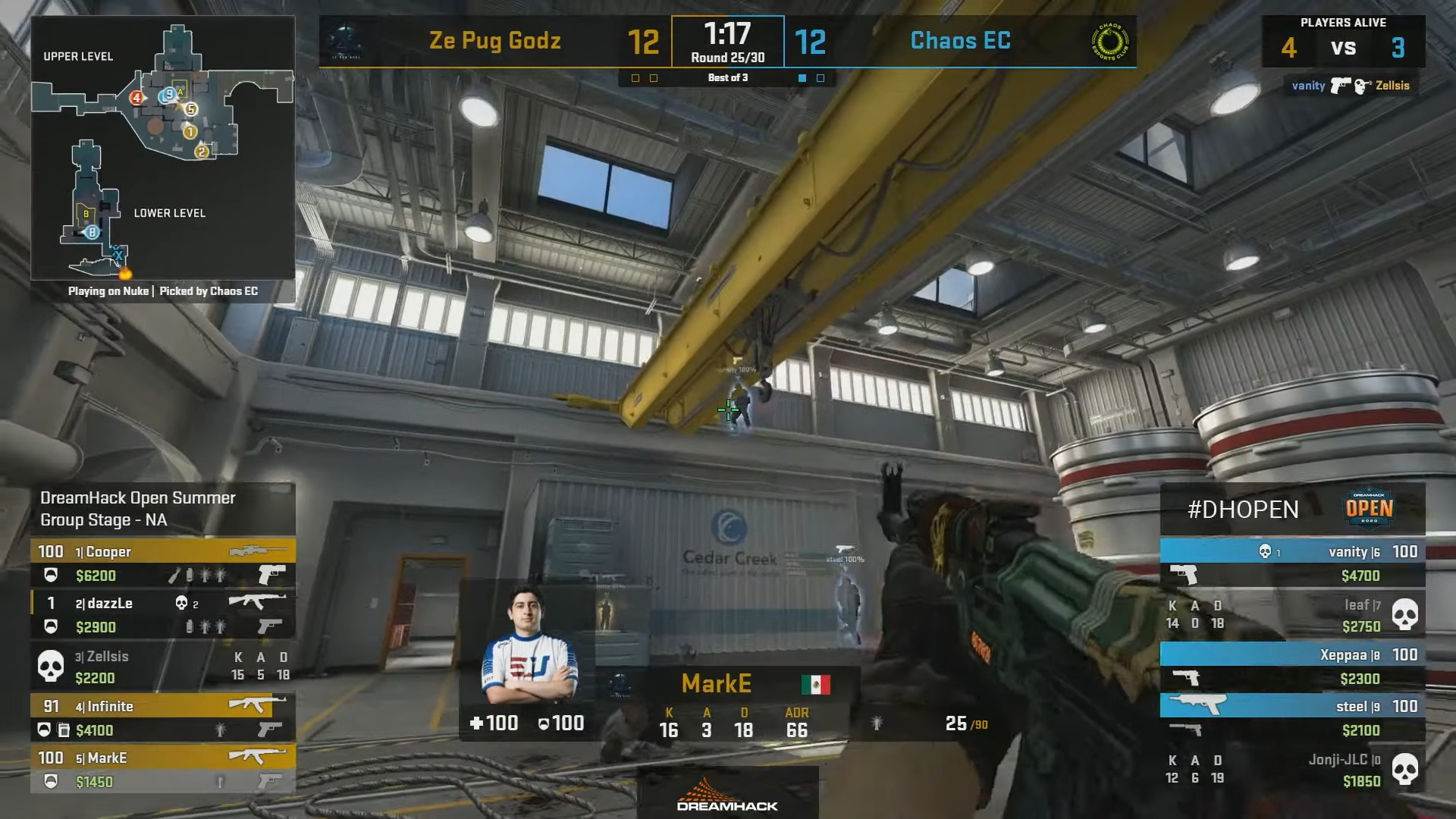 Chaos Esports Club is a relatively new entity within competitive esport; founded 2015 to compete in Apex Legends, Rainbow 6 Siege, and (of course) Counter-Strike: Global Offensive, they didn’t become a larger name until the past few months where they managed to topple some titans of esport.

What started as an all-Swedish team battling out in the lower tiers has slowly morphed over time into its modern presentation, featuring an NA roster that held Josh ‘Steel’ Nissan at the helm as the in-game leader; the same from the iBP match-fixing scandal of 2014.

Reformed, Steel brought the new iteration of Chaos into the limelight that all began with them finally defeating their nemesis of MIBR in early-June which brought about a flurry of accusations of cheating from MIBR and their fans; it culminated in death threats being levied against the sixteen-year-old Nathan ‘leaf’ Orf as they accused him of cheating consistently.

Yet MIBR was only a stepping stone under the leadership of Steel, that brought the team to a surprisingly high result within the ESL One Cologne 2020 Online tournament, where they placed 3-4th after a loss to Team Liquid, which then subsequently lost after a five-match banger to Evil Geniuses.

With Steel acting as the IGL, Chaos has looked indomitable; yet Josh Nissan’s past would inevitably come to haunt him, forcing Chaos coach Matthew ‘mCe’ Elmore to substitute in for Valve-sanctioned matches where Steel was banned.

We're bringing in someone we believe will bring the right mixture of raw mechanical skill and experience.

Now, Josh Nissan has left the roster to focus on streaming and content creation centered around Riot’s first-person shooter Valorant, and that leaves a massive hole in the roster for Chaos. A hole that needs to be plugged by someone who can not only tally frags, but likely can fill the now-vacant role of IGL for the NA organization.

Enter 22-year-old Edgar ‘MarKE’ Maldonado hailing from Mexico after brief stints on multiple T2/3 teams within the Counter-Strike scene; most recently Ze Pug Gods, and Swole Patrol prior to that.

Just last month, MarKE faced off against Chaos in a Bo3 where Chaos managed a (2-1) victory while MarKE held a -22 K/D ratio with 58.2 averaged damage per round. In the past two match-ups against Chaos, MarKE consistently held the lowest ADR for his team. Some point to this as a sign of competence (or lack thereof) while others state his short tenure within the roster didn’t allow the young player to find his footing.

Moving forwards, the questions are clear: will Chaos EC continue their Cinderella story within T1 CS:GO? Can Anthony ‘vanity’ Malaspina fill the massive shoes of Josh Nissan and guide the young players to victory over far more experienced teams?

CS:GO - Joshua 'Steel' Nissan Announces His Departure From CS:GO As He Switches To Valorant

Dec 11, 2020 Chris Miller 29050
Counter-Strike has been readily referred to as the bastion of esports. Simply put, if you were good enough to compete against the top players (and...

Dec 2, 2020 Chris Miller 5780
Before the pandemic began, no one knew who Chaos EC even was; they were a T2/3 team that stomped around in lower brackets while having a good...

Sep 25, 2020 Chris Miller 7900
A more fantastic storyline could not have been written by masters of the craft; the idea that it takes place in reality is an outstanding closure to...