CS:GO – Joshua ‘Steel’ Nissan Announces His Departure From CS:GO As He Switches To Valorant 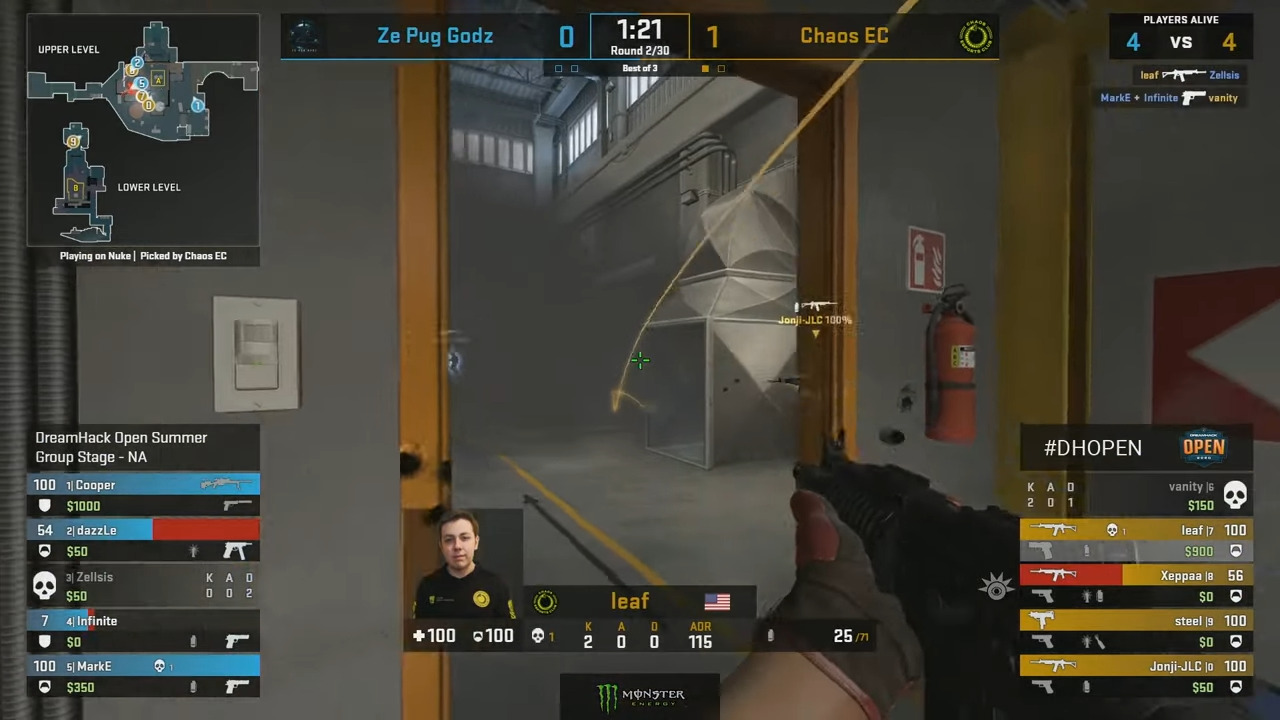 It was bound to happen, although Josh ‘Steel’ Nissan wanted one last hurrah with bringing Chaos EC into relevance marking the second team that he’s worked with to bring them to a higher tier of Counter-Strike play prior to his inevitable departure.

Josh will be transitioning over to a content creator for Riot’s hot new first-person shooter, Valorant, finally leaving the Counter-Strike scene after roughly a decade.

The likely straw on the proverbial camel’s back was the insipid verdict back in 2014 where he was indicted for match-fixing Counter-Strike games for profit; a move that resulted in a permanent ban from Majors.

This ultimately meant that, in spite of how the scene may view him currently, his play within professional Counter-Strike is extremely limited.

Multiple members of the CS:GO scene have put forward a statement of regret and well-wishes on his departure.

steel did way more good for NA CS:GO than the bad he did with the fixed match and it's not even close. If there were any justice Valve would be listening, but we know how that one goes…

I'm definitely very sad to see @JoshNissan leaving csgo, but mostly selfishly because watching him play and lead is a great joy and I don't know many people as passionate about Counter-Strike as Josh. I hope he has a great career in Valorant and will still frequent desks in CS.

Regardless of his spotty record, it’s admittedly difficult to deny his intrinsic value as an IGL and mentor for young talent that is looking to rise through the ranks into a professional scene, and many are figuring that Josh will continue to do much of the same within the professional Valorant scene, with likely a less pronounced spotlight on his previous dealings back in 2014.

These match fixings were revealed by Richard Lewis to take place between iBUYPOWER and NetCodeGuides, where Steel was on the iBP team; the team that agreed to throw the match on purpose in order to profit from betting, as iBP were heavily favored to win the match-up.

While the case, as a whole, does shed light on the difficulty of amending past transgressions, it also shows Valve‘s frank disposition of not being willing to barter with past offenders; an aspect that has recently been brought to light with Jammpi’s case against Valve.

Even at the best of times change is constant.

Coming off of our recent success, @JoshNissan will be transitioning to streaming full-time as a content creator focused on Valorant.

Yet to fixate solely on the past misdeeds would be egregious for a player that has cemented himself as a strong IGL for Chaos EC, bringing them into a modern standard of top-tier Counter-Strike (that has thus far avoided the current wave of scandal with coaches using spectating bugs) while dealing out a plethora of losses to the likes of MIBR, 100 Thieves, FURUA, and Cloud 9 as they have begun their climb towards the top.

Overall, bearing in mind Josh Nissan’s recent works within the scene, a shift to Valorant brings a rare opportunity to begin anew with the experience of uber-competitive esports under his belt. The vast majority of the professional Counter-Strike scene wish Josh Nissan well, and hope he can settle in new roots in Valorant.

Dec 11, 2020 Chris Miller 28870
Counter-Strike has been readily referred to as the bastion of esports. Simply put, if you were good enough to compete against the top players (and...

Dec 2, 2020 Chris Miller 5650
Before the pandemic began, no one knew who Chaos EC even was; they were a T2/3 team that stomped around in lower brackets while having a good...

Sep 25, 2020 Chris Miller 7810
A more fantastic storyline could not have been written by masters of the craft; the idea that it takes place in reality is an outstanding closure to...