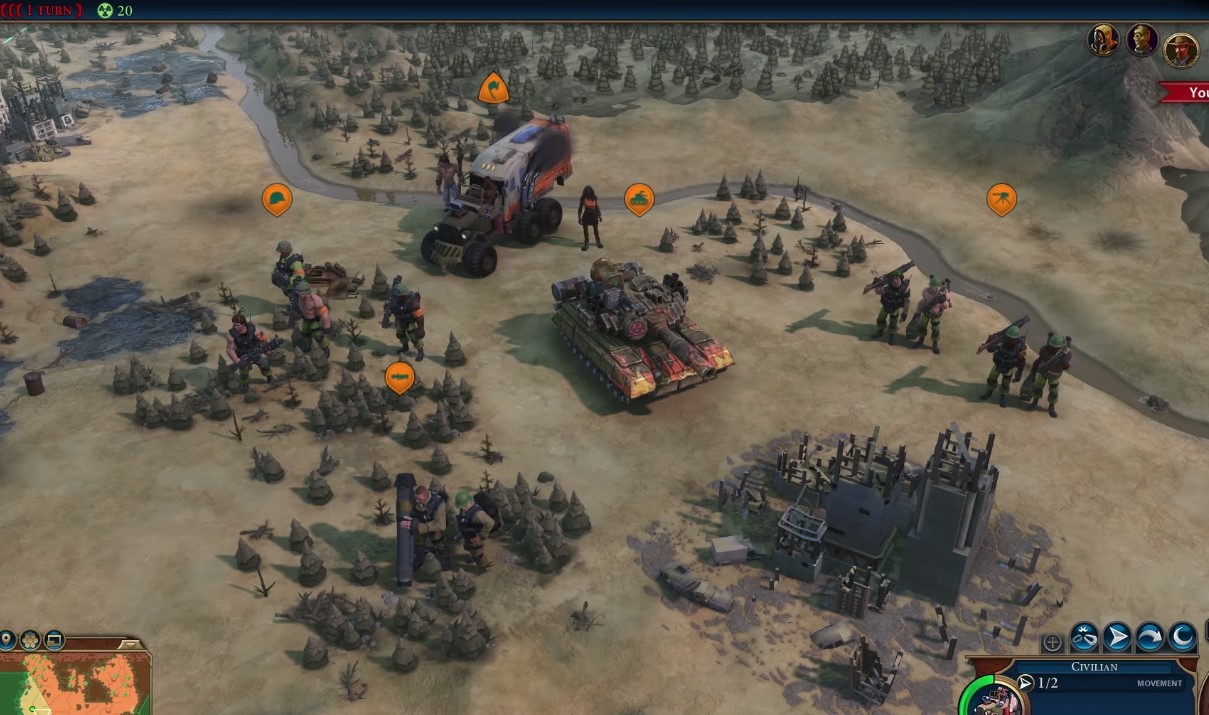 Civilization VI, a game developed by Firaxis Games, has launched a new big surprise update recently. Even though the developer has hinted many pieces of information about the upcoming release, many players have not seen this coming —a new mode for the battle royale.

The developer has officially launched a new battle royale setting and named it the Red Death. This mode is free for players that have bought the base game.

This mode involves a multiplayer setting that takes place in a future world after the apocalypse. The cities are falling into ruin, oceans are toxic, and a storm that emits radioactive particles are is destroying the planet. This dangerous storm is called the Red Death.

Players will play the roles as a protector that will safeguard their civilian units from enemies and the deadly storm of Red Death. This fatal storm releases harmful ionizing particles that forced players to have a battle in a “safe zone” area. From time to time, this safe area will shrink down as the damage brought by the storm increases. Players need to make sure they stay within the secure area to avoid getting killed by the storm.

This is not a “rebuild our planet” type of game. Instead, it’s like a big competition where each player tries to outwit other players as they all fight for the spot in the last space ship to get out of the planet. The game’s objective is to be the last one standing with at least one civilian still alive.

The game will go on as long as the players still have civilian units alive and kicking, even if it is just one last civilian standing. If the last civilian died, then players will be eliminated from the game.

The multiplayer mode of this game can hold up to twelve players. At the beginning of the game, players will need to pick from a selection of factions. Some of these factions include the doomsday preppers, vicious scientists, pirates of the 18th century, cult freaks, and many more. Each faction has its distinct powers; for instance, the doomsday preppers can get up to 100% experience bonus, whereas the pirates can withstand up to 50% less water damage.

When players successfully cleared the city level or raider camps, they have the chance to obtain whole new units. Additionally, when the deadly storm circle gets smaller, players can sometimes discover several supplies dropping along with tanks and other things that can be utilized in the game.

Players that are interested to know more about this new game mode can head on to the game’s official patch details on Steam.