Check In On Mario Kart Tour’s First Month And Massive Halloween Tour Event, Tons Of New Content For The Spookiest Time Of The Year 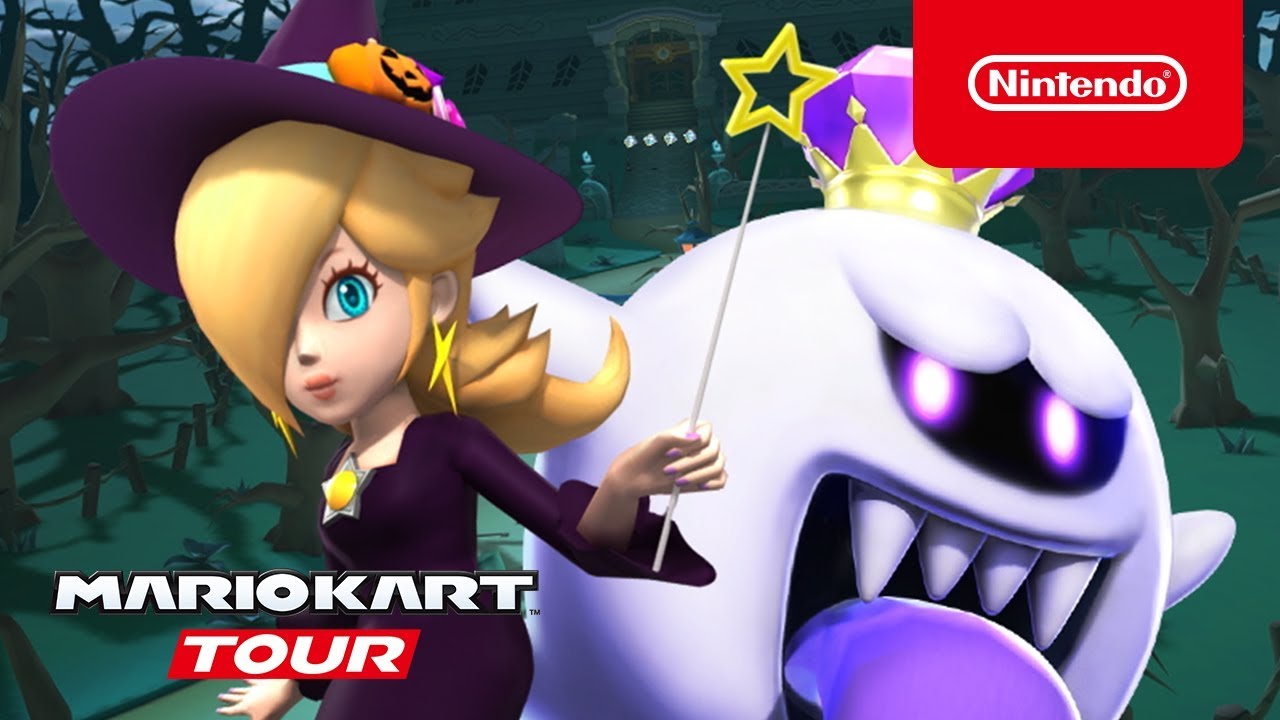 Mario Kart Tour has been making headlines since its release. With a pocket-sized full speed kart-racing experience, the game was immediately bound for success. Sensor Tower has reported that Nintendo’s newest mobile game has amassed around 123.9 million unique downloads across both Google Play and the App Store.

This dwarves Super Mario Run and Animal Crossing: Pocket Camp’s downloads with only around 20 million on both games. The popularity of this game was a surprise to Nintendo, but the game still falls short of the current champion of mobile launches, Pokemon Go, which sits at 163 million downloads in its first month.

(Boo!!) Halloween Tour is here!
A slightly spooky Halloween-themed tour is now available in #MarioKartTour until 11/5, 9:59pm PT!
Roast the competition with Rosalina in her cute witch costume, or use King Boo to blast your way through the Luigi's Mansion course! Trick-or-Treat! pic.twitter.com/kHbHiQKZXS

Mario Kart Tour was quick to release its special Halloween event with six new drivers, three new courses, Time Trials, and much more. Luigi finally made it to the game with his younger counterpart Baby Luigi. Waluigi also joined the fray with a Halloween Rosalina skin and King Boo quick to follow.

Several new courses have been in the game for a while, including Luigi’s Mansion, Ghost Valley, and Waluigi Pinball. They are all fast spooky courses that help you get into the spirit of this time of year.

The Pipe Buggy, Warship, Dark Clown, Queen Bee, Trickster, and Ghost Ride are all new karts. They each come with their own point value, and they look really impressive, letting you stand out as you pass the other races on the track.

New gliders are also available, including Piranha Plant Parafoil, Waluigi Wing, Rainy Balloons, and Wicked Wings. Glide in style and show your Halloween spirit as your speed to victory on the track.

The last big addition in the update included Time Trials allowing players to start competing for better times. Time Trials have been a part of Mario Kart for a very long time, and fans are super excited to see their return. If you manage to get high speeds and beat specific times, you can win Grand Stars. If you paid for the Mario Kart Tour Gold Pass subscription, you can get some rare karts and a Peachette for 250 Grand Stars.

Mario Kart Tours is available on both Android and iOS devices. It is free to play with some gacha mechanics mixed in. The payable mechanics do not change the game but merely add more cosmetic items to play with. If you are a long term fan of Mario Kart or simply want another fun mobile game to add to your phone, this may be the game for you.