If Nintendo Switcher gamers are looking for a game to mentally stimulate them this holiday season, look no further than Link-a-Pix Deluxe. This game, which initially came out on the Nintendo 3DS, is heading to the Switch with brand-new content that is sure to test players’ critical thinking abilities.

The goal of the game may be confusing at first, but here is a video that players can watch, showing off the actual gameplay of Link-a-Pix Deluxe.

Once players understand how to play the game, they may agree that this is a fascinating concept. It is a unique puzzle game that requires players to think logically and continually examine the whole scene.

To do that, take a look at the number of the color-coated square. If it is a three, that means that the line can only be three squares long when it connects to the other square.

At 41 seconds in the gameplay video, it shows an example of what was just described. The end-goal is to connect all of the color-coated squares, revealing a picture.

When in doubt, if the gamer gets stuck or doesn’t understand the game but wants to try it out, they can click the Info button on the main menu.

All in all, there are 240 puzzles for gamers to try their hand with. This includes 120 color-filled puzzles as well as 120 mono puzzles. The developer, Lightwood Games, has also promised players extra content that will be released periodically, ensuring to keep a high re-playability for the Link-a-Pix Deluxe.

Puzzles range in difficulty in Link-a-Pix Deluxe, which was shown in the gameplay trailer. The smaller ones will allow players to sharpen their skills and to learn how the game works. Then, gamers can tackle the vast, scrollable grid puzzles, like the one featured as the last puzzle in the gameplay video.

So, if Nintendo Switch gamers are up for the challenge, Link-a-Pix Deluxe’s will be releasing on January 2nd, 2020. It is only $7.99, can be purchased through the Nintendo eShop, and if a player buys it, they will be eligible to earn up to 40 Gold Points!

But, why wait until then? The Demo is available through the Nintendo eShop right now, so start solving! 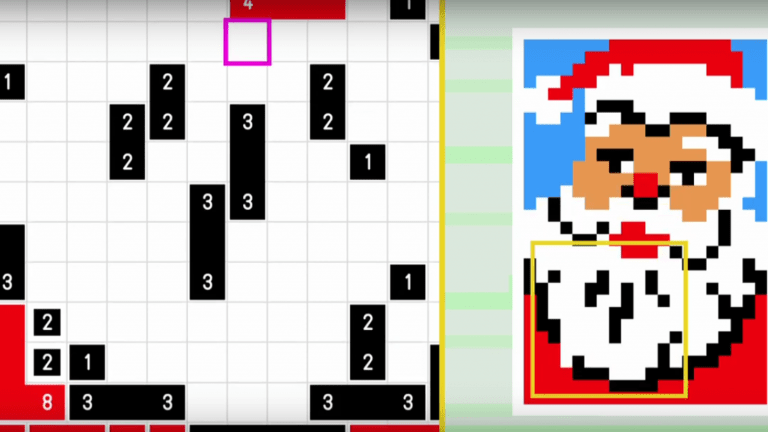 Dec 28, 2019 Stephen McCaugherty 3260
If Nintendo Switcher gamers are looking for a game to mentally stimulate them this holiday season, look no further than Link-a-Pix Deluxe. This game,...