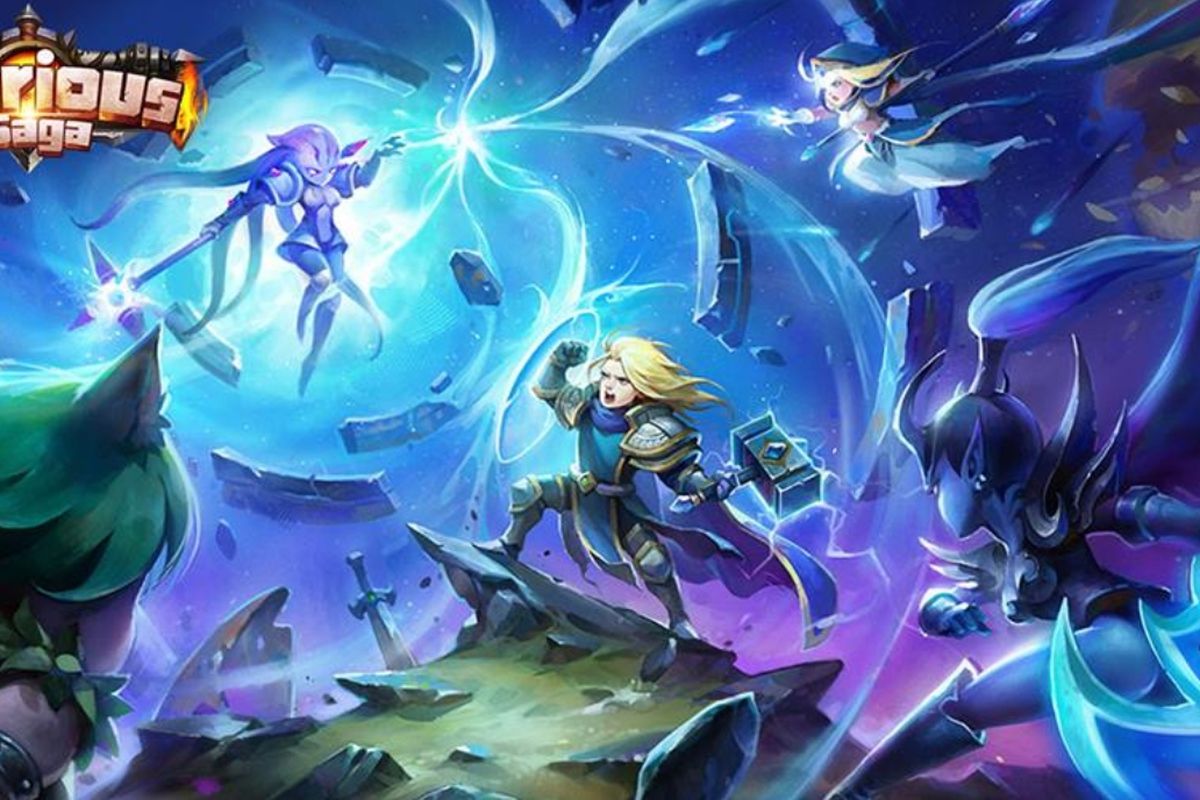 Every time a game gains intense popularity, clones and copies start to appear. Sina Game’s title called Glorius Saga is making headlines over its blatant copying of character styles and even names from the ever-popular Warcraft franchise. This is a dangerous move on their part as big companies like Blizzard have legal teams standing by for situations like this.

The similarities continue to be evident as simply watching the gameplay of the infringing title gives way to audio that sounds just like the battle sounds of World of Warcraft. The suit continues to state that weapons, amulets, and other objects were taken directly from their title without any pretense.

The icon for the game is even styled to look similar to the newly released Battle for Azeroth cover with a human staring into the eyes of an orc. Although the gameplay follows a different formula than anything found in the Warcraft franchise, it is still a major issue for the industry as a whole that companies overseas can rip such beloved characters.

The main reason that Warcraft was targeted comes from the massive audience that already knows the brand image. It makes it a very popular target for unethical developers to build their game around. Gamers often see other well-known franchises having similar issues with everything from Pokemon to Naruto in the crossfire.

Further inspection of Sina Games shows that their business is founded on making and selling knock-off games. Almost every title they own infringes upon some level of popular entertainment.

Blizzard is seeking maximum statutory damages of $150,000 per each copyright infringed, plug legal fees, and a permanent injunction against Florius Saga and any other Sina-operated games. This is a lot of money that Sina will be paying to Blizzard, but that is the risk they took when trying to rip-off such a widely known franchise.

It appears that Sina is already surrendering as they posted on Facebook and have suddenly closed the game. Their message reads, “Thanks for your support and love of our game. We had a great and happy time in the game, but due to some irresistible reasons, we decided to announce that the game will stop operating at 06:00 on 29th of Aug. (EDT), and all the servers will be closed. Players can’t login any longer.”