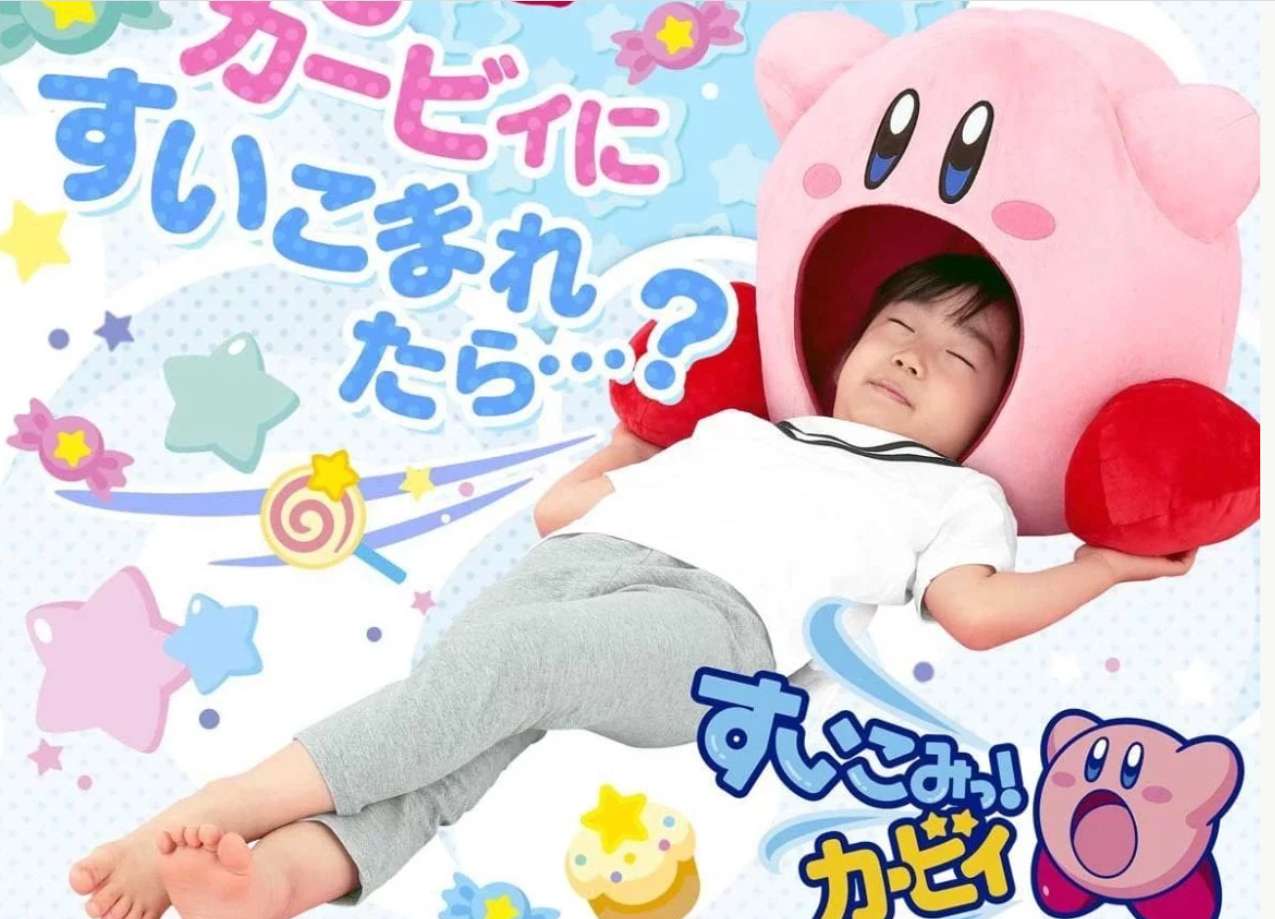 If you’ve ever played a Kirby game, or any of the Super Smash Bros. fighting games dating back to the original on Nintendo 64, you’re familiar with Kirby.

This lovable pink cream puff is the stuff of Nintendo legend, appealing to the culture of cuteness that is prevalent throughout Japan while also giving us a simple yet memorable video game character.

Like other video game icons such as Mario, Sonic, and others, Kirby has had a ton of merchandise created around his likeness. But one of the best Kirby related product to be released in Japan may have taken the cake when it comes to creativity, coolness, cuteness, and being maybe just a little weird.

It’s the Kirby Nap pillow, and it’s different from other pillows in that it more closely resembles a cat bed than a typical pillow.

Kirby is the actual Pillow, standing straight up with his huge circular mouth open. In order to use it, you have to actually stick your head inside Kirby’s mouth, so it looks like Nintendo’s roundest hero is actually eating you. (And no doubt gaining your powers in the process)

Not only is this product super cute, but it’s also appealing in the modern social media sharing age. It’s the perfect shareable content, which only serves to push the pillow out in front of more eyes. It’s a creative and fun way to use an iconic character for a totally new type of product.

The immersive “cat bed-like” style of this pillow gives nappers a darkened cozy environment to catch 40 winks in. The mouth itself is 23 cm by 21 cm, which should be large enough to fit heads of all sizes.

If you order this product directly from Bandai, you’re looking at a pretty high price point that most people would balk at for a pillow. It costs 9,500 yen, which translates to around $87 USD. However, this product (or a similar knock off product) is also being sold on Amazon for a mere fraction of that price.

Kirby was a character originally conceived for the original handheld Game Boy console. His first game, Kirby’s Dream Land, was released in 1992. He is mostly known for his ability to inhale objects and enemies and absorb their powers to use as his own. He can also fly for short periods by expanding his body.

He comes from Planet Popstar, where he defends the world against villains such as Dark Matter, Nightmare, King Dedede, and Meta Knight. Kirby was also an original character in the Super Smash Bros. series, and has appeared in every Smash Bros. game to date.

In Super Smash Bros. Ultimate on the Nintendo Switch, Kirby is the main character for the World of Light story mode.

Dec 11, 2020 Chris Miller 7490
You either use Facebook readily and offer up your information to the company that has been battered with lawsuits regarding the selling of...

Oct 30, 2020 Chris Miller 6150
Here's a piece that can readily be pointed to in the future as corporations try to fight consumers on the right to repair their devices, locking down...

Oct 24, 2020 Chris Miller 7350
It's becoming infinitely more clear as time progresses that Facebook as zero intention of offering the Oculus Rift as an actual VR platform as its...