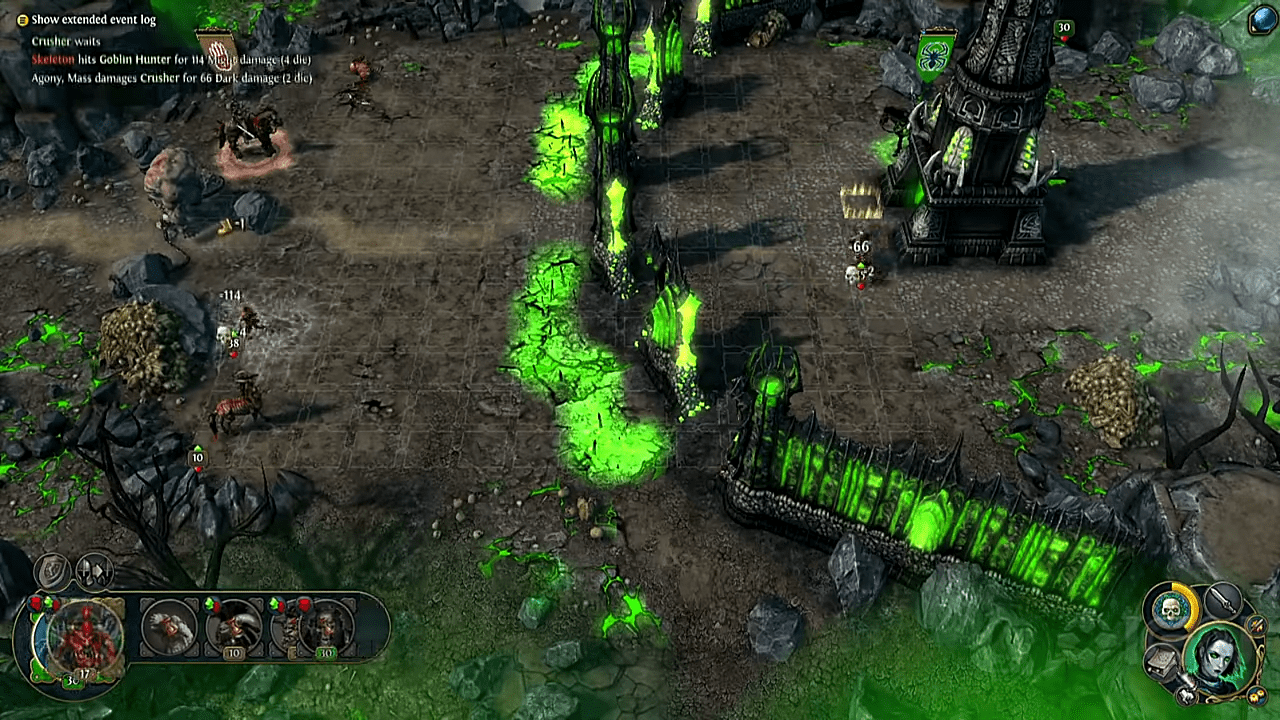 Heroes of Might and Magic VI (‘HOMM’ going forward) is the sixth game of the series, which was developed for the first time by a different studio compared to the prequels, Black Hole Entertainment.

It was released in May 2011 and featured one standalone expansion: Shades of Darkness.

HOMM 6 maintained the core aspects of the game but dumbed down on others. The gameplay of Heroes VI mainly follows in the same vein taken by its predecessor, i.e., hero-based faction-affiliated development. As such, every faction has two types of heroes; every unit has an upgrade and turns to affect combat as they affect the general gameplay. There are substantial changes, however, and these include the replacement of magic guilds by the creation of the spells/abilities wheel, in addition to the skills wheel.

New affiliations called “Tears” or “Blood” appear and play a significant role in hero development, notably influencing their skills. For instance, a “Tears” affiliated hero will have more defensive/beneficial buffs and his or her reputation will allow for more peaceful negotiations between potential enemies. A “Blood” affiliated hero, on the other hand, will profit from destructive/dark abilities and gain bonuses in adversary combat aimed to hurt the opponents.

The player’s possessions are still regrouped in “Kingdoms,” though now they are not just an overview, but also a part of the map “owned” by that player. The presence of a town determines who owns the land itself. All forts, mines/deposits, and occasional goods givers now automatically replenish the army and the wealth of this player even if another player’s heroes “flag” them. This situation lasts as long as the player is the owner of this given town. Only a few buildings within the area remain neutral to whoever visits them. The feature was reported as a significant improvement of the gameplay since the previous games, as players no longer need to garrison their mines and dwellings located outside towns for protection, even though it was also criticized as being “too easy” by some older fans.

Finally, the game now features only four collectible resources (instead of the classic seven): gold, wood, ore, and blood crystals. The wood and ore are more common and serve to build the player’s towns as well as keep the flow of the marketplace. The gold is less common and helps to purchase goods and armies. The crystals are rare and valuable and are required for otherwise unaffordable content (like Champion creatures, for example).

– Multiple difficulties in choosing from;

– Dumbed down the system of owning the kingdom, instead of having to fight for forts/deposits, etc.

Two years after launch, Ubisoft announced that it would no longer support the multiplayer servers.        The launch was plagued with crashes and bugs and required multiple patches to make it stable.

The game received positive reviews in spite of the poor launch of the game, and even though many-core systems have been dumbed down, others have been added to the game to make it entertaining. Overall it is weaker than the prequels, but it can still be played occasionally to scratch the HOMM itch.

Dec 31, 2019 Giorgio Delgado 28320
Heroes of Might and Magic VI (‘HOMM’ going forward) is the sixth game of the series, which was developed for the first time by a different studio...