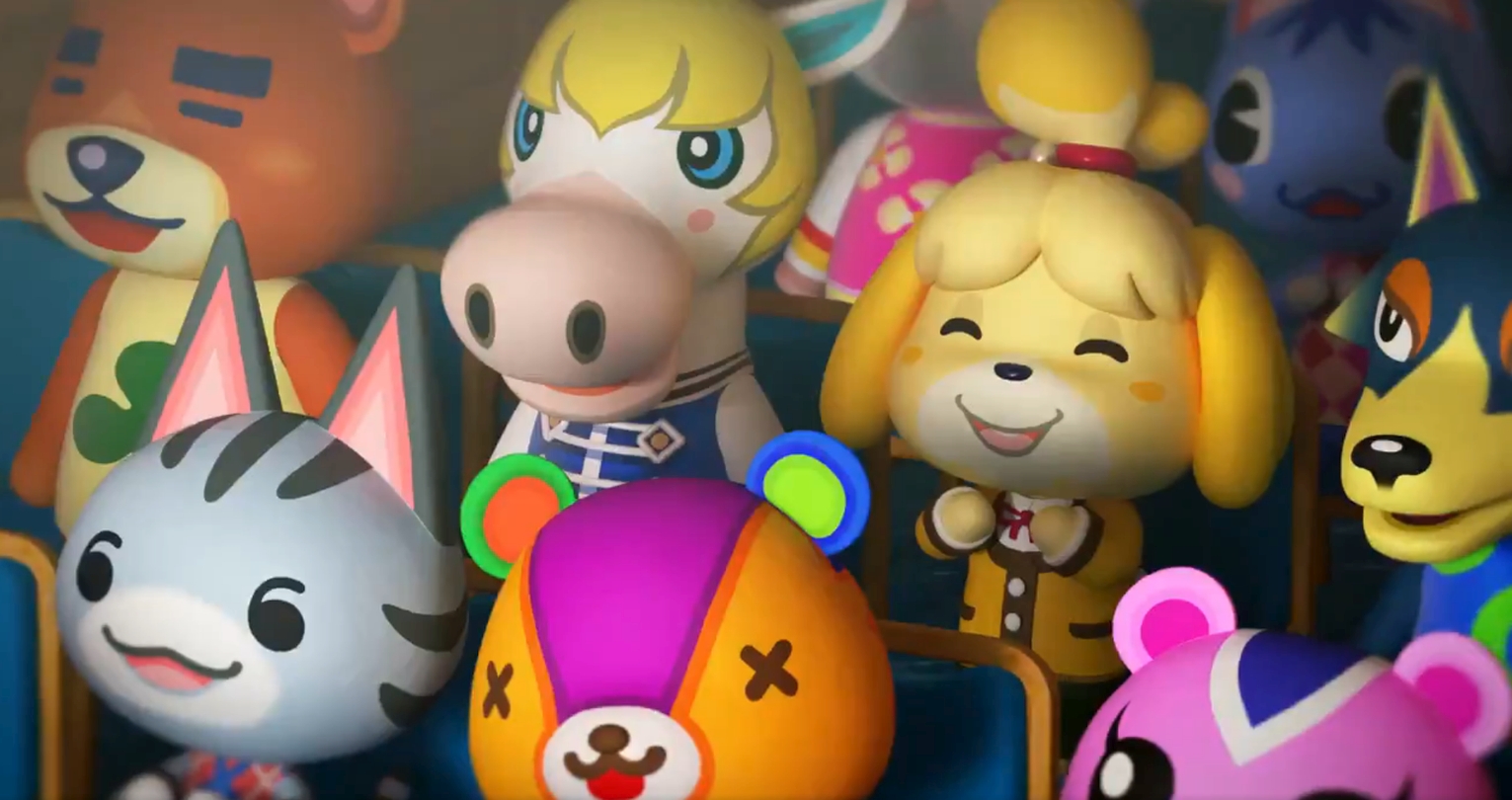 Animal Crossing: New Horizons is the newest title in the long-running series. It will also mark the first Animal Crossing series on the Nintendo Switch.

Tom Nook gave us a sneak peek of his Deserted Island Getaway Package today. It was SO exciting! 😍 🌴 pic.twitter.com/V6XSJ2eCAd

The trailer was first released in Japanese on New Years, but the worldwide content is essentially the same.

The Nook family is on-stage and introduces the game in front of the audience. Together, they present a speech about the benefits of living on an island.

There are several wide shots of the animals that will make an appearance in the game. The audience includes a few favorites, including close-up shots of the last game’s helpful assistant, Isabelle. With all Animal Crossing games, there are sure to be new animals to befriend and celebrate various holidays.

Isabelle quickly became popular with gamers and continued to appear in Nintendo titles. She had a major role in the mobile-only game Animal Crossing Pocket Camp and as a playable fighter in Super Smash Bros. Ultimate.

The trailer also gives players a look into island living within the game. Players travel to a deserted island and help bring it back to life. Similar to other Animal Crossing titles, players will help out other animal characters and build new helpful items on the island.

The commercial will begin airing on tv in Japan.

While players wait for the release of New Horizons, the mobile-only title is still active. The game isn’t the full Animal Crossing experience but has players running a campsite. Along with Isabelle to assists, players can decorate their campsite plus help other animal characters. The title has several in-game microtransactions, but most are only cosmetic or for very rare items not critical to enjoying the title.

Besides from a commercial, new artwork and ads have begun appearing. Before the holidays, an ad was released, asking, “Why not start a new life on a deserted island?” from Nook, Inc.

Another promotion image was released, showing two campers working beside the beach with their animal friends. Within the trailer was a look at the official box art.

The new artwork and trailer show that Nintendo is working hard to increase the visibility of the game before its release in two months.

Animal Crossing: New Horizons will be released on Nintendo Switch on March 20, 2020.

Riot Games, The League Of Legends Developer, Is The Leader Of Twitch Viewership And Hours Watched In 2019