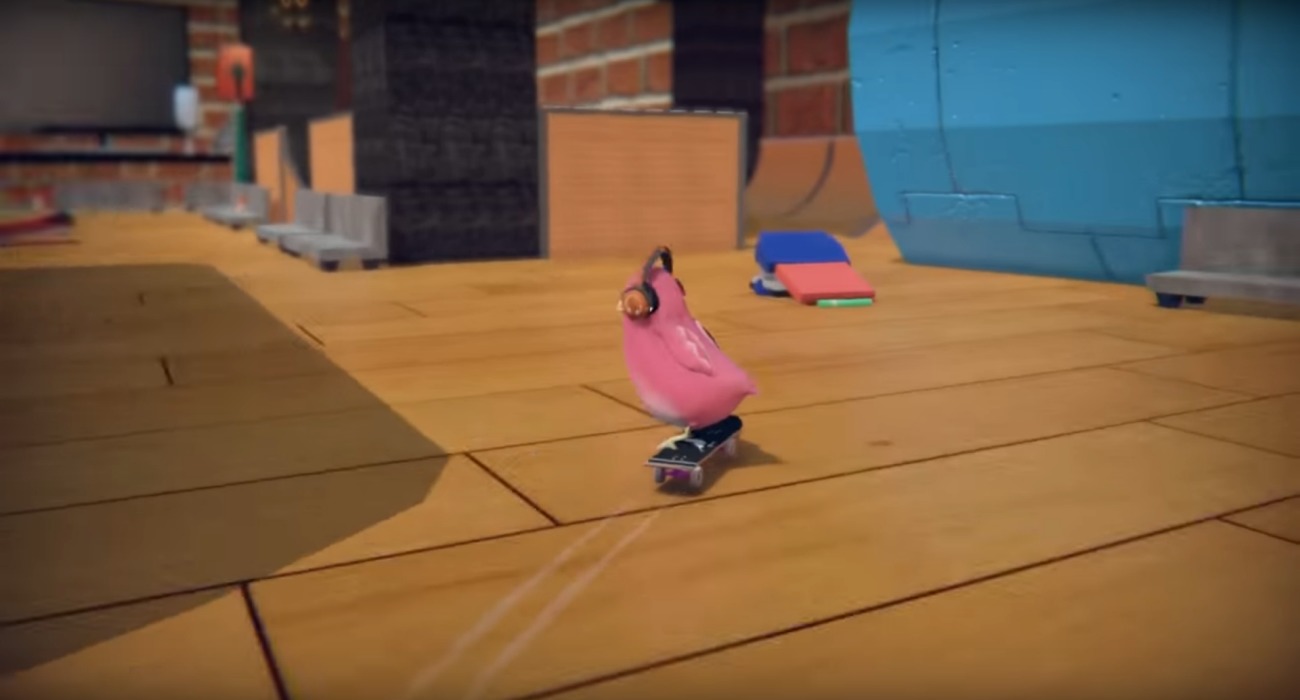 So far at E3, we’ve seen some amazing announcements. We finally got a little more details on Cyberpunk 2077 told by none other than Keanu Reeves. A sequel to The Legend Of Zelda: Breath Of The Wild is in the works. And, Banjo-Kazooie is coming to Super Smash Bros. Ultimate for the Nintendo Switch.

All of these reveals were amazing, but one game that seemed to steal the show was Skatebird. This game pretty much came out of left field, which is being developed by Glass Bottom Games. The trailer shows off a cute little bird skateboarding like the pros. Sounds like a particularly odd combination, but somehow, it all works.

This small game got its start on Kickstarter not too long ago, and since then, it’s gained so much positive feedback. It’s receiving just as much buzz as the big AAA games, in fact. That’s pretty incredible and just goes to show you that out of unique ideas, greatness is possible.

This year, many expected to hear more details on Skate 4 or Session. Alas, they were no-shows. This gave Skatebird the perfectly opportunity to steal the spotlight. So what is Skatebird and why is it gaining so much attention?

To start, the concept of a bird doing tricks on a skateboard is pure genius. It hasn’t been done before, so this novelty is pushing the game ahead of many other games that have been announced this year at E3. Despite being such a cute and funny concept, the skateboard mechanics actually are pretty decent.

Grinding a rail, riding a wall, and transitioning into a quarter pipe feels pretty realistic. It seems like a lot of time was poured into the physics of this game, which is pretty impressive given that Glass Bottom Games didn’t have a large budget. In fact, the lead developer Megan Fox claimed she spent around twenty thousand in total. This small budget doesn’t take away from Skatebird’s amazing experience. It all feels so fun and refreshing.

Additionally, the game doesn’t take itself too seriously. It knows what it wants to achieve: Have fun going around beautifully designed courses and learn some cool tricks. Just a couple of minutes with this game and you’ll understand why people are buzzing about it.

There is no official release date for Skatebird, but the demo is currently available now for anyone that wants to experience this unique and addicting game.