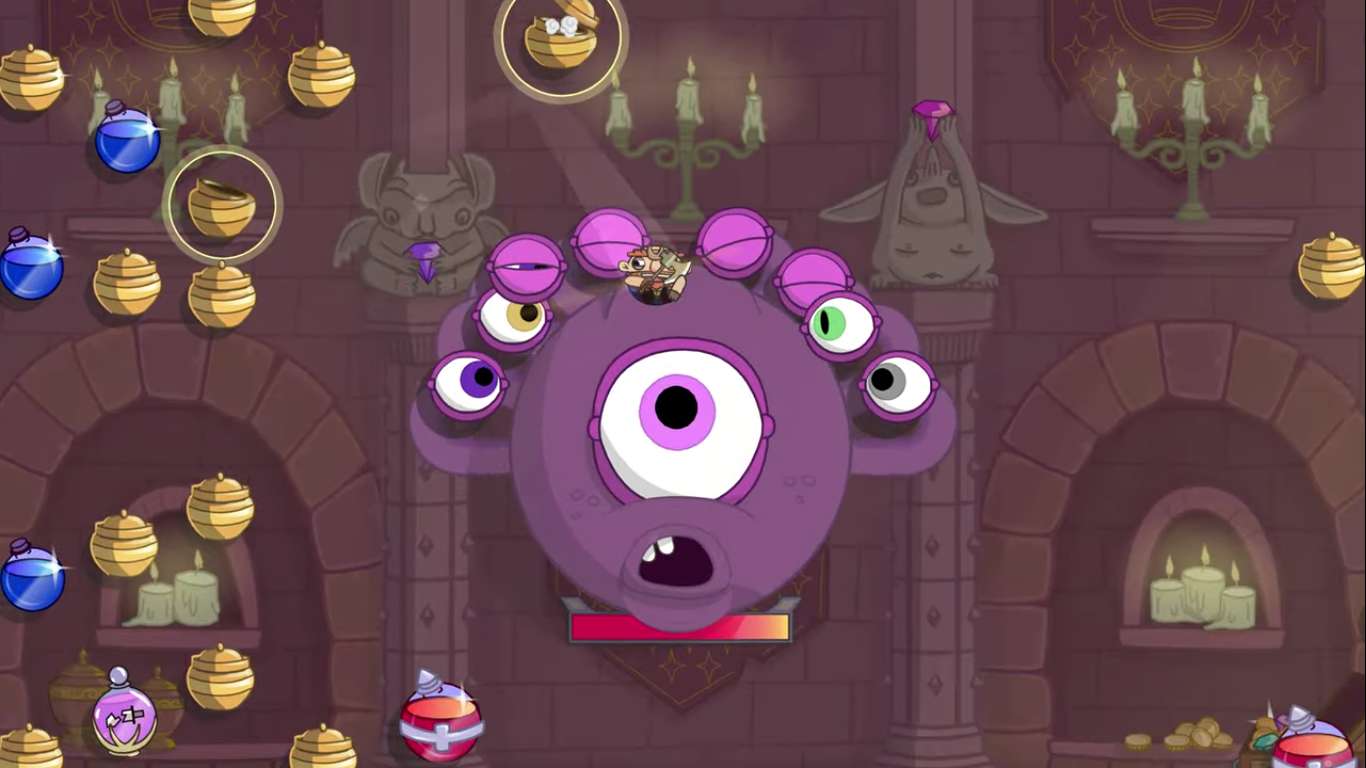 If you are a hidden Peggle champion, then this title is right up your ally.  Roundguard is set for a March 13 release window on PC, Nintendo Switch, and Xbox One. PlayStation 4 is planned to receive the game shortly after the launch.

The three members of the Roundguard will hurl themselves into the game’s dungeon to accomplish goals. Similar to Peggle, they will bounce off walls, jars, and collect gold. It is the pinball mechanics that make this adorable title fun for all ages while still maintaining an adult level of difficulty.

Roundguard is full of different physics-based fun as you watch the heroes of this story bounce around the walls. The unique dungeon crawler is full of cheeky humor as you play as the Warrior, Rogue, and Wizard. Each one of these heroes comes with their own unique skills and items designed to clear the dungeon and take home the loot.

Each time you play, the game will be different as the dungeon is randomized. Levels are procedurally generated and quests are randomly placed. Elite monsters will spontaneously appear along with events set to a similar randomization pattern.

There are over 100 items and trinkets to be found within this title. Each one has its own unique effects and powers, presenting unique combo opportunities and strategic choices.

The castle is full of colorful characters that will hand out strange quests. You may meet a goblin poet, dark elf master chef, for a smarmy teenage skeleton as you make yourself at home in the strange world.

Players will have an extra level of difficulty added to the game for when they die as they gain the opportunity to bring a special trinket with them. This trinket’s power is based on how much gold you grabbed in the last run. The more gold you managed to find inside the castle, the stronger your trinket will be.

There is an online leaderboard that allows players to compete against each other for higher scores. Master all the rule-bending relics and complete every challenge to make your score soar above others. Like Peggle, only the best bouncer will be able to score massive points on the leaderboard.

This game has been developed by Wonderbelly Games and will be published by the Quantum Astrophysicists Guild. The game is intended for PC, Nintendo Switch, and Xbox One. PlayStation 4 will gain its launch shortly after the initial March 13 window.