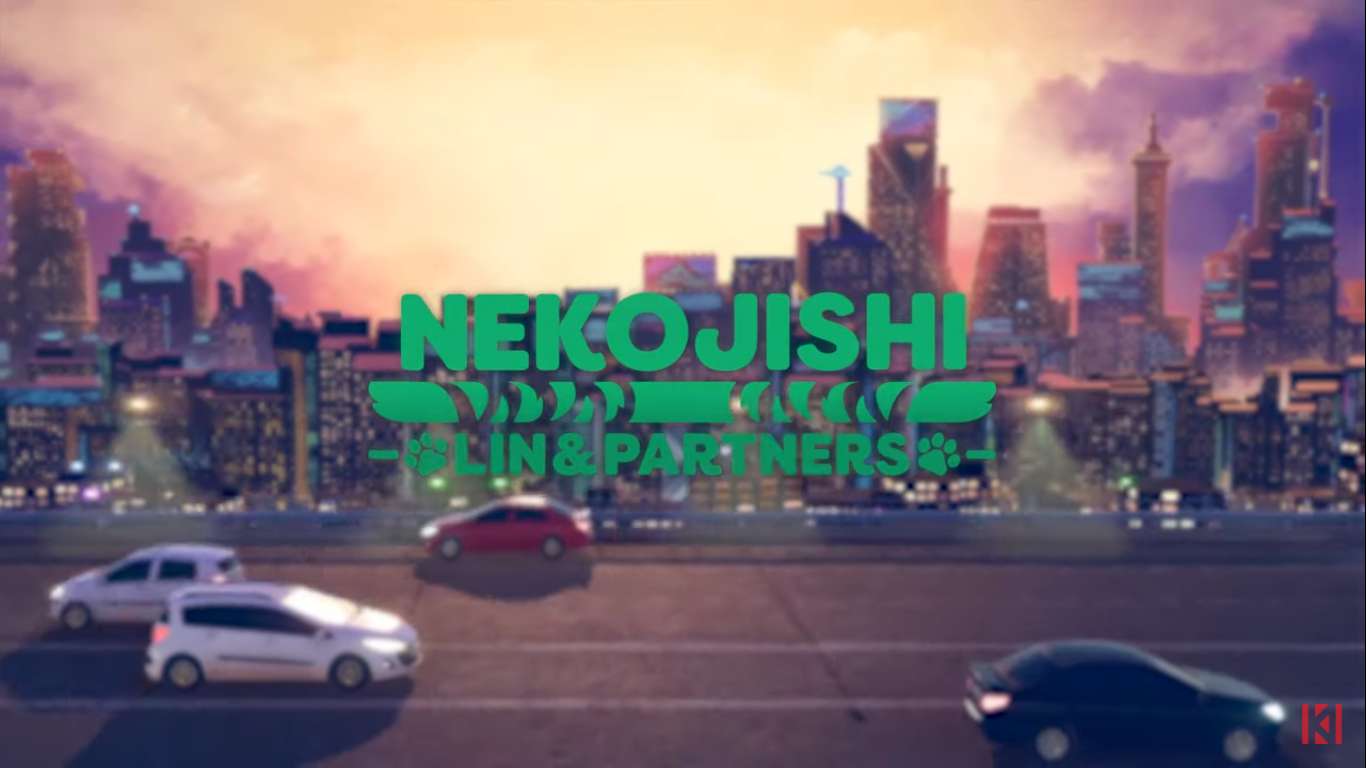 Tons of great games launch out of Kickstarter, and Nekojishi: Lin & Partners is no exception to this. The game’s campaign is still active and collecting money way past its expected goal. The adorable concept, animation, and concept art have raised over $50,000 in development funds.

As money pours in, fans are quickly growing in anticipation. Stretch goals quickly are folding into reality with the power of many backers. They have already gained enough funds to make the game a reality, next would be extra cut-in artwork for debates within the games. After that, fans can receive an English voice acting with an extra goal still to be discovered.

Liao, the main character, has been awakened to the ability to see the gods and spirits of the world. It is through this that he has come into contact with three feline spirits who each wanted a say in how life and how his future should progress. Three years after the original Nekojishi, Liao is out of college and out of money. Thankfully his spirit friends are here to help.

This is when Liao takes the reins at Lin & Partners Architects LLP. This is an architecture firm that specializes in the restoration of haunted locations and solving the problems within each spot. This new business venture helps connect Liao with new and old friends as you bury yourself even deeper within the world of gods and spirits once more.

The gameplay itself is split between Adventure Mode and Dabate Battles. In Adventure mode, you explore Taiwan as a world of spirits and culture. Talk to characters, solve puzzles, undertake quest, and so much more is found throughout the world. The Debate Battles is when it is time to convince the spirits of something.

Players use their Argument Cards to damage their opponent’s credibility. Using these cards makes use of Inspiration Points, which return every year. In some scenarios, players will need to use specific clues gathered throughout the adventure to disprove statements made by your opponents.

This game is well along with its development and follows directly after the Nekojishi visual novel. Players will enjoy this unique blend of mythology, cat gods, and more once the game has a full release to the public.

For more information, check out the game’s Kickstarter page that is still live. The game is scheduled to be released sometime in 2021 for the Nintendo Switch. There is no guarantee that it will be on any other platforms, but fans remain helpful for a PC release.