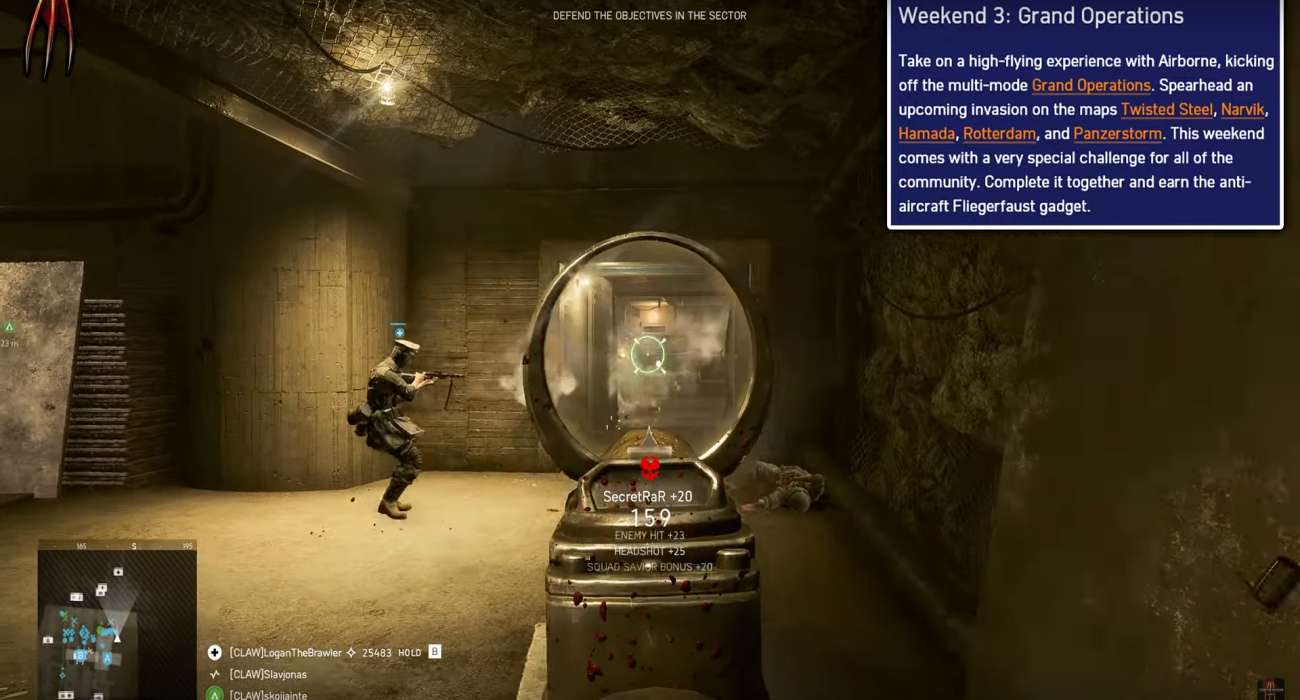 One of the premiere first-person shooters right now has to be Battlefield 5. Developed by Electronic Arts, this is the sixteenth installment in the Battlefield series. Talk about longevity. If you haven’t had the chance to play this game, now may be your chance to get your foot in the door. That’s because EA is having a series of free weekend trials for the game in which anyone can check out select modes.

The first weekend trial will let users enjoy Rush, a mode where you try to either disarm explosives or plant them all while completing other objects. It has been a fan-favorite since the jump and is certainly a mode that gives you an accurate idea of what Battlefield 5 has to offer. Even though the mode is being offered in a trial period, players still can earn rewards that they can access later should they decide to purchase the game.

Next week, the mode called Conquest will be available. It involves competing for locations on a map. The mode supports up to 64 players, which is pretty incredible if you enjoy the more massive online battles. Right when the match starts, there’s pure anarchy that you’ll have to account for. It’s a Battlefield classic that keeps a fast-tempo from start to finish. To have success, you’ll have to plan out your attack just perfectly.

The last trial weekend — which starts October 24 — lets players enjoy Grand Operations. Rather than just a single match, this mode stretches across multiple days. You’ll get to compete with other teams in a series of different challenges. Thus, it’s better to take a long-term tactical approach to this mode rather than just trying to win one single match. Grand Operations is a mode that feels like it has more weight. There is more gratification of winning too because of how long the mode lasts. The team with the most points at the end is declared the victor.

All three of these modes paint a unique picture of what Battlefield 5 provides to users. If you’ve been on the fence about purchasing the game, these trial weekends should give you plenty of content to sink your teeth into as far as the multiplayer modes.

Once again, these are trial periods that will not be lasting forever. So if you’ve wanted to see what this FPS franchise is about, be sure to mark these dates on your calendar. You won’t regret it.