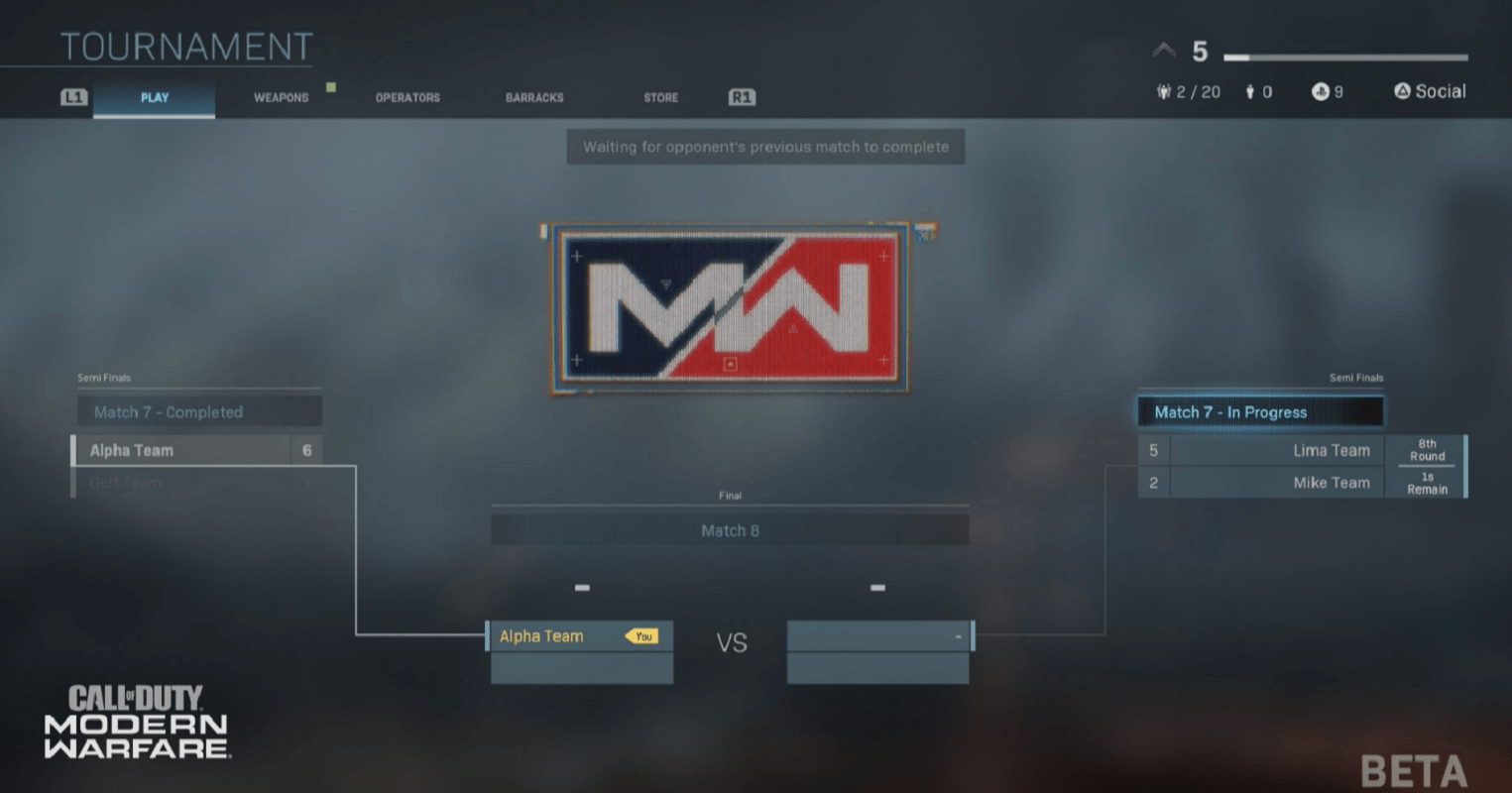 A good old’ fashion gun fight tournament has entered beta mode and is playable on Call of Duty: Modern Warfare. 2v2 Gunfight Tournament has launched for a limited time!

There will be 32 participants, each paired off, making up a team of two. Sixteen teams will fill up the tournament bracket in the ultimate kill or be killed showdown.

The bracket is a single-elimination format, meaning if a team loses, they’re out of the tournament. Gamers will be able to see the bracket in the menu and will be loaded into a game right when their opponent is ready.

This mode will separate the strong from the weak as players are given only one life and a randomly chosen loadout.

When a team wins a match, they will earn XP and other rewards. Players should note that they may have to wait between each round, depending on how long it takes their opponents to finish their match.

If a team manages to win all eight matches, they will become 2v2 Gunfight champions, and be rewarded with a high tier cosmetic award, as well as a liberal amount of XP. However, players can only win the cosmetic reward once, so if they end up winning another tournament, they will only get the XP reward.

As the 2v2 Gunfight Tournament is in Beta, there may be some hiccups that gamers face. Players are encouraged to give feedback about their experience to developers to help them refine the game mode.

There were some other changes and fixes rolled out at the same time this tournament was launched. Call of Duty: Modern Warfare received an update with the following changes:

There were some general fixes with the patch as well, including:

• The developers removed infils for both teams when loading into a Search and Destroy match on Piccadilly
• When using a thermal optic with a PP19 Bizon and aiming down sight, the scope would appear white. That bug has now been fixed
• The E.O.D. perk wasn’t allowing players to hack claymores in free for all, so that issue was taken care of
• Gamers were exploiting some out of bounds and boosting bugs, and that has been fixed.
• Fixes have been rolled out to realign the laser sights for the P90 and MP5.
• Special Operations received a minor adjustment to the difficulty.

The 2v2 Gunfight Tournament should be a fun time for players that like high risk, high reward scenarios!