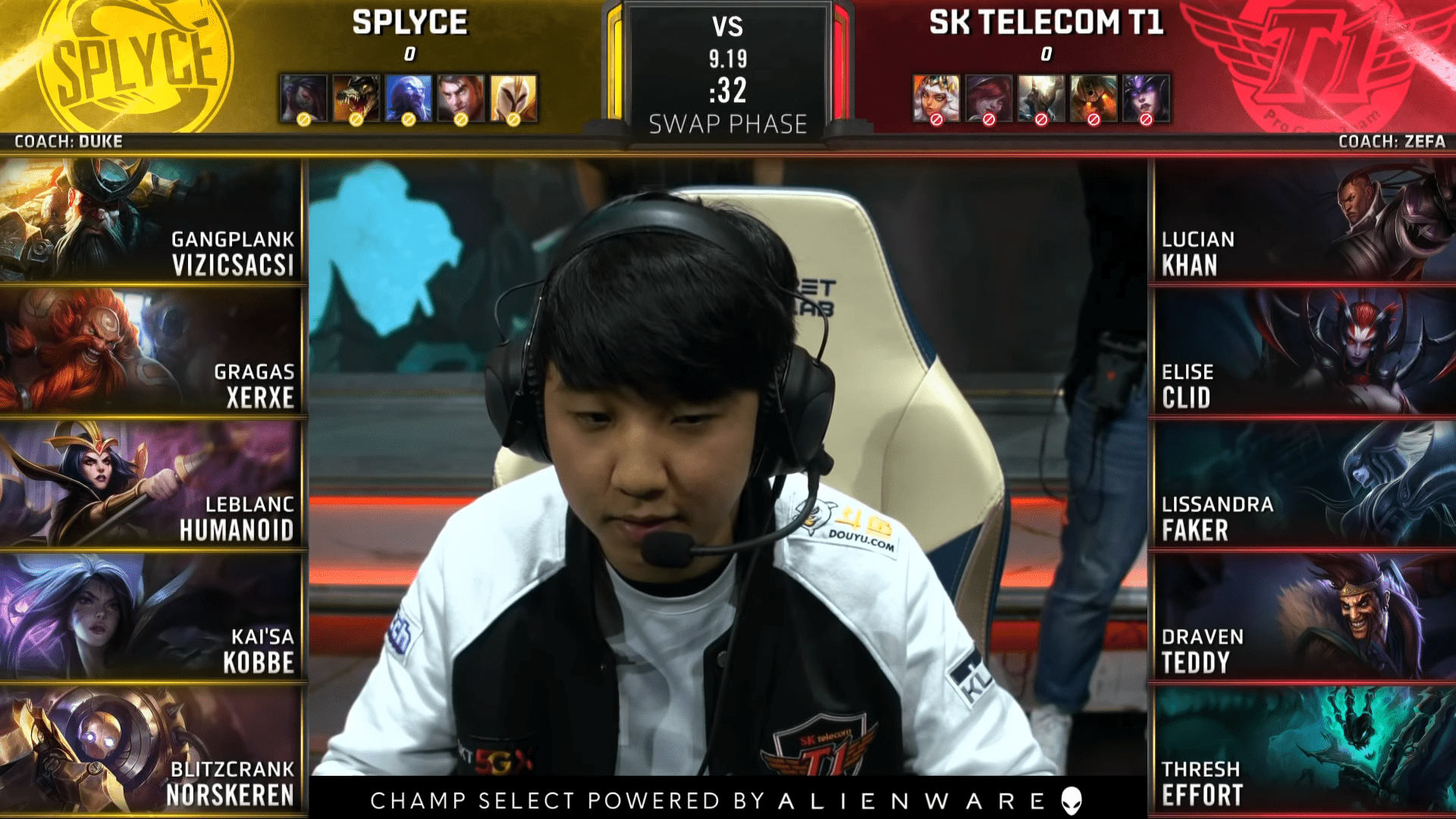 Former SKT, current T1 after the joint venture with Comcast, has announced the roster going into the next season.

The organization managed to retain three starter players from the previous year, mid-lane superstar, Faker, and the bot lane of Teddy and Effort.

We’re excited to announce that Kim “Canna” Chang-dong, Choi “Ellim” Ellim, Lee “Gumayushi” Min-hyung, and Choi “Kuri” Won-yeong are called up to join the roster, along with Kim "Roach" Kang-hui who is joining the team this year.

Following the loss at the Semifinals of World Championship against G2 Esports, the community was unsure if the T1 squad would stick together, even if they had a very dominant year. Once the free agency period has opened, multiple players posted farewell messages to SKT, a bad sign for the fans.

Former top laner ‘Khan,’ former jungler ‘Clid, former support ‘Mata,’ and the former Head Coach ‘kk0ma’ have all left the organization. While fans were upset at the players for leaving the squad, which could come back stronger in the next year and dominate even harder, it is understandable from a business perspective.

The career in Esports is unstable; you can go from playing for a top team in one year to playing for a bad team in the next year. This reasoning is why it’s crucial to analyze all opportunities as they arise and benefit from them. Both Khan and Clid showed a fantastic display of talent this year, they are highly valued by all regions, and multiple teams from LCS, LPL, and LCK offered them considerable salaries to join them.

As for kk0ma, he has been with SKT since 2013, he started as a pro player and then transitioned to the coaching role. He has been pivotal in their wins, and roster rebuilds every single year. With the recent news about him getting married, he might be looking for a bigger paycheck to have a more stable and safer future, and it’s understandable.

While the previous players and head-coach of T1 will be missed, the organization took some steps to relieve some pressure from the existing players. The organization promoted the trainee’s to the main roster as substitutes. All four are promising solo-que gods, who are looking to follow the steps of Faker, who was once a solo que god as well before being picked up by SKT. One more critical acquisition is the Head-Coach of Damwon Gaming, who led Invictus Gaming to win their World Championship 2018 and led the LCK rookies from Challenger LCK to World Championship in 1 split.

While the names are relatively unknown to the Western scene, they are known on the local Korean scene. Every pro player knows the names of the SKT trainees, who sit and play solo que for up to twelve hours a day to prove that they deserve a chance at competing in the main roster.

Fans should trust the organization, T1 never managed to maintain the same roster for two years in a row, but every time they rebuilt, they came back much stronger. Will they follow the footsteps of the previous iteration and dominate the local scene, or will they fall to the new superteams in LCK?