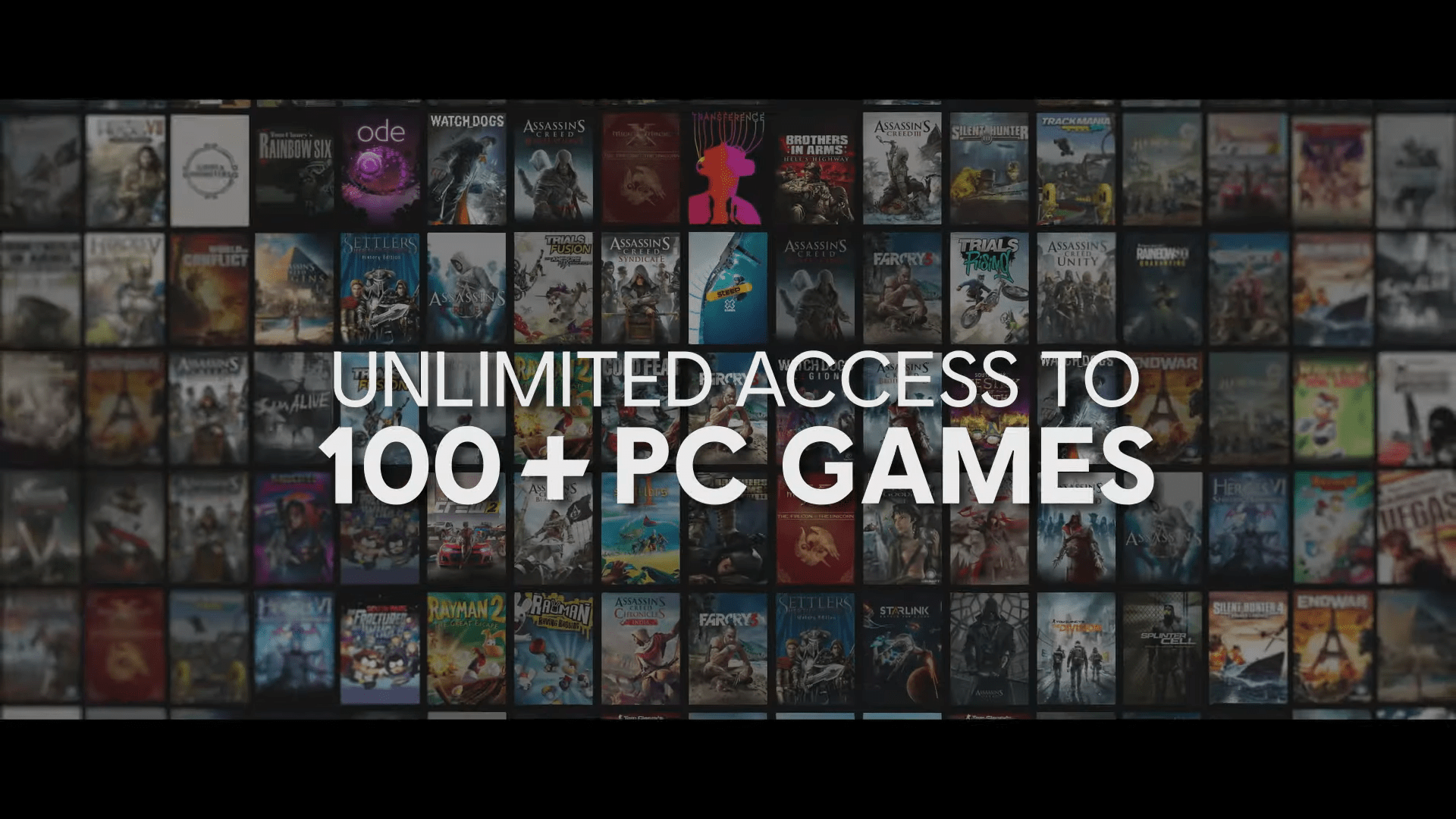 Ubisoft, the gaming company behind great titles like Assassin’s Creed, Far Cry, and Rainbow Six Siege, is slated to release their gaming subscription service, Uplay+, on September 3rd this year.

The service is targeted at PC users (and eventually Google Stadia) and will be available for $14.99 each month, giving users access to more than 100 different Ubisoft games, early entry to new content, and the ability to use cool extra features like downloadable content and premium editions for games.

Recently, Ubisoft released the full list of games that will be available when the subscription service becomes available. Per the official Uplay+ page, “With Uplay+, access a growing catalog of 100+ Ubisoft premium PC game editions, including new releases, classic titles and beloved franchises.”

More than 100 games and DLC announced for Uplay+ 🎉

Check out the full list and get the details 👇

The game list is branched off into nine categories: All, New releases, Most popular, Action/Adventure, Shooter, Racing, Family, Strategy, and Horror.

Uplay+ will feature fresh content, including titles that have yet to be released such as Tom Clancy’s Ghost Recon Breakpoint, Watch Dogs Legion, Tom Clancy’s Rainbow Six Quarantine, and Gods & Monsters.

Fan favorites and classics are also among the 100+ game list, making it easy for purchasers of the service to get a taste of new releases while also enjoying Ubisoft’s top gaming experiences.

The gaming subscription service will work by offering users a catalog of available games, which they can then download and play at their leisure.

Uplay+ can be canceled at any time during the subscription, and players will still be able to play games for the rest of the month that they paid for. Previously purchased games will not be affected.

Right now, Ubisoft is also offering a deal where “players can sign up for the Uplay+ Free Access Program to benefit from a free trial of Uplay+.” This grants full access to Uplay+ for free from September 3rd to September 30th, at which point the service will renew itself for $14.99 the following day if players don’t cancel before then.

With so many fantastic game titles to access and enjoy, the Ubisoft gaming subscription service stands at a favorable price point combined with excellent features and more than 4,000 hours of game-play that many people will undoubtedly take advantage of.

Sign up for the free trial now on the official Ubisoft Uplay+ page and get ready to binge play everything from racing games like The Crew to family fun classics like Uno and Action/Adventure favorites like Tom Clancy’s Splinter Cell, Prince of Persia, and Transference.