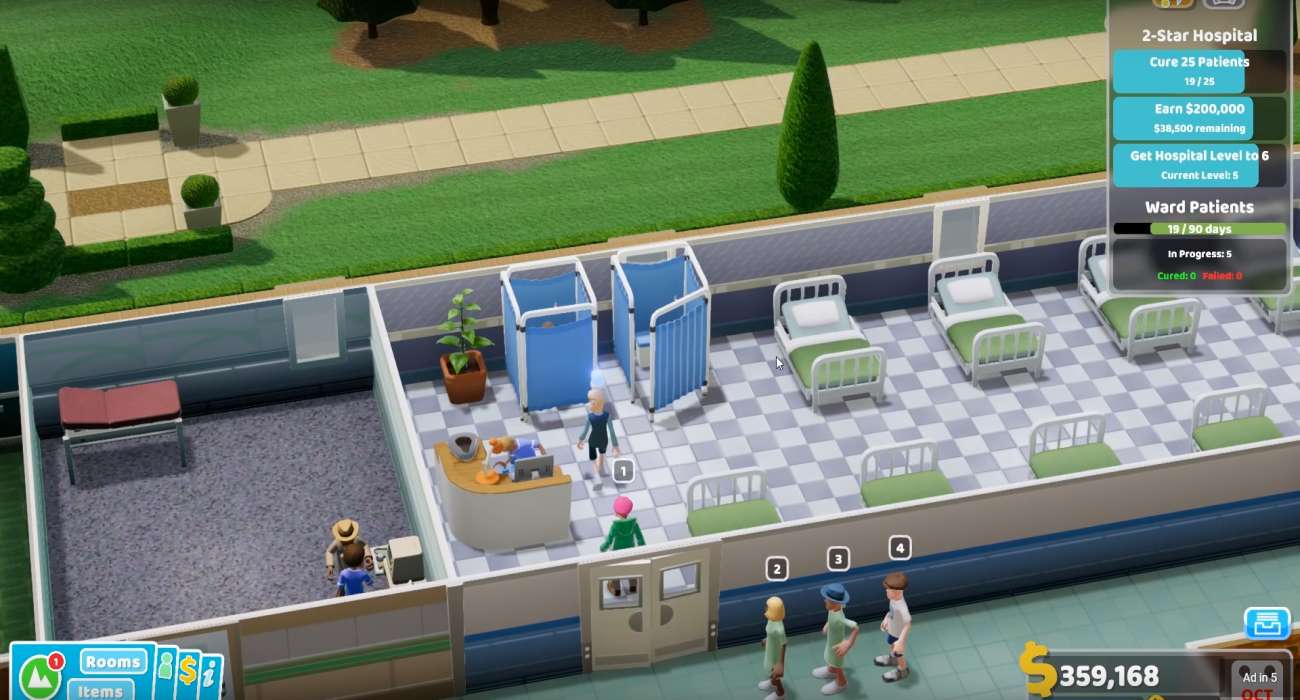 In case you haven’t noticed, most of your favorite video games are getting a spooky coat of paint. After all, Halloween is just a couple of days away. What better what to celebrate this holiday than to get festive with some Halloween cosmetics and modes? A lot of developers have recognized the opportunity of reaching new audiences with these Halloween-inspired events.

In this mode, some of the maps are getting bats and moody lighting. These changes are subtle, but they give the game a fresh look that’s good to see every once in a while. While you’re enjoying the Spooky Mode, you’ll hear a Halloween-themed soundtrack. You’ll even get to cure a themed ailment called fright-headedness. If you’ve enjoyed playing this game since its release on Steam back in 2018, you’re probably even more ecstatic to see how festive the developers have gotten.

Even without this limited time event, Two Point Hospital is a fun game from top to bottom. You’ll have the chance to create your own hospital from scratch. In addition to designing beautiful elements, you’ll need to keep in mind their practical nature as well. You’re the architect in charge of this hospital build, and it will be up to you to get this project up and running.

You’ll get to tinker around with various elements, from hallway spaces to waiting rooms. You’re not handed any blueprints. Instead, you’ll have to go through a trial and error process to figure out what designs help optimize your hospital’s cash flow the most. Every decision you make affects your hospital’s bottom line. Talk about a lot of pressure.

Despite the serious subject matter, the game has a fun and playful vibe to it. Part of this can be attributed to the quirky visuals. They aren’t the most realistic, but rather have a cartoonish vibe. They have a lot of personality that will help lower your guard as you take on such a huge and important task.

If all of this sounds amazing, you can purchase Two Point Hospital for cheap on the Steam store. In fact, for a limited time only, it’s 66% off.