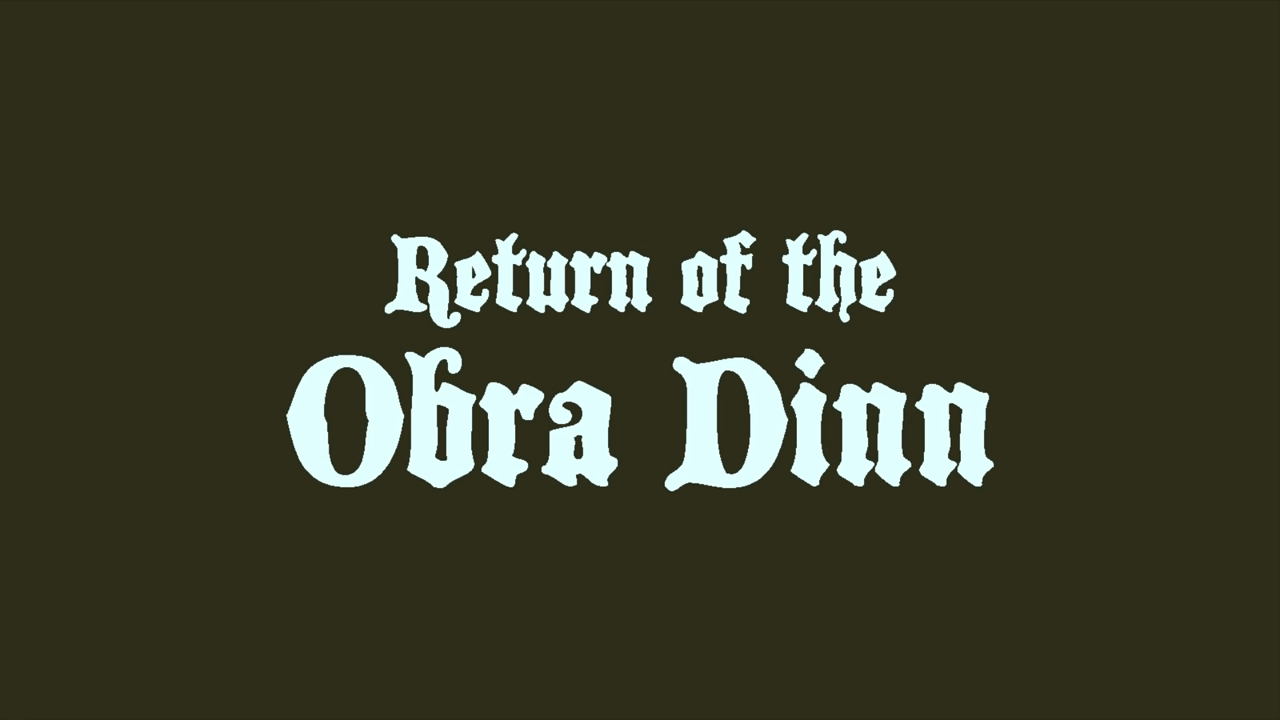 Lucas Pope, an America-born herald developer, currently based at Saitama, Japan; His recent opus, Return of the Obra Dinn, was built in a non-linear retina 1-bit visual style. This gives the game a retro noir aesthetic visual, frankly spoken; Lucas has crafted arguably one of the best detective games and coincidentally in PS4 as well.

Gameplay
The year is 1807, and players positions as an insurance adjuster for the East India Trading Company, who, contrary to his decision, sailed off to a coastal town in deepest Cornwall to investigate the killings of the Obra Dinn’s crew. The Obra Dinn happened to be part of a company financed trade vessel that cruised mysteriously to the Cornish waters.

The Return of the Obra Dinn starts in pitch black, as a tired insurance adjuster who is being helped by a local fisherman conveying him to the lost vessel, as he moans and grumbles about the state of affairs, he opens his eyes and alas he ascents onto the ship. Immediately a ledger is attached to him, where he takes notes of the events that afflicted the crew of the Obra Dinn, as this is written in chapters.

Use of the ledger
Since the game allows free movement across the ship, players will often uncover events in an un-uniformed manner. For instance, the first corpse on encounter is an event that occurred at the end of the Obra Dinn event, regardless of what is shown, players are to fill the ledger, precisely detailing the catastrophic event that happened to the ship and its crew.

Comes the Time-Travel Compass – The Start of the Detective Work
With the help of the Momento Mori, an eerie-looking compass, players find themselves transported temporarily to the exact moment before the killing of whoever is being investigated. With this ability, players can walk around the scene, jotting down important details about the identity of the deceased. The event or individuals in the area and the manner the person died. The discovery of each identity takes patience and research. But a crew manifest is handed to players, which shows the names, ship rank, and ethnicity, the deceased must tally with the names in the manifest for a proper audit. Players would have to go through a process of deducing and extrapolating vital facts from journals, pictures, conversations, and various sources to get the precise identity of each person on board.

The Gut Factor
Where Return of the Obra Dinn excels is the depth to such proceedings. Players would have to make often a leap of logical faith based on actual data found and still make decisions by the gut. Also, solving the death case of a character doesn’t necessarily show the identity of the individual. Often, players would uncover clues about characters in the memories of the individual that don’t appear to lead anywhere. Mode of Death
When concluding the actual fates of each crew member of the Obra Dinn, the interpretation of facts can be gloomy and proving difficult in the description. However, players can choose from a range of verbs when describing the number of different fates for an individual. For instance, ‘shooting,’ ‘stabbing,’ ‘suicide’ (this particular one has a myriad of deaths caused in itself), ‘bludgeoning,’ and more. Yet, it isn’t always clear what caused the end of an individual, which further proves the Return of Obra Dinn to be some hard nut to crack.

The Pace
When looking at the overall task, and the fact that there are 60 different cases to be solved, one gets a broader understanding of the tragedy that afflicted the Obra Dinn. At first, it can feel overwhelming; however, the dashing beauty of the game’s non-linear design empowers players to follow the strands as they lead to one another. (Like a spider in a web)

The progression of the game is somewhat slow, because finding the actual fates and identities of three crew members so they can be typed and immortalized in the ledger. Once that’s done, it’s considered a closed case. Thus, the scope of the investigation narrows down.

The Atmosphere
To fully explain the atmosphere of the Obra Dinn would be to explain how water became water because it drowns in its immersive experience. The voice acting is thought out, with each actor selling on their plight and demographic.
Whether it’s the subtle creak of floorboards on the gun deck, the sound of the water carefully lapping against the side of the boat, or the thunderous blather of rain, the atmosphere of the Obra Dinn is faultless. Only a handful of games come close to creating such an atmosphere, a sense of being, and the feeling of a place – safe its unconventional display as well.

The Return of Obra Dinn is a rarity. An 18th-century detective with a distinct style, allowing players the kind of logical deduction based endeavor little to no genre offers to this extent, the Return of the Obra Dinn is a must-play. The hunted ship screams.

The return of the Obra Dinn is out now on PS4, Xbox One, PC, and Nintendo Switch. Check it out!

RETURN OF THE OBRA DINN 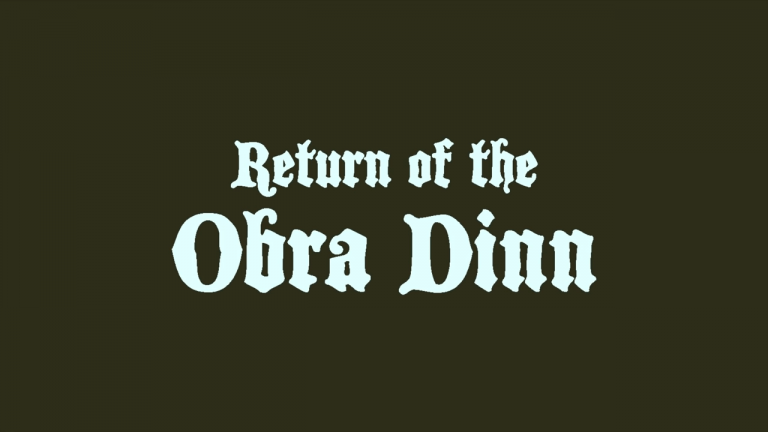 Oct 25, 2019 Emmanuel Giovanni 7840
Lucas Pope, an America-born herald developer, currently based at Saitama, Japan; His recent opus, Return of the Obra Dinn, was built in a non-linear...