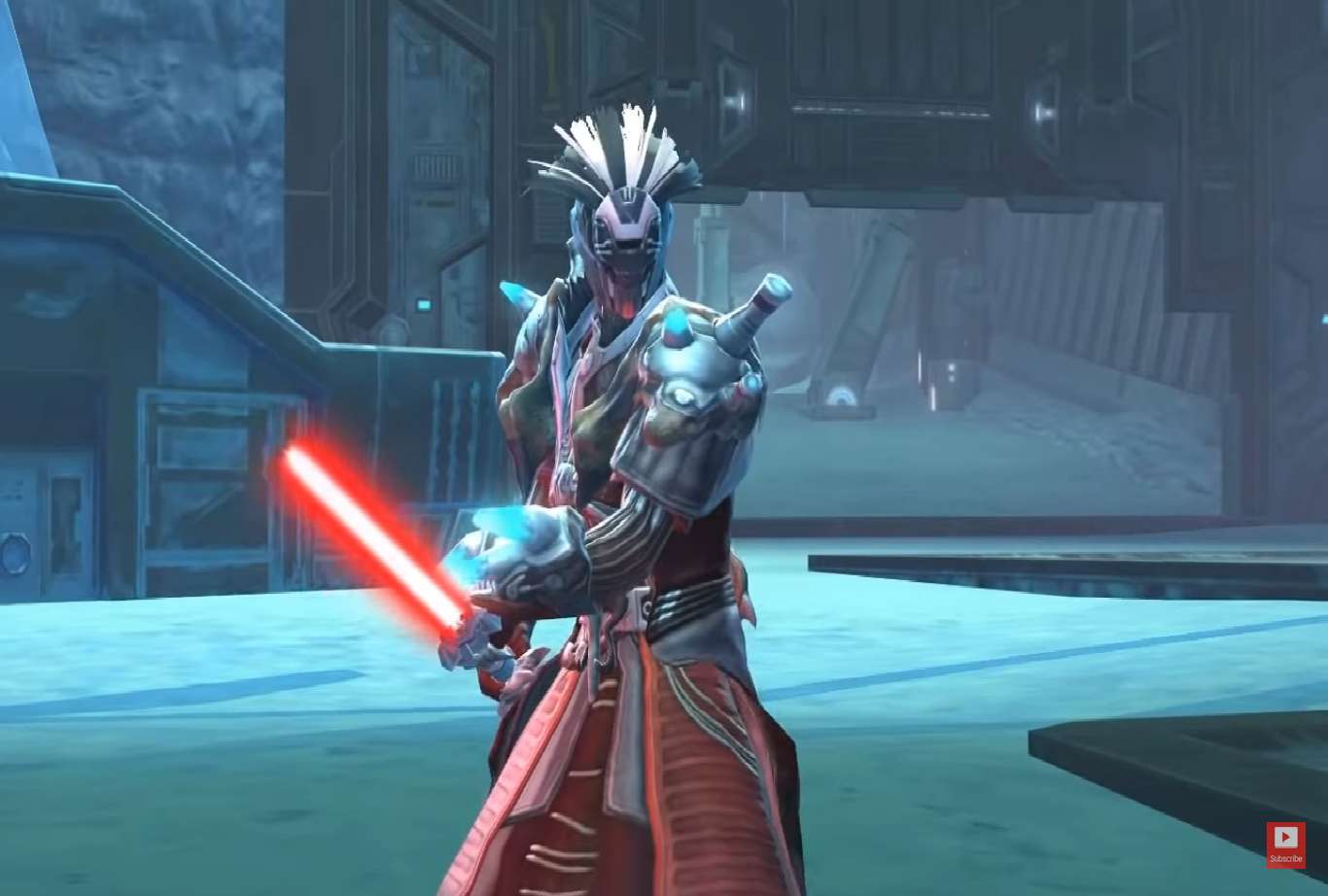 The Jedi Shadow and Sith Assassin are unusual classes; they wear light armor have low HP compared to other tank archetypes, yet they can perform the job just as well, if not better, than the Guardian/Juggernaut and Vanguard/Powertech. And their tacticals reflect this, as well as their DPS potential.

The next Tactical, Friend of the Force, boosts tanks, making Resilience/Force Shroud also applies to any ally the player is guarding. this tactical comes from Daily and Weekly Mission reward crates.

The next tactical is Jerra’s Persistence gives Shadow Stride/Phantom Stride 2 charges instead of just one and is a crafted tactical; this time through Armstech.

The Traumatizer tactical has Shadow Strike/Maul and Low Slash inflict trauma for 15 seconds, reducing all healing the target receives by 20%. Players can gain this tactical through PVP equipment crates. Two cloaks, also gained from PVP equipment crates, increase the charges of Force Cloak from 1 to 2.

From here, we enter into the Tank Disciplines, Kinetic Combat and Darkness. The first tactical,  Ancient Tome of Wrath, makes it so Slow Time/Wither generates Redirected Retribution/Wrath stacks for every enemy it hits, increasing Shield Absorption by 2% per stack for 5 seconds. This tactical is gained from defeating Flashpoint bosses.

Ward of the Continuum also boosts abilities affected by Kinetic Ward/Dark Ward, giving them 5 additional stacks and has Shadow Stride/Phantom Stride reset their cooldown. This tactical is gained from defeating Flashpoint bosses.

Moving away from the Tank disciplines, we head into the tacticals tied to the Infiltration and Deception disciplines. Blade of the Elements makes it so the critical hit chance of Vaulting Slash/Reaping Strike is increased by 50% per Clairvoyance/Voltage stack. Critically hitting with Clairvoyant Strike/Voltaic Slash reduces the cooldown of Vaulting Slash/Reaping Strike by 1.5 seconds. This tactical is gained from Flashpoint bosses.

The May Cause Injury tactical has activating Cleaving Cut/Severing Slash cause the next Force Breach/Surging Discharge to arc to multiple targets. This tactical is also gained from Flashpoint bosses.

The Awakened Flame has it that, when Psychokinetic Blast/Ball Lightning deals damage, it causes its target to take elemental damage over 6 seconds. This tactical is dropped from Operation bosses.

Players can continue to experiment with the tacticals and set bonuses as they determine what is best for their playstyle. The game continues to evolve as time goes on.