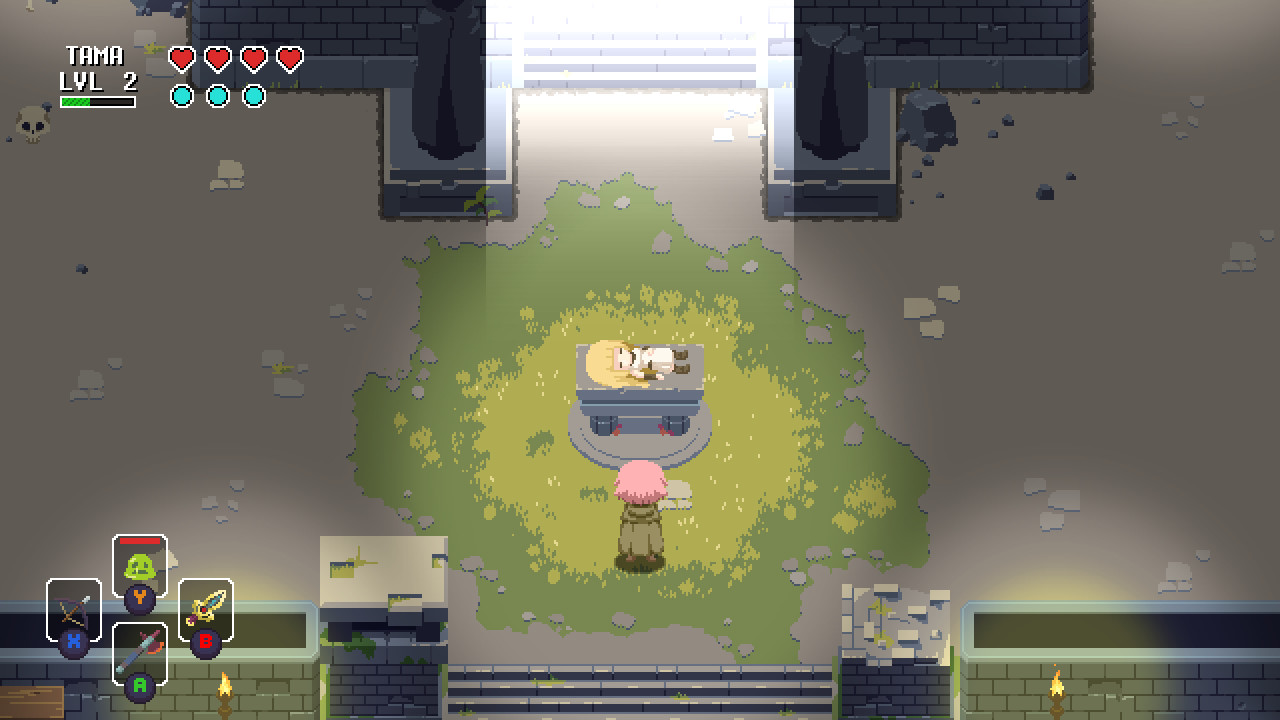 Sword of the Necromancer is an indie project that recently left Kickstarter. With over 200k in Euro, the game will fully begin development. Over 5,507 people backed this project, allowing it to add several stretch goals and an animated opening.

There is tons of love in the game community for this dungeon-crawler ARPG. The game builds upon simple concepts and provides an adventure that feels like a true quest. Grimorio of Games and JanduSoft are planning for a PC release in November of this year.

Play as Tama on a quest to save Koko using the powers of the forbidden Sword of the Necromancer. As you battle through the depths of the necromancer’s dungeon, you will convert foes into allies and gather enough soul power to bring Koko back from the dead. Sacrifice everything for the one your love.

In its core, Sword of the Necromancer is a dungeon-crawler action RPG mixed with rogue-like elements. Revive dead enemies and turn them into your minions as you battle deeper and deeper into the dungeon’s depths.

As you explore, you will find new weapons and relics that will make your mission easier. Each weapon is different as each one is built using a procedural weapon generation system.

Defeat your enemies in a fluid head-to-head combat system. As you progress, upgrade your stats and improve your summoned monsters. This game provides players a chance to customize their fighting style, and delve into the dungeon with a weapon of their choice.

Each time you die, you will lose your equipped weapons and monsters, but you can retain half your level. Choose to exit at any time to avoid losing your equipment, but lose all your level progress.

As you travel through the dungeon, you can learn the truth behind Tama and Koko. Not everything is as it seems, but that story can only be discovered through a journey into the dungeon’s lower levels.

Sword of the Necromancer does include local co-op play using the Flask of Homunculus. Play with a friend using the local co-op option and explore the dungeon together, doubling your chances of saving Koko from her fate.

Explore the game’s website and the Kickstarter page for more information. There is also an active Steam page for fans who want to wishlist this title for future purchases. The game will release for PC on Steam so, be sure to set that reminder if you want a copy of this unique ARPG.

SWORD OF THE NECROMANCER 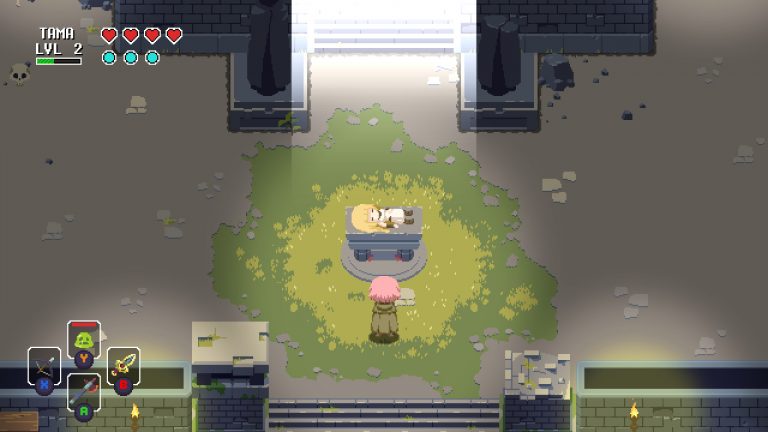 May 11, 2020 Joshua Goodpastor 6200
Sword of the Necromancer is an indie project that recently left Kickstarter. With over 200k in Euro, the game will fully begin development. Over...