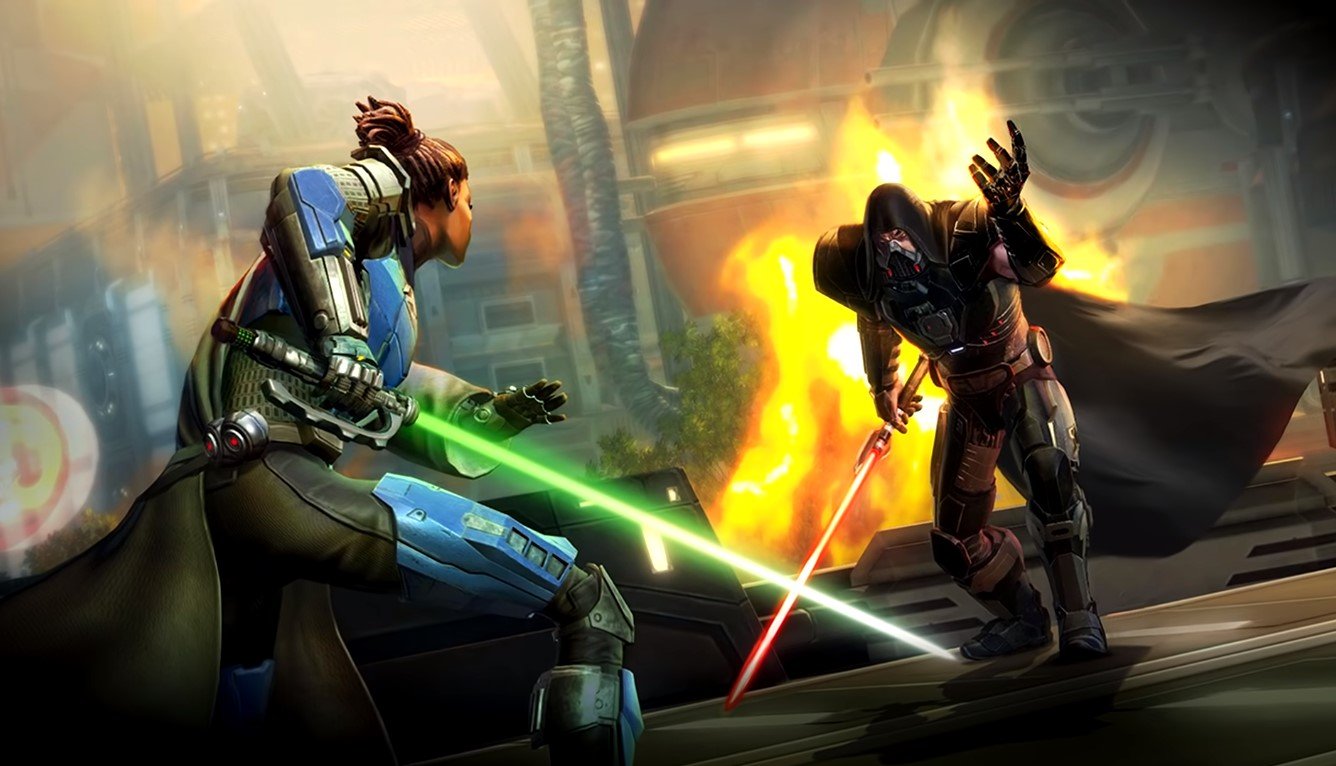 Star Wars the Old Republic is continuing its hype train for the upcoming Onslaught expansion by releasing its final week of Cartel Market sales. In addition to the existing sales, the Cartel Market has implemented a 30% sale on all Cartel Market armors, and a 50% discount on unlocking any item in your collections.

The Cartel Market has been a financially successful avenue for Bioware and EA after the game went free to play in November of 2012. Combined with the continued use of the subscription model, the Cartel Market has kept Star Wars the Old Republic going for the past 6 years, granting players unique armors, weapons, mounts, additional characters slots, species unlocks and stronghold decorations for them to use.

Week two introduced 40% off color crystals and 50% off appearance options. Color crystals are items you put in your weapons and change the color of either the lightsaber blade or blaster bolt when firing your blasters, granting a player a unique look for their weapon.

Week three introduced 50% off flairs, species unlocks, and legacy unlocks. Now, while the flares are a mild cosmetic thing that is attached to your nameplate in gameplay, it is the species unlocks and legacy unlocks that are a big deal. Since the game started, two species, the Cathar and Togruta have been introduced into the game, and the normal cartel market cost for each species individually is 600 coin apiece per server you play on. The legacy unlocks, however, are minor quality of life purchases that can also be purchased with credits.

Most of the week four sales are self-explanatory; 40% off stronghold decorations and character, legacy, guild, and flagship rename. Character, legacy guild and flagship renames are exactly as they sound; the ability to rename any of those. But it is the stronghold decoration sale that’s the most exciting; strongholds are player housing that can be used across all characters on a server and can be decorated any way the player wishes.

Week five granted 40% off dye modules and additional non-class companions, and 50% off mini-pets, a cosmetic item that can either follow a player around or be used as a decoration in the stronghold. However, the dye modules are the most noteworthy, as they allow a player to place dyes in armors, which allows them to change the primary and secondary colors of the armor. A player uses an appearance option that allows them to unify the color of all parts of their armor to the chest piece. But what marks this sale as significant is that a few dyes, like the black and black dye, cannot be crated, and must be bought off the cartel market.

Finally, we come to week six of the sale, the previously stated armor and collections discount. The armor discount is simple; a player can buy an armor set for 30% less than it would normally cost, but it is the collections discount that is most significant. When a player equips all the pieces of a Cartel Market armor set, they unlock it in collections, which allows them to pull out additional copies of the armor for that character. However, if you pay a small fee in cartel coins, players can purchase the ability to grant all characters on that server the opportunity to utilize that armor set.

Star Wars the Old Republic is doing what it can to keep players hyped for their newest expansion next week. Players are certainly excited for what is to come, and are watching their twitter, https://twitter.com/SWTOR, closely.