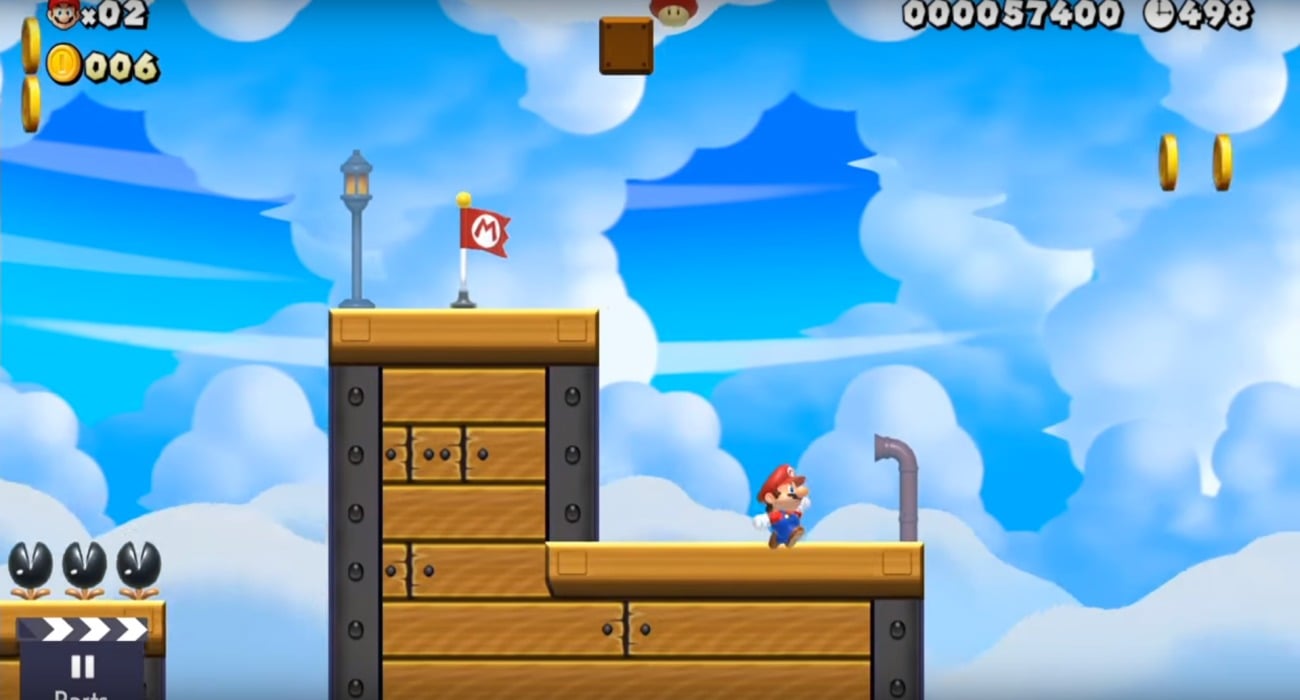 On Wednesday, a new record was set in video game history. Someone beat Super Mario Bros in 18 minutes and 59 seconds (18:59.856 to be exact) without “warping,” or glitching the game to skip ahead. They are the first person in history to beat the game that quickly.

That someone was the famous online speedrunner Kosmic. In only a total of four attempts, Kosmic was able to beat out three other records in the game to become the fastest gamer to ever beat the game without any glitching. Other players have only been able to beat the game with 19 minutes and change. This means Kosmic might be holding on to this title for quite a long time.

Speed-running history has been a large but not particularly well-known part of gaming history. Many speed-runs include exploiting glitches within the game to “warp” ahead to a point where the game can be quickly won. For example, the fastest Legend of Zelda: Ocarina of Time speed-run (with warps) is only 16 minutes and 58 seconds. In order to win Super Mario Bros. as fast as Kosmic did, it takes a lot of experience and memorization of the game world.

Super Mario Bros is basically the gold standard of speed-run games, most likely because it has been around for so long. In the world of speed-running, holding a Super Mario Bros. record is equivalent to being a gold-medal athlete. But with way, way, way less prestige.

The official time was eventually verified by Speedrun.com, which is the official website responsible for verifying runs of professional speedrunners. What is impressive about Kosmic’s run is that he was able to pull it off in just after four attempts.

But, that said, the speedrunning world is continuously changing. Kosmic will likely be trying to beat his own record too, which is entirely possible. Do not be surprised if someone comes around to knock down Kosmic’s new record by a second or two.

But Kosmic did say he hoped to move his record down to 18 minutes and 58 seconds or even 18 minutes and 57 seconds if he could. With the amount of dedication these people have, it would not be surprising if he was able to pull it off.

Kosmic’s new record comes in the wake of Nintendo’s release of Super Mario Maker 2 for the Nintendo Switch. Mario Maker 2 allows players to recreate levels like those from the original Super Mario Bros, specifically so nothing becomes so redundant to become easily memorized.

The Eternal Cylinder Gets An Official Announcement Trailer; Shows Off Cute Aliens And A Beautiful Universe

Aug 19, 2022 Michael Gunn 140
Battlespire, probably the weakest Elder Scrolls game, has been added to PC Game Pass as part of the QuakeCon released this week by the newly formed...