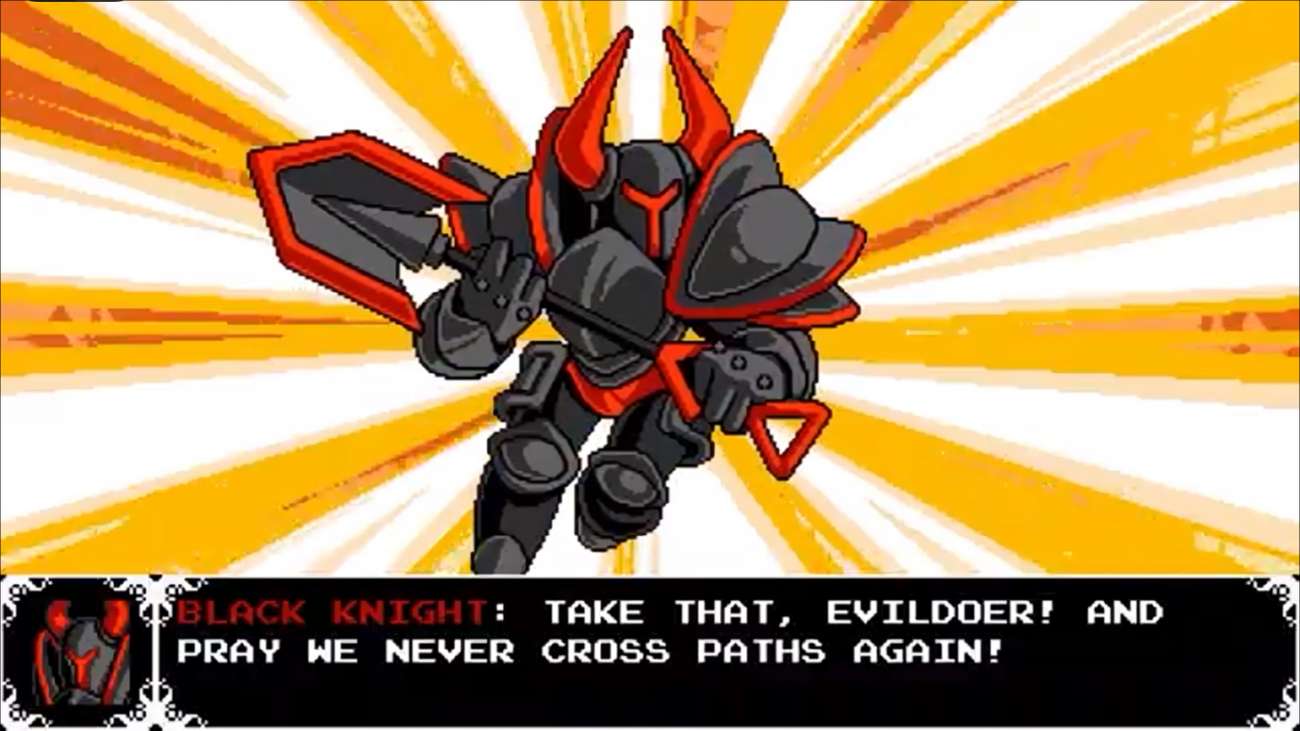 Yacht Club Games is certainly garnering a lot of attention as of late. They recently just unveiled two major titles that gamers have waited to get their hands on for a very long time. One of these games is Shovel Knight: Showdown, a type of platform fighting experience. It’s now available on the Steam platform, and judging by early reviews, people are enjoying the unique and addicting action.

You can battle against up to 4 players in intense multiplayer action. Every battle plays out a different way, which helps keep gameplay fresh and makes you want to return over and over. Before the multiplayer action, though, let’s first get into the campaign. It lets you select from 16 playable characters. What’s interesting to note is each one has a unique story that you’ll have the pleasure of experiencing firsthand. Yacht Club Games has done an amazing job at giving each character a distinct personality and backstory. You care what happens to them throughout their journey in the campaign.

Every character also has a different set of moves that you’ll get to master over time. As far as the story in the campaign, it revolves around good and evil squaring off to set events right after a magical catastrophe has created an atmosphere where never-ending battles occur. There are plenty of great story-telling elements in the campaign and plots that will keep you on the edge of your seat.

Now let’s get into the heart of this game: The multiplayer. As mentioned earlier, you can go head to head against local challengers. Or, you can join your friends to team up in some pretty noteworthy co-op experiences. The mixed bag of modes gives players a lot of content to look forward to.

Just as great as the bevvy of characters are the distinct stages. They really have a life of their own and do a fantastic job at expanding the Shovel Knight lore. The developers also went all out in the character department. There are so many to play as, and best of all, a lot of them are completely new. You’ll enjoy playing with them in battle and seeing where their strengths lie.

Shovel Knight: Showdown certainly is one of the better games in this space. Even if you’ve never played a game like this before, there’s a practice mode where you can sharpen your skills and battle tactics. This way, you don’t feel like a fish out of water.

According To Recent Figures, Resident Evil 2 (Remake) Has Sold Better Than The Original

Sep 29, 2022 Michael Gunn 100
It has been stated that when the sequel to Call of Duty: Warzone is released in around two months, entire levels will be removed. Due largely to its...

Sep 28, 2022 Tom Lee 150
In Valheim, players have access to a wide variety of timber structures but fewer stone ones. The combination of survival and building mechanisms in...

Sep 28, 2022 Tom Lee 220
Several possible Easter eggs in Grand Theft Auto 6 have been revealed in a new YouTube video that analyses the freshly leaked footage, including a...