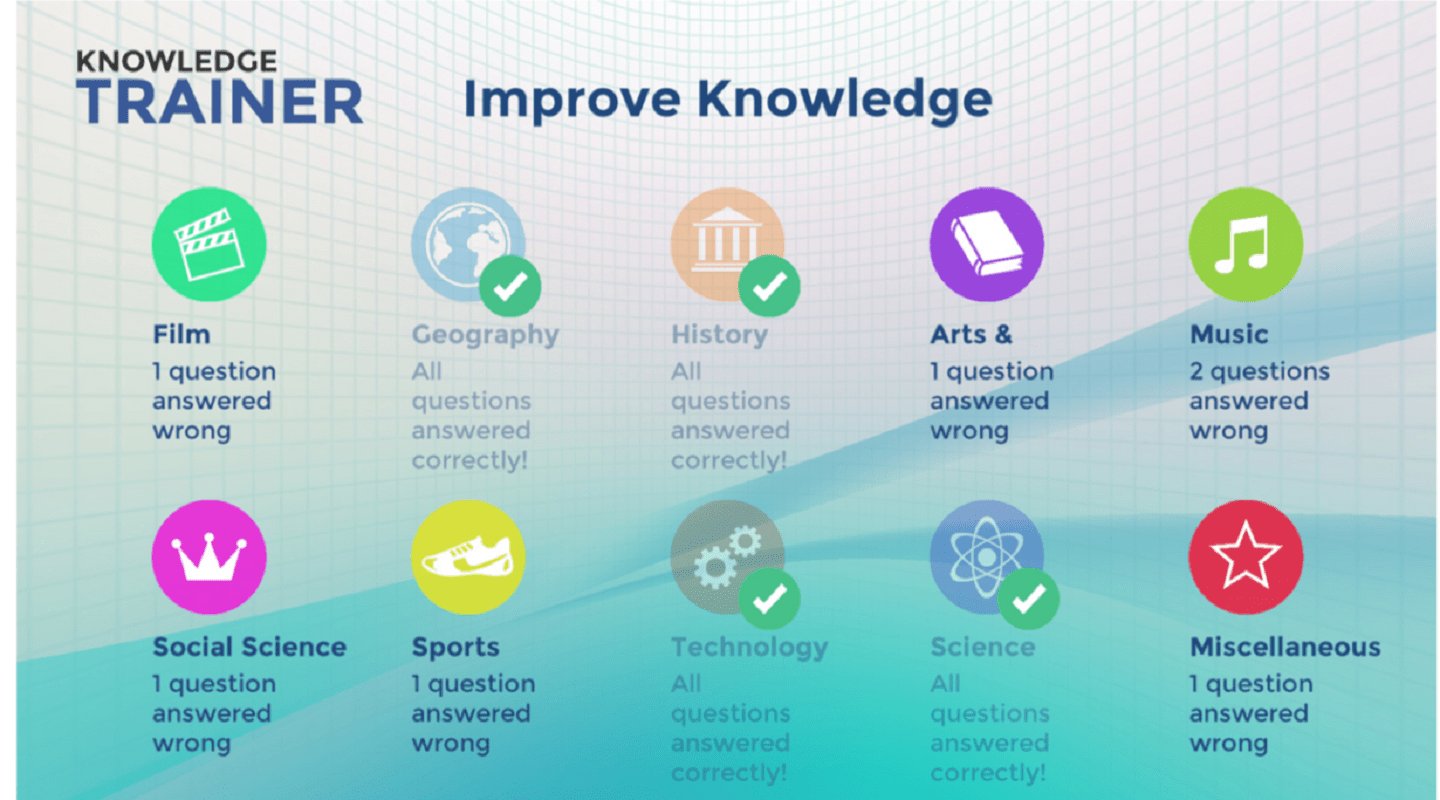 Prepare to be humbled in Knowledge Trainer: Trivia, a mobile game coming to Nintendo Switch this week.

This is the perfect game to remind us all that we do not know as much as we think we do. Remember, knowledge doesn’t equal intelligence! This game will sharpen a gamer’s mind and expand their knowledge.

The gameplay is quite simple. Gamers will play through a lesson with ten questions from ten different categories. If the player gets a question right, they will move up a level, and if they get one wrong, they will move down a level. These levels determine the difficulty of the questions, which ranges from 1 to 5.

Every round, the player’s Knowledge Quotient will be updated, which will let the player know how well they are doing.

If a gamer has seen “Who Wants to Be a Millionaire,” or even taken a test in school, then they will know the format of this game. There will be one question asked, and four multiple-choice answers.

Knowledge Trainer: Trivia has thousands of questions that a player can face off against, testing their knowledge on a variety of different categories. These include Film, Geography, History, Arts & Letters, Music, Social Science, Sports, Technology, Science, and Miscellaneous. For example, a question would look like this:

There are a few other features with the game, including a review function for each question answered incorrectly by the gamer. This will help the player to improve their general knowledge by finding out the correct answer to the problem.

Each of then ten categories will generate statistics for the player to look at and understand which ones they know well and which they don’t. They can then improve on a category, becoming a well-rounded intellectual.

There are different game modes, depending on where the gamer is from, American,
British, Australian, German, Swiss, Austrian, and French.

Another great feature of this knowledge enhancing game is multiplayer capabilities. Up to four can play, competing to find out who truly is the most knowledgeable friend.
Knowledge Trainer: Trivia originally came out for iOS and Android and is heading to Nintendo Switch on November 28. The publisher and developer “the binary family,” has added over a thousand questions to the game, bringing the total to 6000 plus.

If gamers are interested in buying the game, it’s selling for $14.99, and they can buy it right through Nintendo’s eShop! 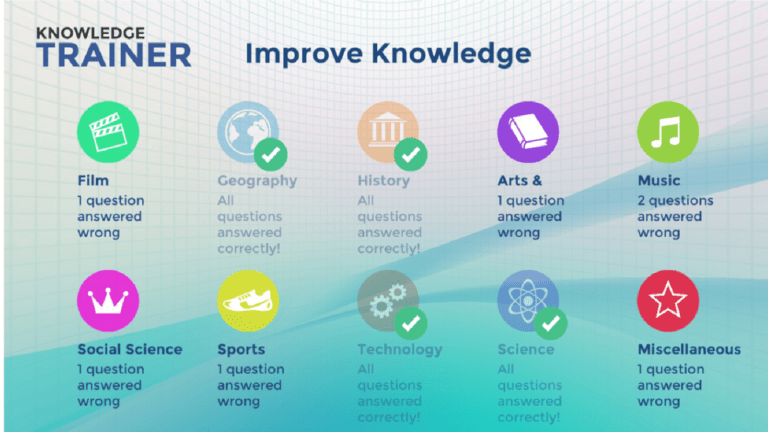 Nov 26, 2019 Stephen McCaugherty 12930
Prepare to be humbled in Knowledge Trainer: Trivia, a mobile game coming to Nintendo Switch this week. This is the perfect game to remind us all...