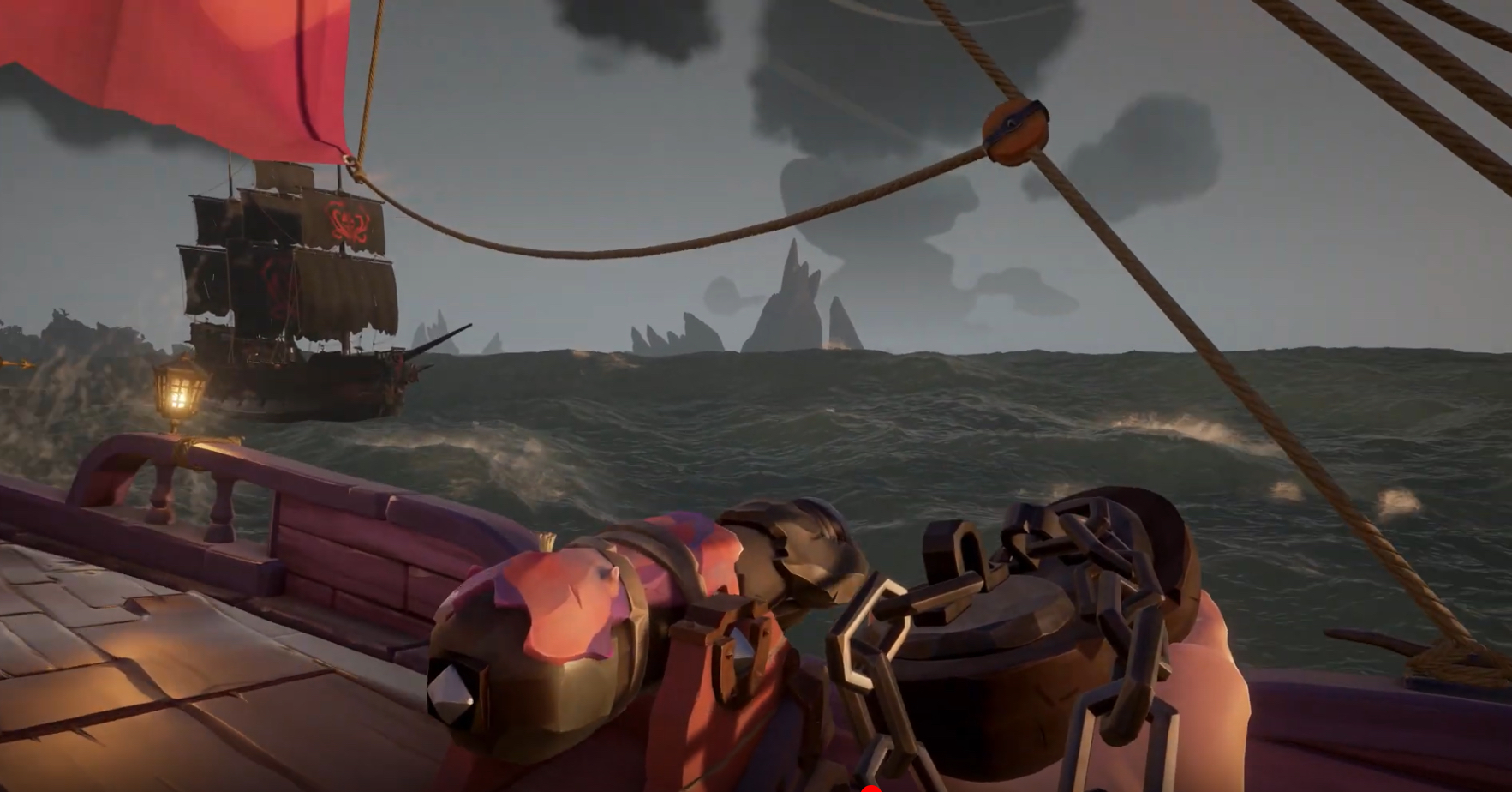 If there’s one pirate game you have to play, Sea of Thieves is near the top of the list. It gives you the opportunity to sail the seven seas like a real-life pirate, either solo or with a group of friends. A huge reason why this action-adventure game by Rare still does well is because of its regular updates.

Just when you think you’ve sailed every inch of water or gone on every quest you could possibly imagine, the developer puts out another update that keeps the content gravy train rolling along. A new one is rolling out March 11, and according to develop notes, an amazing addition is coming in the weapons department.

More specifically, a new type of cannonball is being introduced by Rare. It’s no ordinary cannonball, either. Instead of just a circular steel ball, it features two halves connected by a chain. The bizarre design instantly looks intriguing to use when you’re waging war with other ships across the vibrant blue waters.

And thanks to a new trailer, fans don’t have to wonder how these new cannonballs will perform. Titled Chainshot, this new weapon is a projectile type of cannonball that can deal full damage to major parts of a ship, including the wheel, mast, and even siding. Needless to say, it looks like a particularly devastating weapon that should change how combat plays between rival ships.

There is one noticeable difference between the Chainshot and the regular cannonballs that were available at launch. The Chainshot won’t have as great of range. Rare didn’t want this new weapon being exploited by players so in order to make effective use out of it, they’ll have to go up close. There is a big risk, but the reward is certainly worth it.

Right out of the gate, the Chainshot should force players closer together for some up close and personal battles. Going back to the trailer, we see the destruction it causes for ships on the receiving end. It’s pretty noticeable flying through the air, and Rare wanted that instant recognition for players as it creates a little added drama. When you see these cannonballs coming your ship’s way, you know your defenses need to be sharp or else it will be the end of the line for you and your pirate mates.

Sea of Thieves just seems to be getting better and better. Who knows what Rare will introduce next?

Jul 6, 2022 Stephen West 260
Talking about a tower with a puzzle in the northeast of Giant's Peaks. You can only get inside after solving the riddle, and the reward will be the...