Rose City Games has recently released the official announcement trailer for its upcoming game Floppy Knights. Those Awesome Guys are publishing the game.

The developer, Rose City Games, is an indie game creator who previously created Garden Story, Cat Lady, and more. They were also participants in the Cartoon Network Game Jam and Intel Innovators Program.

“What do you get when you bring a microprocessor to a knight-fight? A deck-building, sword-swinging, tactical adventure! Meet the Floppy Knights: tangible projections summoned from floppy disks. They’ll help Phoebe and Carlton earn cash and perhaps even save the world in the process.” states the official YouTube description.

Floppy Knights is a turn-based strategy game where players have to craft decks to win battles. Cards include basic movements, along with different types of attacks. If a player receives a card they can’t use, they can either Discard it or end their turn.

While some card games may be too complex for beginner players, Floppy Knights created an easy-to-pick-up game that uses the “best elements from deck-building and tactics game” and makes them simple for anyone to pick up. While the game is easy to learn, Floppy Knights makes the gameplay interesting enough that players of all skill levels want to continue playing.

The colorful world of Floppy Knights is displayed in the trailer. The game uses bright and vibrant colors with a diverse assortment of Floppy Knights to use in battle. The art was hand-drawn by Marlowe Dobbe, who previously worked on Dicey Dungeons.

Phoebe is working hard to save enough money to move out of her parents’ home and into the world, where “cassette tapes and alchemy co-exist.” She’s not alone in her quest to save money and defeat enemies. Her bionic arm helps her to take old floppy discs and transform them into “Floppy Knights.”

With these Floppy Knights, Phoebe is taking on odd-jobs to save up cash, but the world is becoming more dangerous than she anticipated. Phoebe’s quest to save up money is becoming an attempt to save the world from goblins, succulents, and other dangers.

Unfortunately, there’s no set release date for Floppy Knights yet. Players can add the game to their Wishlist on Steam to be notified when the game is scheduled to be released. 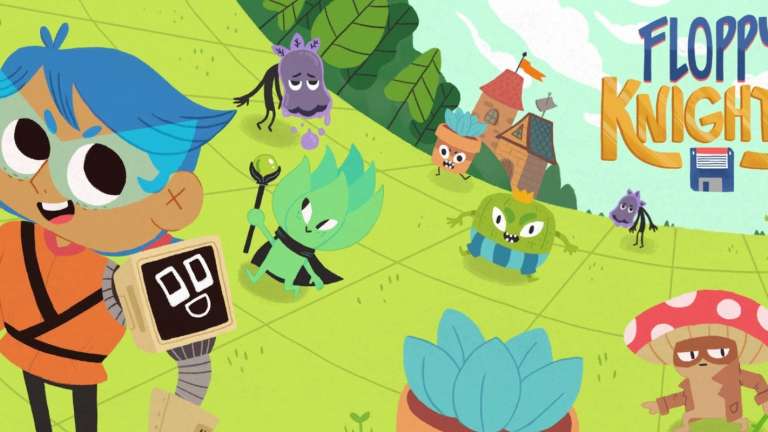