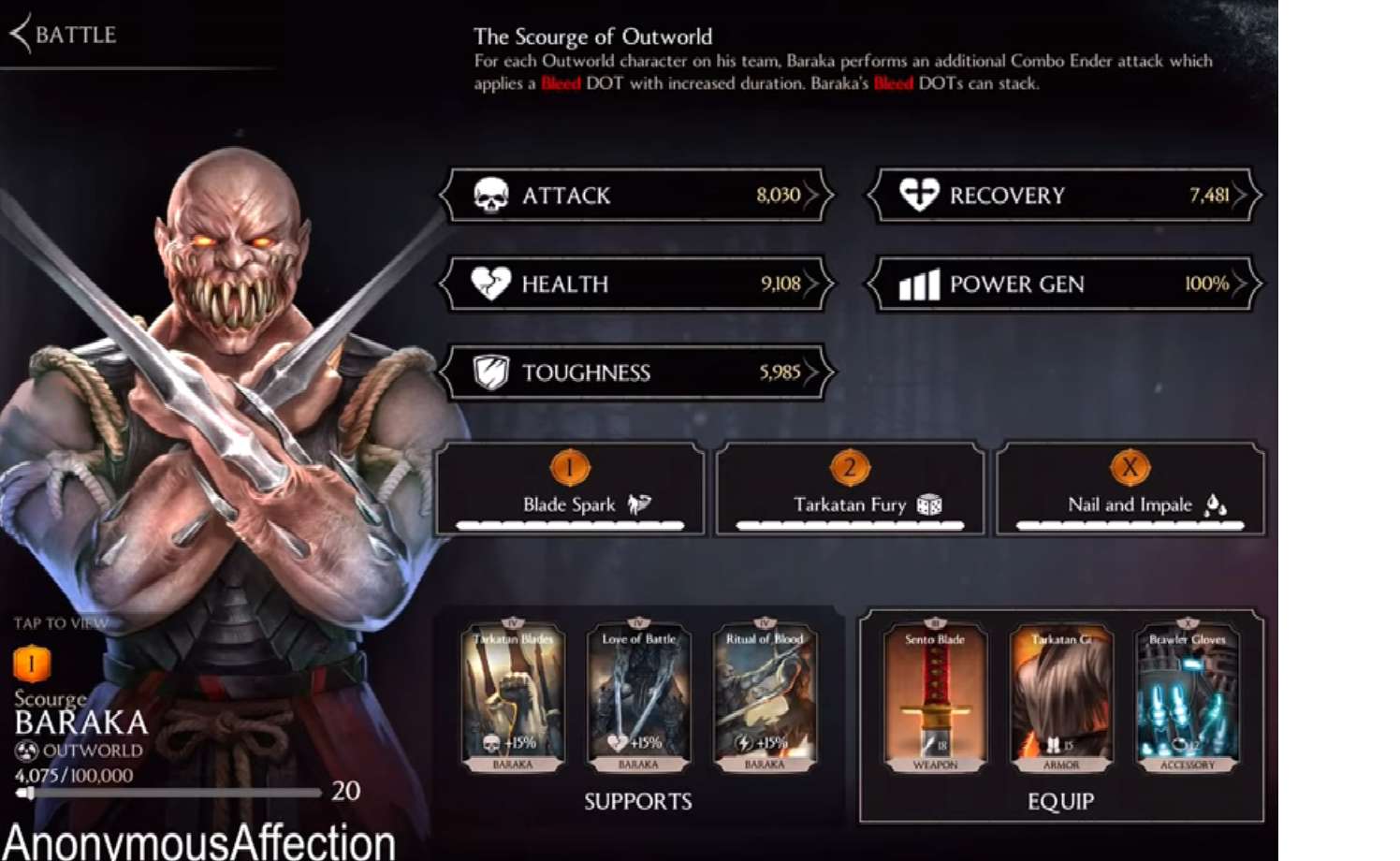 For a character that never wins fights inside the canon of Mortal Kombat, Baraka most definitely has his fans among both the players and the developers. And from January 2, 2020, to January 9, 2020, Mortal Kombat Mobile brought in Scourge Baraka for a weekly tower.

Baraka was introduced in 1993’s Mortal Kombat 2. As all fighters were back then, Baraka was a digitized actor characterized by two things; the modified Nosferatu mask and the blades that extended from his arms. These things marked him as a character from Outworld, the place where Shao Kahn reigns supreme.

In the universe of Mortal Kombat, Baraka is a member of the Tarkatan race, a nomadic, warrior people with cannibalistic tendencies. Originally conceived as a crossbreed between a humanoid race of Outworld and demons from the Netherealm, Mortal Kombat X retconned this. In the current Netherrealm timeline, the Tarkatans’ original realm was conquered by Shao Kahn.

Since Baraka was a playable character in Mortal Kombat X, he has no specific special move set or X-ray, so Scourge Baraka had to come up with moves and combos that didn’t exist in the game Mobile is based on.  Baraka’s tier-one ability, Blade Spark, is the standard projectile that he’s used since Mortal Kombat 2. His tier-two, Tarkatan Fury, is the ability where he swipes up and down with his blades in front of him, a very powerful ability from Mortal Kombat 2 since it could hit opponents in the air. And finally, his X-ray, Nail-and-Impale, is based on his Mortal Kombat 9 X-ray.

However, don’t think you’ll be able to run through Baraka’s towers easily. Unlike most, his towers require some planning. His tier-one tower is the basic “only bronze characters”, but it’s the rest of them that are interesting. Tier two are silver and bronze, as normal, but have the restricting that you can’t use martial arts characters.  Tier-three, however, is only silver martial artists. Tier-four is Gold Outworlders only, and Tier-five is Gold or Diamond tier characters, with a requirement that Liu Kang must be on the team.

This last tier is the most difficult, as Liu Kang is an extremely rare drop from card packs.  Players’ best option is to wait for Liu Kang to appear as a direct buy from the character store.

However, even if a player doesn’t have Lui Kang, they can still complete four of the towers to get their weekly rewards. And if a player is lucky, they can get Lui Kang and Baraka at the end of this event through some luck and skill.

The Elder Scrolls V: Skyrim "Shirley" Mod Based On The Skyrim Grandma Available Soon On PC