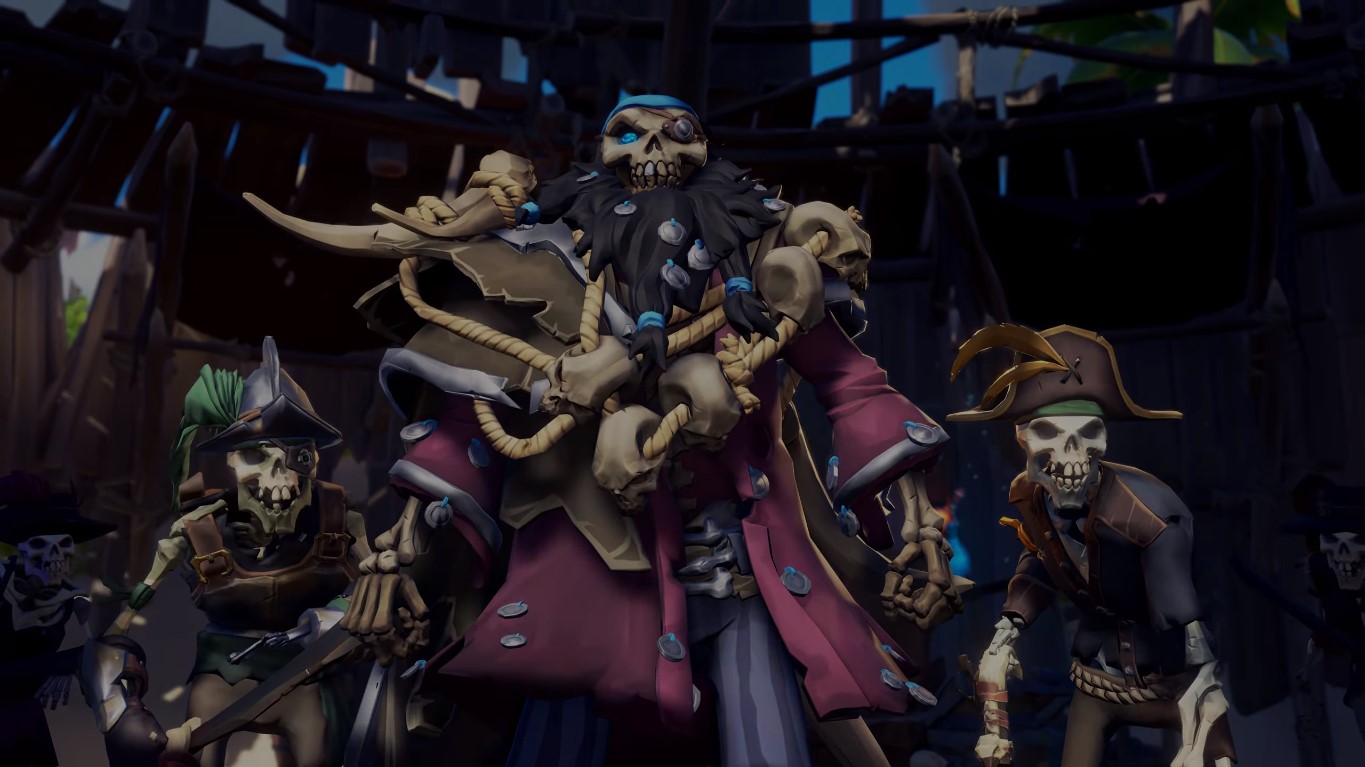 One more week and fans will finally meet face to face with the Shores of Gold.

The fun-packed anniversary update of Sea of Thieves will deliver a huge mix of seawater-tasting sea dogs, harpooning, and more. On top of these, they will also include fishing and a newly added PvP Arena mode.

Then again, amidst all these additions, the most captivating is the addition of novel quests which are all story-driven. All of these added tell tales aim to send the ship’s crew to risky treasure hunts.

In these hunts, they’ll meet with new ferocious enemies and solve some devious puzzles. Shores of Gold’s official trailer is very telling of what players can expect in the full game.

This piratical romp from Rare has now become a fun and exciting co-op game. Then again, the label’s anniversary update seems to beat all these attempts to leap forward. Those who have tried playing the game said that the developers succeeded in making it achieve its full potential.

This sounds like really good news for the team who worked tirelessly to bring Shores of Gold altogether. Playtesters said that it will take almost 15 hours for players to complete the entire game.

Heads up, fans and players should expect boss encounters, traps, and puzzles all throughout the game. All these will make the booty quest of the players and their pals more exciting and interesting.

And the surprise doesn’t end there. There’s magic in the game, too! Players can use magical items like lanterns and spyglasses to answer the mysteries lurking around Shores of Gold.

Currently, the game already claimed countless hours with sea monster surprise attacks, bounties, and treasure hunts. Despite these, true blue aficionados can’t wait to get their hands on some cohesive game adventure. For them, the voyages of mercenaries which sent pirates on quests are great but not linked to the game’s objectives.

Last week, when the playtest version of the game was released, playtesters were found harpooning on mountainside rocks.

The results of this, according to the game’s senior designer Shelley Preston, were totally unintended. She explained that players winched their ships upon the rocks, making them off-balance. This happened because they didn’t get the physics and weight stuff correctly.

Though this event made headlines, it didn’t change the fact that many fans were totally happy with the playtest. As a matter of fact, they can’t wait until the Arena and Shores of Gold finally start sailing next week!

Mortal Kombat 11 Is Receiving Some Heat For Its Cosmetics Grind; Developer Says Improvements Are On The Way