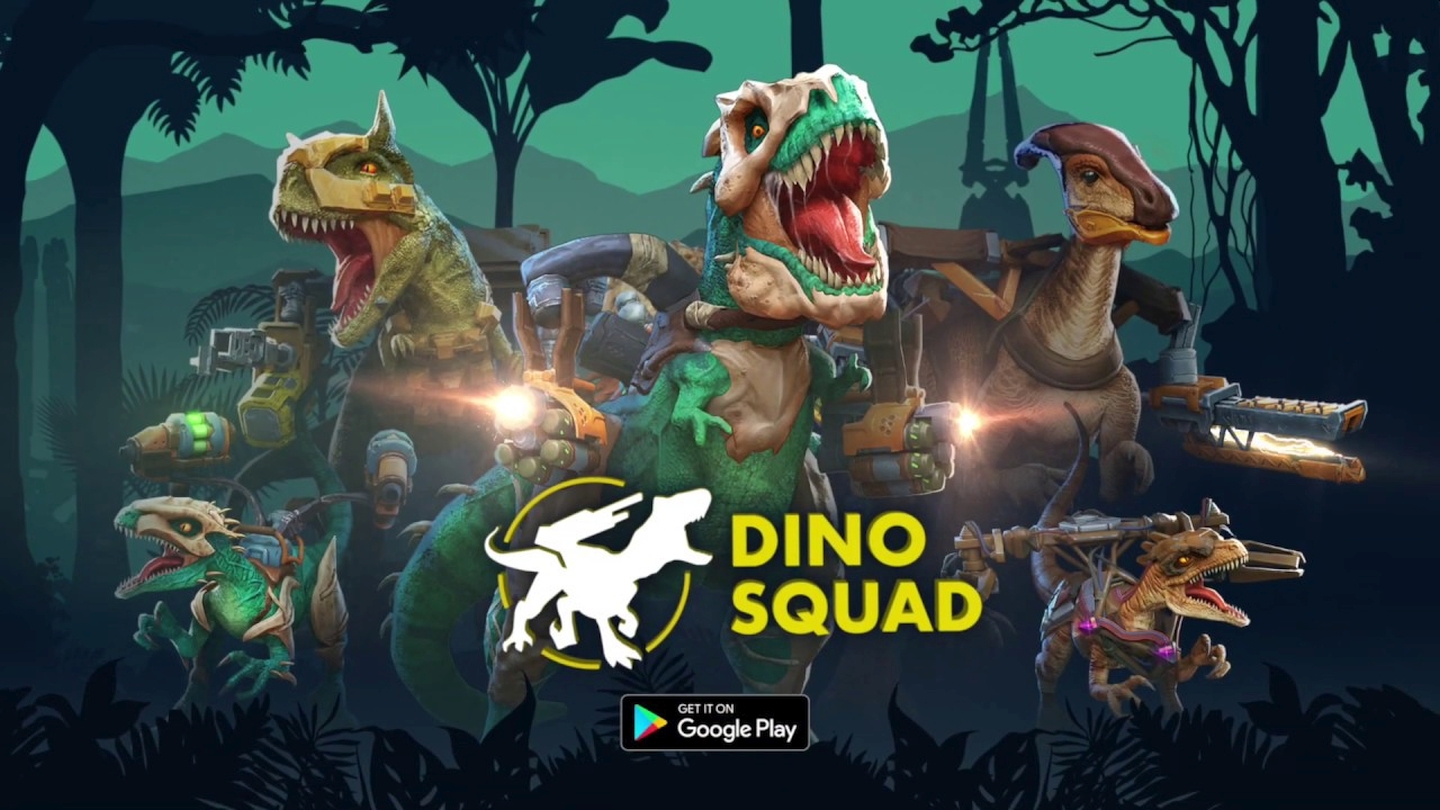 Pixonic has announced the upcoming release of its PVP Shooter Dino Squad: Online Action on mobile. The announcement includes a new trailer, and an official reveal from the developer.

The pre-order pages for the game are available on both iOS and Android.

“Good news, everyone: we have just canceled the Fifth Extinction! Dinosaurs are real — and they are back in action.” states the App Store game summary, “Dino Squad is a hectic multiplayer PvP shooter with unmatched sense of scale and gameplay variety. Play however you want and prove that you are the cleverest Dino handler around!”

Dino Squad: Online Action is a multiplayer PVP shooter. Dinosaurs all wear different weapons on their backs and have unique skills. There are 17 dinosaurs to choose from. Their skills include bites, lashing out, and using their tails to swipe. Velociraptors can sneak and hide under taller dinosaurs, while the T-Red is a giant brute.

All of the dinosaurs are customizable with skill progression. Dinosaurs can wear different weapons and armor to make unique warriors.

There are six different levels to fight. The levels range from tall grassy fields to hot lava flowing from volcanos.

Dino Squad: Online Action is free-to-play but has some in-app purchases. Players can pre-order or add the games to their wishlist now. Before pre-registering, players should ensure they are logged into their iOS or Android account. After the game is available, which may be before the launch date, players will receive a notification to download the game.

Pixonic previously developed War Robots, which was released in 2014. The developer stated on Reddit that Dino Squad would not deter the development of the other title. They plan to keep working on War Robots as long as there is interest.

Dino Squad: Online Action is now available for beta testing on Android and iOS via the TestFlight app. The game is planned for release later this year but players can pre-register on iOS and Android now.