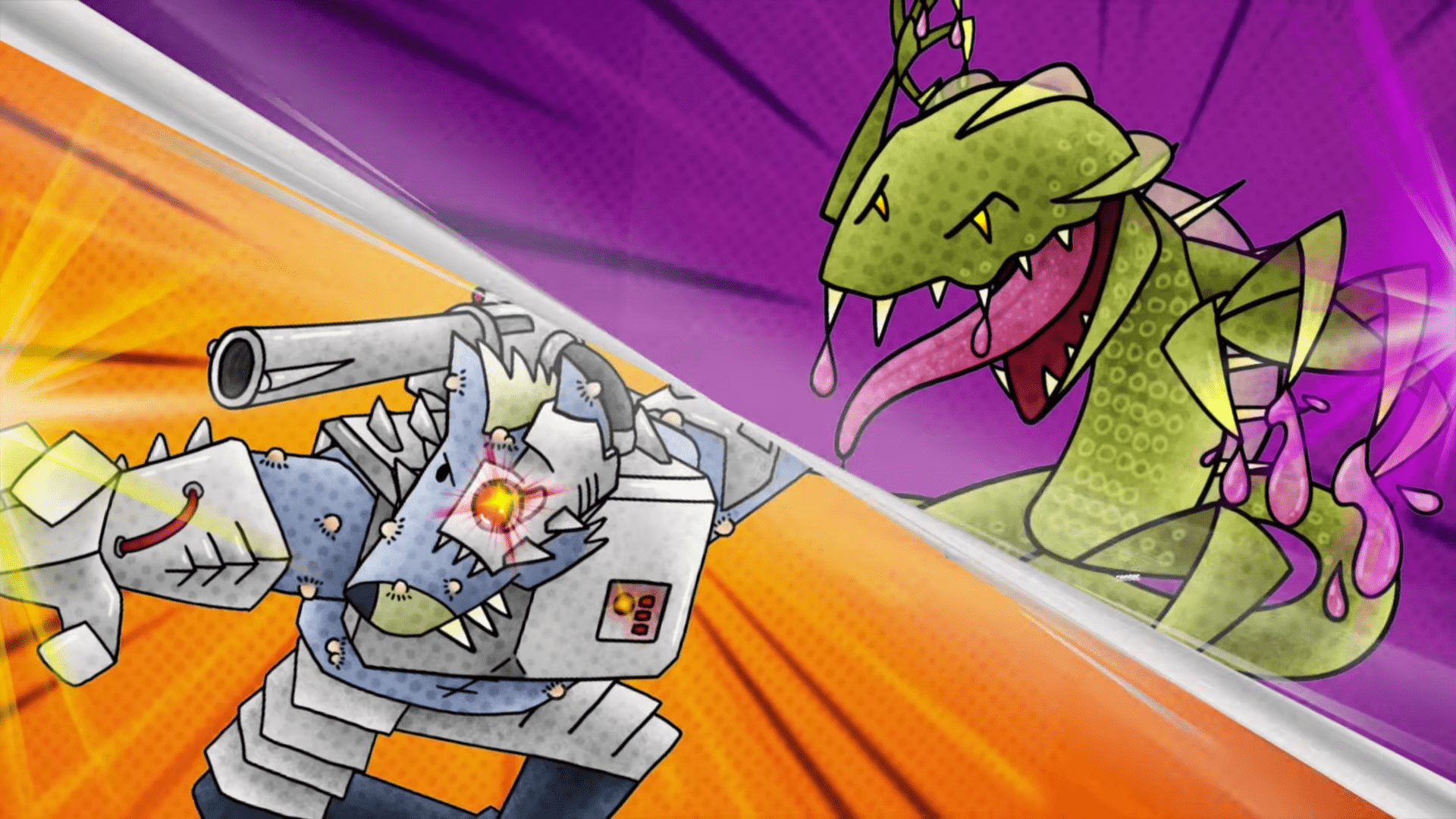 Card-based games used to be played in the schoolyard during recess. There was a fun element of collecting the rare versions of the cards on top of the game itself, and to be honest, it was really all a giant cash-grab by corporations. You would have to buy a new pack just to get access to random cards. But digital card-games help fix that problem. (At least when they’re a one-time purchase game, anyway.)

Cardpocalypse is that sort of game. It’s designed to be totally one-player, and that’s a lot of fun. Developed by Gambrinous, the game follows a 10-year old kid through the same scenario most of us are familiar with from our youth: Through the school-yard, collecting cards, and battling other kids at recess. In some ways, it’s sort of a meta-thing on the whole card-based gaming experience.

In the game, players follow Jess and her friends, who have all become obsessed with the card game Mega Mutant Power Pets. Unfortunately, the teachers and the principal have joined forces to ban the game from the premises. So the kids will have to sneak around to play their favorite card game.

But before long, something wild happens that changes everything.

The monsters end up coming alive and jumping into the real world. Then there’s only one way to stop them: More cards! Jess and the rest of the kids have to join forces, combine decks, and utilize their card-playing skills to beat back the Mega Mutant Power Pets that have gone rogue.

In an interview with Shacknews, the developers at Gambrinous have said the inspiration for the game came from several different card games from the 1990s. The special mention, of course, was Magic: The Gathering, which is probably the most ubiquitous and persistent card game. In order to produce the game, the developers were playing these games for research. They really wanted to produce a game that felt like a card game in the palm of your hand.

But there’s a funny side to the game too. The story is absolutely adorable, and in general, Cardpocalypse is the sort of game you play to get a few laughs in and really enjoy yourself.

Cardpocalypse is currently available for purchase for Android/iOS, PlayStation 4, Xbox One, Nintendo Switch, and Windows PC/Mac. The price on the Nintendo Switch store is currently discounted from $24.99 to $19.99, so if you’re a fan of card-based games. Be sure to check this one out.

Jul 10, 2022 Justin Geller 1530
There square measure some early fourth of July deals to assist you to begin D&D for fewer, and they will tide you over till the consequent season...

Jul 4, 2022 Tom Lee 2330
MMORPG.com: With the Dragon Hunt system, it senses like you're putting up players so they can easily fight the dragons attacking Faerûn. How do you...