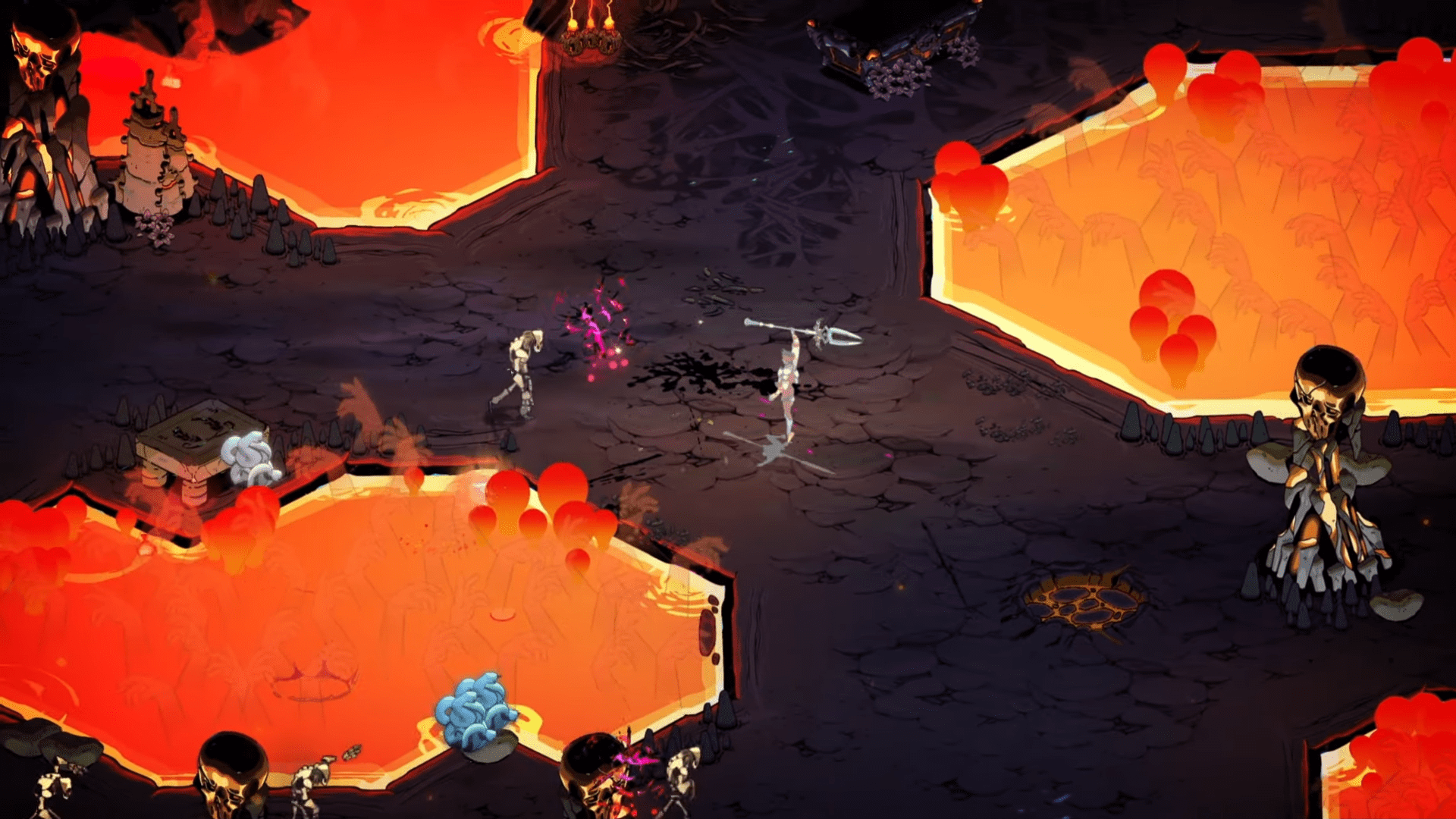 Safe Load is a game development theory that is typically built into games as a default.  The idea is that when a player must load a new scene, there should be no enemies that immediately challenge the player causing damage.  The purpose of this to make space for the players’ personal sense of agency during load times; if the game is loading, players may go check on their kid, check their Twitter account, hit the latrine, or alt-tab out of the game while waiting

Safe load accounts for these possibilities, and it’s commonly seen in modern games, if not openly discussed.  Skyrim has a safe load for obvious reasons; you start adding mods, and some load screens could take minutes.

Our god-like rogue-like dungeon crawler, #HADES, is OUT NOW on Steam Early Access!! 💀😱🔥 Pick it up and help us make what might just be our best game yet:https://t.co/TDSkz48rCN

Act now and get 20% off — plus a FREE, giftable copy of our acclaimed party-based RPG, Pyre!! pic.twitter.com/S4BafeURhh

The player is assumed to do something in the meantime other than maintaining eye-contact with the loading progress bar.  Diablo 3, Tangledeep, Path of Exile, and even Bloodstained: Ritual of the Night all have the safe load concept well-developed and implemented in their titles.  And they’re just a very small selection that I can think of at the moment.

To be fair, the majority of Hades apparently does have a form of safe load; occasionally, however, an enemy pushes too far from their spawn and contests the player immediately load.

Despite this, and the occasional grumbling to be found in regards to, Hades has enjoyed tremendous success on Steam based on Steam reviews.  The title originally came to the Epic Game Store last year, and as such has struggled to openly talk to their consumers and receive feedback on their game beyond standard social media interaction.

The rogue-like isometric action-RPG features a large cast of characters from Ancient Greece mythology, with Zeus, Medusa, Achilles, Aphrodite, and everyone in between.  You play as Zagreus, Prince of the Underworld, serving directly under Hades rule.  All is not as it seems, however, and your adventure unfolds rapidly as the hours’ tick by.

While Hades is still in early access, it’s already an absolute blast to play, with tons of content to be readily explored by those who opt to back it early.  Additionally, from now until January 2nd, anyone who picks up the game also receives a free copy of another critically acclaimed game from Supergiant, Pyre.

Hades can only get better with age, and small pockets of discontent are sure to form as development continues.  The game even states at opening that the game is very much in progress, so players should maintain that in their perspective as they push through the Underworld, ever closer to Mount Olympus.