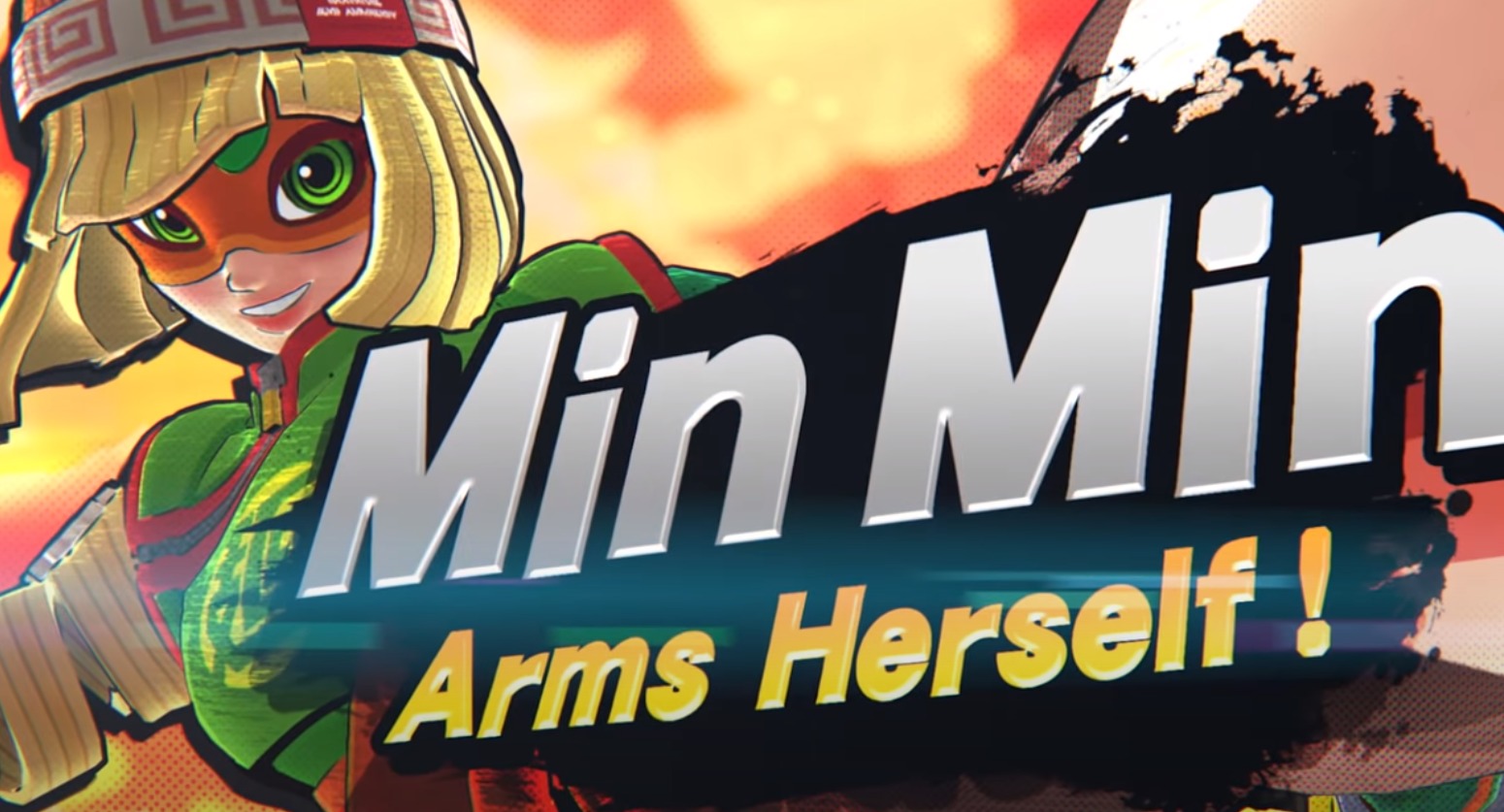 The Super Smash Bros. Ultimate Fighters Pass Volume 2 has launched with Min Min from ARMS as the first character in this final DLC pack.

The announcement was made by Nintendo’s Masahiro Sakurai last week, when he provided an in depth look at Min Min’s capabilities.

Sakurai recorded the announcement on May 2 from his home in Japan. It was released on June 22.

“The Super Smash Bros. team is currently working from home,” he said. “I’m overseeing production from home as well.”

Sakurai then revealed Min Min as the first fighter for Fighters Pass Volume 2.

Min Min is from ARMS, an action fighting game that was released for the Switch shortly after it first launched. It’s a slow-paced arena fighter that not a lot of people really know about. Characters use long range attacks with extendable arms to hit opponents.

This choice surprised a number of the game’s fans, as most were expecting a major character to kick off the final DLC pack for the number one selling fighting game of all time.

This is becoming something of a trend, wherein the gaming community anticipates a huge fighter announcement and Nintendo responds with a little known character from a game that lacks in awareness and popularity.

We saw this happen with the final fighter from the first Fighters Pass. Everyone from Ryu Hayabusa from Ninja Gaiden to Dante from Devil May Cry and Sora from Kingdom Hearts were rumored. Even Nintendo specific characters like Waluigi were being tossed around forums the world over.

But when the announcement came, it was Byleth, another Fire Emblem character to add to an ever increasing roster that is packed with characters from this Nintendo franchise.

Now, once more, rumors of some of the biggest names throughout the gaming world were flying about, and Nintendo responded with an unknown character from an obscure Switch title.

Min Min comes with her own stage, the Spring Stadium, along with 18 music tracks originally from ARMS. Min Min is a long range fighter who uses extendable arms to attack from far away. Her down special maneuver allows her to swap between three different kinds of arms.

Of course, Min Min will not be the final fighter added to the expanding Smash Bros. roster. She is one of six DLC fighters to be released as part of the Fighters Pass, which costs $30 all together. Players also have the option of purchasing the Min Min character pack individually for $6.

Min Min is currently available and can be added to your Smash Bros. roster immediately.