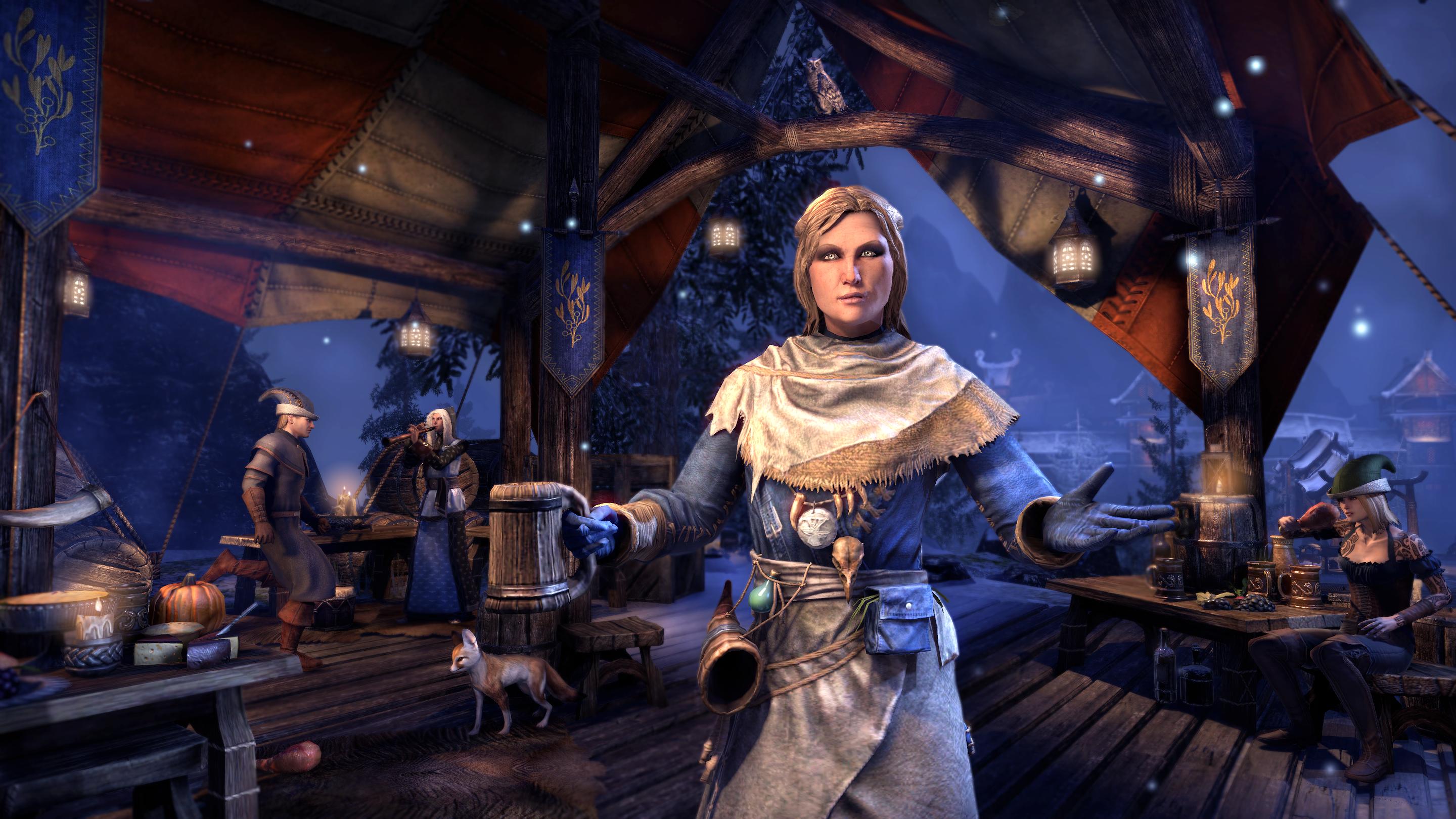 The holiday season is half over, but The Elder Scrolls Online continues to celebrate the New Life event.

The New Life Festival is currently ongoing until Thursday, January 2, 2020.

Start the New Life Festival by accepting the free quest within the in-game Crown Store. Breda is located in an outdoor camp within Eastmarch. Breda is worth finding and completing her simple side quests. She wields a bottomless mead mug that will give a two-hour boost of double XP. This is a great opportunity for those new to the game or players with new characters to level up. The Double XP boost is stackable with other bonuses, like the Experience Scrolls.

ESO has one more bonus: “Get into the holiday spirit and gift Event Tickets to your friends and guildmates, and we’ll give you four Frost Atronach Crown Crates, completely free!”

The bonus event lasts until the end of the New Life Festival.

To celebrate, players must gift five Event Tickets to anyone in the game. The five tickets can either be given to one person or multiple people.

Once the event is over, ESO will hand out four Frost Atronach Crown Crates. Unfortunately, players may have to wait until the end of January to receive their Crown Crates.

Many of the rewards include useful consumables like potions or XP scrolls, but the contents of the crates are random.

The Crown Crate celebration is only one way that the ESO team is trying to make players happy. They recently published their end-of-the-year review plus their performance improvement plan for 2020 and beyond. Hopefully, the game will be stable enough to re-launched the annual Undaunted Event early in the year.

For those who miss out on the Crown Crate event, they can currently purchase them within the in-game store or wait until the end of next year.

The Elder Scrolls Online is out now for PC, PlayStation 4, and Xbox One.