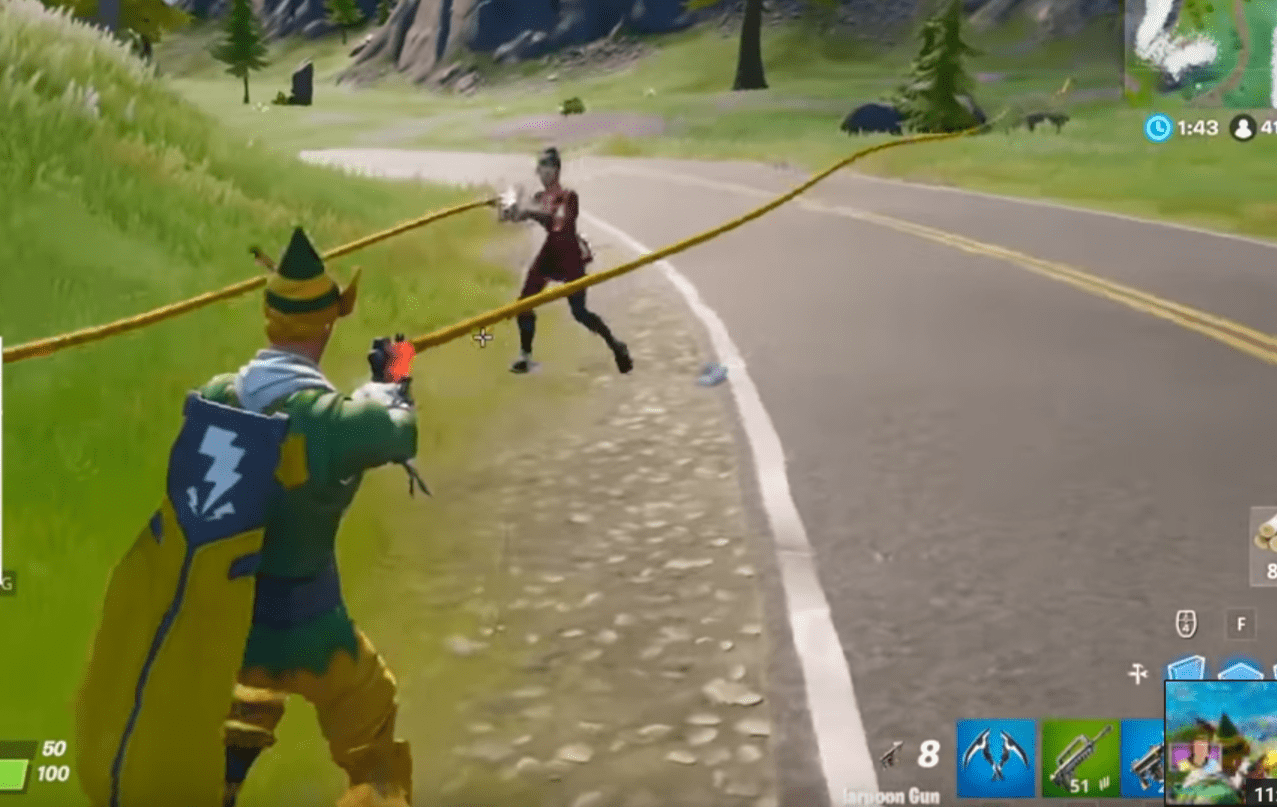 Many gamers knew the Harpoon Gun was on its way as data miners were able to leak the gun’s arrival last week. This weapon is the most notable addition to Fortnite, and players can find it via ground loot, supply drops, and chests.

Players can use the Harpoon Gun to latch onto their enemies and pull them toward the player, as well as doing 75 damage. The gun is powerful enough to blast through wooden constructions as it does 150 damage to structures. The reload time of the Harpoon Gun is 1.4 seconds.

This introduces the Harpoon Gun, it does 75 Damage to players and has 10 Shots, acts similar to a Grappler but doesn’t actually include mobility.

Gameplay is tagged below

Changes to the Weapon Upgrade Bench

The spawn rate of weapon benches has increased from 75% to 100%. There are fourteen weapon benches located throughout the Fortnite map, including at the Dirty Docks and Misty Meadows. However, only 75% of them would spawn at a given time. With this increased spawn rate, players can guarantee there will be an upgrade bench in one of these fourteen locations.

The cost to upgrade the player’s weapon is still the same. Players need to collect wood, brick, and metal resources to upgrade their gun, and then head to one of the weapon upgrade benches.

Halloween Fortnitemare event is now over

It was scary and fun while it lasted, but the Fortnitemare event is now ever and the Storm King is heading back to Canny Valley, and items that were available during the event are gone as well.

Halloween themed decorations have been taken off the map as well as the sinister fiends that were terrorizing players. Also, the rocket launcher will no longer be shooting pumpkins; players will have to settle for an actual rocket.

Fortnite Developer, Epic Games, has stopped giving out patch notes for the content updates that are released.They also didn’t announce that this update was coming either. Epic Games has remained mostly silent about the updates, so it seems like it will be up to the players to figure out what has changed whenever there is an update moving forward.

Custom Maps For The Dark Souls Game Finally Work, And It Starts At Half-Life Levels