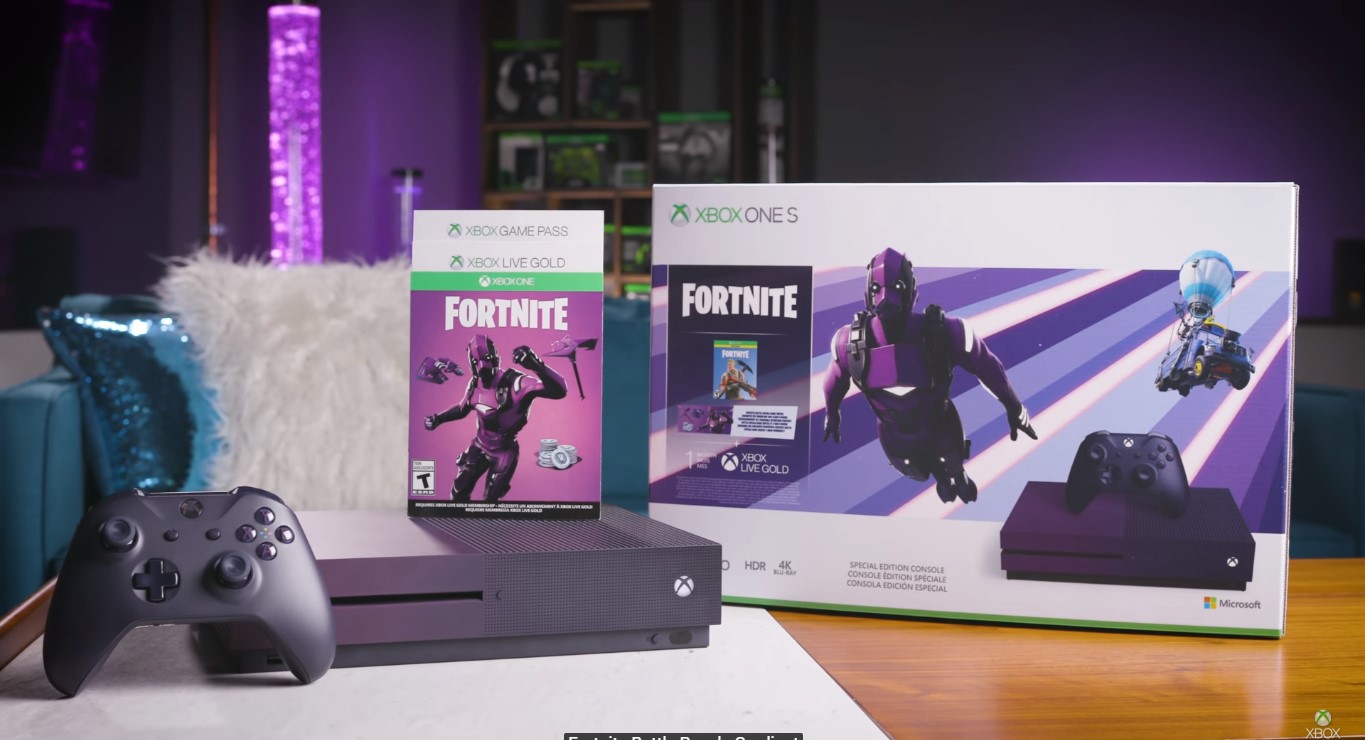 Microsoft releases a special edition controller for the Xbox One, which pays homage to Fortnite.

Fortnite is one of the most successful shooter games in history. It took the gaming world by storm after it was released in July of 2017. According to Epic Games, more than 250 million have already registered an account for the game as of March 2019.

In fact, between June of last year and March this year, 125 million new accounts were created for the game. That brings Fortnite right up there with Minecraft and Grand Theft Auto in the sheer size of the community.

Gamers love the competitiveness, flexibility, as well as the unintended humor. Of course, it doesn’t hurt that Fortnite is completely free. You can also play it across multiple platforms, and the gameplay is perpetually replayable.

This summer, Microsoft has introduced an Xbox One S console that honored Fortnite. The design is very distinctive because of its deep purple shade. The console is split in half by two-color shades–one is a deep purple, and the other is light violet.

The console also came with a matching controller that is also colored–what else?–deep purple. The controller is completely wireless, so you are not tethered to the console while you’re playing Fortnite.

There’s no difference between this Special Edition Xbox One controller and one released last summer. They have the same design and color shade, but that one was bundled with the console. Now, Microsoft is selling the Fortnite Xbox One controller as a standalone product.

As to the design, the buttons are accented by bright purple which contrasts with the deep purple body. The illuminated Xbox logo provides a perfect foil to the almost monotonous indigo color of the controller.

Even if you don’t own the Xbox One S limited edition Fortnite console, don’t fret. You can use this Fortnite wireless controller with any Xbox One controller.

Nevertheless, the Fortnite Battle Royale edition console is still available in the market today, that is, if you are interested. That one features 1TB of storage, native 4K capability, high dynamic range, and spatial audio. When you buy the console, you will get a Legendary Dark Vertex costume. The costume is Fortnite Battle Royale Xbox One S console exclusive. This means you get bragging rights when you play the game. For good measure, you will also receive 500 V-Bucks that you can use to buy items in the game.