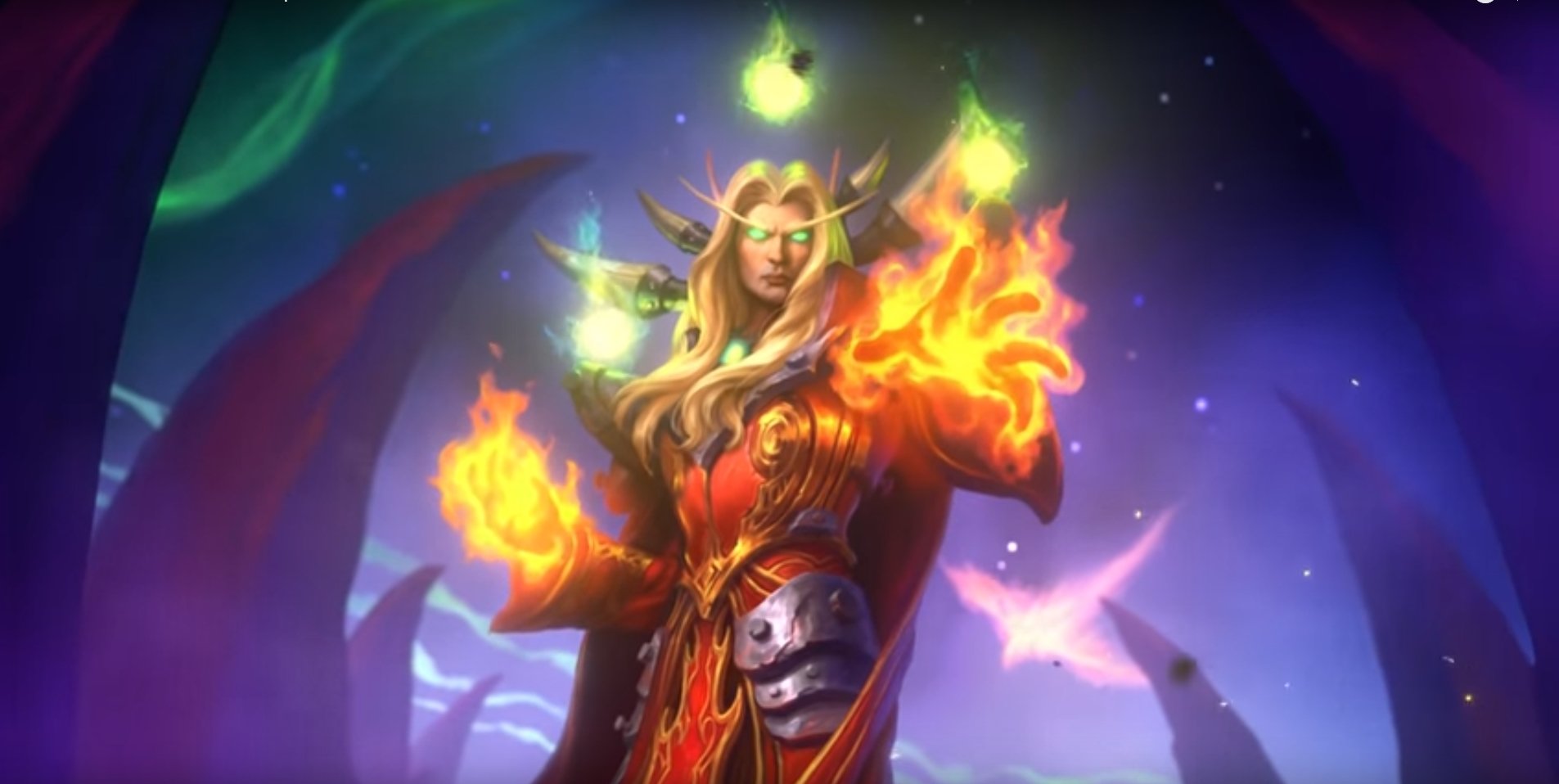 Outland… A wild and dangerous world.

Blizzard has announced their newest Hearthstone expansion, complete with a great number of features, cards, and even a new hero class! This marks the first time that Blizzard has released a new class for the title since the launch date, and it’s arguably the most highly-demanded option they could’ve gone with.

The new class will be the Demon Hunter, with none other than resident edgelord Illidan Stormrage to serve as the avatar. You can read our write-up on the class’s new abilities and playstyle here.

“Ashes of Outland brings Hearthstone players to the memorable setting of World of Warcraft’s first expansion, The Burning Crusade, only to find it has been razed by an unstoppable force for destruction known as the Rusted Legion,” Blizzard writes in their description of the expansion. “The Black Temple stands as the last bastion of civilization in the war-=torn realm, where the self-proclaimed lord of Outland, Illidan Stormrage, and his army of Demon Hunters fight to take back their world.”

It’ll be interesting to see this strange new Rusted Legion and what they bring to the table, though good money could be placed to bet that they’ll have mechanical cards. New mechanical cards aren’t all we have coming for us, though.

Blizzard has introduced a new sort of legendary minion, called Primes. These cards start off as a normal legendary card with a deathrattle that shuffles their Prime upgrade into your deck. The prime version is, to quote Blizzard, “a vastly-upgraded (some may even say completely overpowered) version” of the original card. So that’s nice.

We also have Imprisoned Demons coming, which will serve as Fel Entities that begin as dormant for two turns, untouchable but visible. Once their dormancy ends, they’re unleashed onto the board. This’ll provide another level of necessity to planning your moves out to help ensure that your minions are hitting the field at the right time.

In the world of microtransactions, Blizzard is also adding a Tavern Pass to help players access Battlegrounds perks. It’ll cost about $20 USD or 2,500 in-game gold, and includes four Arena Tickets as well as Advanced Stats, visual emotes, a third and fourth hero to choose from at the start of the game, and early access to new Battlegrounds heroes. If you already have these bonuses, you’ll receive the equivalent beginning on March 26th.

All in all, it looks like a wonderful expansion that’s going to add a wide variety of playstyles to the game, as well as considerably shaking up the meta. You still have couple of weeks until the launch, so do everything you can to be prepared!