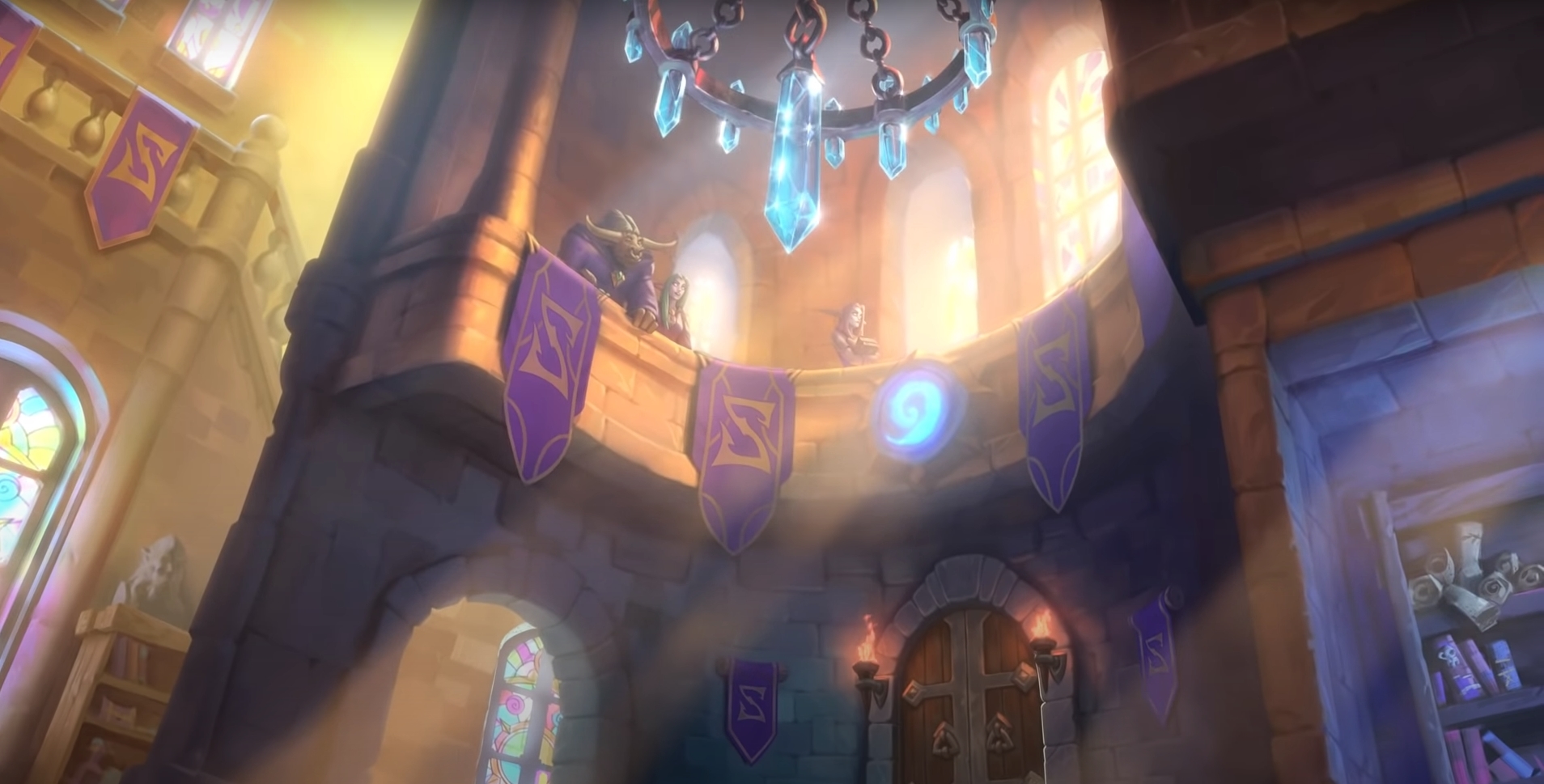 Blizzard has announced the newest expansion for Hearthstone! This newest expansion brings another lightly themed World of Warcraft story to the card-building strategy titan, sending players to the Scholomance Academy.

One thing to keep in mind for lore purists out there is something that plenty of fans have already begun shouting on the internet: no, this story is not lore-accurate to Scholomance, as the content of Hearthstone generally takes lighter and more comedic turns on the lore.

That said, there are quite a few familiar faces that’ll be popping up for players! The still-breathing Kel’thuzad, one of the most iconic Warcraft figures, will be present as the Headmaster (and presumably final boss) of the expansion as well.

Most of what’s been hinted at thus far is the sinister truth behind Scholomance, which isn’t terribly far from the actual lore of the game. Kel’thuzad seems to be organizing a cult beneath the school grounds, with only the brightest students being invited to the under-school lessons.

There’s much more on arrival than simple sinister schooling, though. Blizzard intends to add in a variety of mechanics that’ll completely alter the meta and change up deck building in countless ways. While there’s still much more to be revealed, the currently-known changes bring an incredible bit of variety into the title.

Welcome to #ScholomanceAcademy! 📚 Prepare for Dual-Class cards, the new Spellburst keyword, and more as you begin your pursuit of knowledge!

One of the most dominant of these features is the introduction of dual-class cards! As the name suggests, many cards are now being added that are exclusive to two classes, bringing mechanics from both classes together.

This functions similar to card games like Magic: The Gathering, where players may mix and match two or more colors to make a deck filled with a variety of options that provides a strategic advantage. Not every class can be mixed, however, as they come in pre-set combinations.

Players also will be utilizing the Spellburst keyword, a new mechanic arriving with the expansion. Spellburst is another triggerable mechanic that some cards have, seemingly to be most commonly triggered by spell casts.

As far as has been revealed thus far, Spellburst seems to trigger once and then disappear, stopping players from triggering the same Spellburst over and over. However, not all cards have been revealed, so this can’t be said for certain.

Of course, new cards are going to be taking center stage. There’s already been quite a few reveals in the ten-minute announcement trailer, such as the familiarly legendary Rattlegore’s arrival, and there’s always going to be more appearing. Get your school supplies ready – we’re going back to Scholomance!

Blizzard Confirms World Of Warcraft: Battle For Azeroth's Corruption Mechanic To Be Removed At Shadowlands Pre-Patch